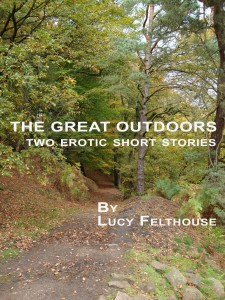 Just to get you in the mood, here’s a small sample of what to expect when you (hopefully) buy your copy:

Now Karla was truly dumbfounded. Here she was, relaxing after a busy week at work and trying to forget her troubles – or rather lack of them – with the opposite sex, when suddenly a live sex show was playing out in front of her!

So, go on, what are you waiting for? Grab your copy of The Great Outdoors now – and please let me know what you think!

2 Responses to "The Great Outdoors – Now Available on Smashwords.com!"