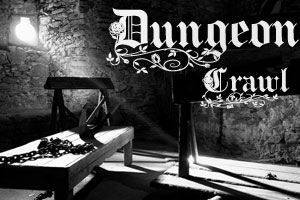 So, without further ado, here’s my snippet for this week, which is from Stately Pleasures. It follows on directly from last week’s post. Don’t forget to scroll down when you’re done reading and go and check out the other blogs on the hop. Happy crawling!

Jeremy, with his dark, cropped hair, expressive blue eyes, sinfully plump lips and … Fuck, he even had beautiful hands. Long, graceful-looking fingers that she suspected had just been playing with her pussy. So they probably smelled of her. Words just couldn’t describe how sexy he was. And she hadn’t even seen any of his body yet. It was clear that he looked after himself, but he wasn’t as big as Ethan in the muscle department. Regardless of that, she’d probably still turn into a puddle of mush at his feet when she saw him naked for the first time.

Then there was Ethan, who certainly didn’t play second fiddle to his friend in the looks department. He was attractive in a completely different way. His height and muscular frame would immediately draw the eye of any straight woman in a room. Even if her husband was Brad Pitt or George Clooney. But where Jeremy was handsome in a brooding and traditional sense, Ethan was much more approachable. His chin-length brown hair, green eyes, and smile to die for would have the ladies queuing up to talk to him, especially when he flashed his dimples. But he could also give off vibes designed to keep everyone away – particularly when he looked all intense. Dependent on the reason for the intensity, of course. He’d looked pretty full on when they’d been together earlier, and she couldn’t remember the last time she’d been so hot for a man.

Until now, of course. She was super-hot for both of them. Two fucking men, for God’s sake! Two intelligent, gorgeous, sexy men.

Suddenly, Alice was worried. They hadn’t even started playing their kinky games for real yet, and she was already shocked by the strength of her need. If they carried on like this, those feelings would grow stronger and maybe mutate into something emotional, as well as sexual. And that would never do.