An Interview with Charlotte Howard (@shy_tiger)

I’m delighted to welcome Charlotte Howard to the site as part of her blog tour for The Black Door. She’s telling us all about the book, not to mention Alex O’Loughlin and Kate Beckinsale. Take it away, Charlotte…

I wear a lot of hats! I’m mum to two young children, so spend a lot of time running around after them and their many afterschool activities (recorders, swimming, Brownies…), and I volunteer at our local primary school and for Rainbows (Girl Guiding Association) so with all that and writing, I don’t have a lot of free time. I used to freelance as a pet health care writer, but don’t have the time to write any new articles, so put them up where I can.

When I do get five minutes, I’m reading or watching TV. I’m addicted to my murder-mysteries – Bones, Castle, Murdoch Mysteries, and a few fantasy series like Grimm and Once Upon A Time. We’ve just started watching Game of Thrones as well.

The Black Door is a contemporary / light erotic romance – it lies somewhere in between. The story is about Imogen Pearce and her self-discovery. After writing my first novels (Seven Dirty Words and Four Letter Words), a reader mentioned that all heroines seem to be rich, beautiful and young. So I created Imogen – fast approaching 40, recently divorced, and mum to four children aged between 18 months and 19 years old (ish). She has to compete against the younger generation for clients, and has a low opinion of herself. I wrote it to prove that you don’t have to be under the age of 30 to be sexy.

I didn’t do much research for it, since I am a mum over the age of 30 and know what it’s like to look in a mirror and see everything heading south and the spaghetti junction of stretch marks on your stomach, bum, and thighs! I have a lot of friends who are single mums, and I guess they were my inspiration in to how difficult life can be and how much support you need as a single parent – mum or dad.

When I told my friends about the story line, they did suggest we went to a fetish club, for research obviously.  We still haven’t got round to that though…

I’ve always written poetry and short stories. My first publication was a poem I wrote when I was 10. Four years later, my grandma entered it into a competition and it was published in an anthology. That’s how I got the bug, and my goal was to be a published author.

I wrote my first novella while I was pregnant with my daughter and self-published it in 2010. But it wasn’t great and hadn’t been edited, so I took it out of print as soon as I realised what it takes to be a writer.

As a freelance writer, I made a lot of contacts in the publishing world, and it was through those contacts that I got my first contract for Seven Dirty Words & Four Letter Words. I also joined my local writer’s group, and started attending events such as The Romance Festival in Bedford, and Smut by The Sea in Scarborough. Through these I met other writers and found out about other Indie and small publishers.

I still send manuscripts out to bigger houses, and well-known agents, but I don’t hold my breath. I like working directly with the publishers and editors. I feel I have a lot of control over my books, certainly a lot more than I would have through one of the Big Six.

There’s always at least one WIP on my laptop. I’ve just been on holiday to DisneyLand Paris though, so don’t have anything in particular right now. I’d like to work on my next series but need to get back into my writing head first. After four days in the Disney bubble, I need a week to recover!

I don’t have a particular Muse as such, but I do have a Pinterest board full of “Delicious Temptations”. I am a big Will Smith fan, but when it comes to my main character’s it’s usually a picture of Alex O’Loughlin (Hawaii Five-0) in my head. I love him so much… Did I actually type that?? Whoops…

A best-selling author with a huge contract (hey, I said I don’t hold my breath, not that I didn’t want a deal with one of the Big Six!). More realistically though, I’d like to be earning enough royalties that my husband can do photography full-time as opposed to part-time and working a full-time job.

Non-writing wise? I’m happy as I am. Although our plan is to buy an old farmhouse that needs renovating.

Tattoos or piercings? Ink me baby! Love a good tribal tattoo going down the arm, leg or over his back!!

Hottest celebrity (tell us why, if you like)? Panic!!! Too many to list. Alex O’Loughlin for looks and tattoos, Will Smith for making me laugh.

Top same-sex crush (or opposite sex if you already like same-sex!) Kate Beckinsale. No contest. She’s on my list of celebrities I’m allowed to cheat with.

Most disliked celebrity (tell us why, if you like) There’s a couple of comedians I just don’t find funny, and I don’t appreciate slapstick humour, but there’s no one in particular that I dislike.

Favourite book (tell us why, if you like) Hitch Hiker’s Guide to the Galaxy – it’s the one book I can read over and over again, and still laugh out loud to.

Favourite place in the world (tell us why, if you like) St. Lucia. I’ve never been, but it’s supposed to be the most romantic island in the world.

Anything else you’d like to add? Buy my book please? Lol. Thank you for interviewing me 🙂 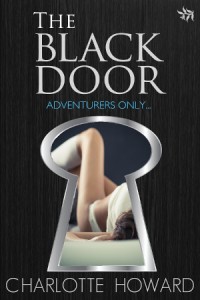 Imogen Pearce is a single mum of four children and fast approaching 40, she works at Ryedale Incorporated where she has to battle a younger and smarter generation to get to where she wants to go. If that means taking on the account of Cherry and Sean Rubin’s adult shop, then she will. But what happens when Imogen discovers the private club that they run at the back? And what happens when she realizes she knows quite a few members?

Men. All the bloody same.

My mind traced back to the day I had given up on one-sided monogamous relationships.

The children were at school or work, and the sun was beating down. It was a glorious day, and I had decided to go home for lunch, rather than spend it in a stuffy office.

I pulled up outside the house and a fleeting thought passed through my mind when I saw Connor’s car sitting in the driveway. My husband of eighteen years had had the same idea.

I wanted to blame the events that followed on a red mist descending over me. The truth is that in the time it took for my mind to register that some tart was riding my husband in what I later found out was known as reverse cowgirl, my mind had calculated the necessary response.

The skank lost a good handful of bleached hair, roots and all. I allowed her to gather her clothes and watched as she tugged her pants on whilst running out of the house. If nothing else, the neighbours got a good show.

Connor yelled at me. But his words were drowned out by the blood pumping in my ears. I marched back up the stairs and into his little study. Opening the window, I saw Miss Slut stood in the middle of the road, screeching obscenities at me. I looked at the Ferrari in our driveway and smiled.

I think his Xbox enjoyed its first and final flying lesson as it sailed out of the window. The fact that it landed in the bonnet of his prized mid-life crisis proved that Karma does exist.

I made a mental note of the two names at the top of my imaginary hit list.

I blinked and I was back in the boardroom. 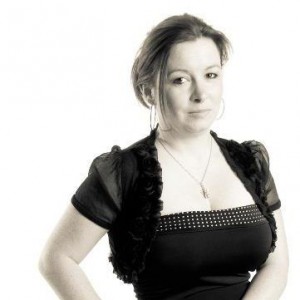 British author Charlotte Howard, was born in Oman and spent much of the first part of her life flitting between Oman, Scotland, and England. Now settled in Somerset, Charlotte lives with her husband, two children, and growing menagerie of pets.

Her career as a writer began at an early age, with a poem being featured in an anthology for the East Midlands. Since then Charlotte has written many short stories and poems, and finally wrote her first full-length piece of fiction in 2010. Her debut novel was published in January 2013.

During what little spare time she has, Charlotte enjoys reading and writing (of course), spending time with her family, and watching action movies whilst eating curry and drinking tea.