I’m delighted to welcome Jodi Ellen Malpas to the site, where she talks about her route to publication, her celebrity crushes and her favourite city on earth. Take it away, Jodi… 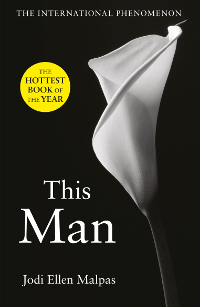 My name is Jodi Ellen Malpas, affectionately known as JEM to many of my readers. I’m 34, a mother of 2 boys, and I’m a sucker for an alpha male! I live just outside London – my favourite city on the planet. I wrote This Man in secret, wondering the whole time what anyone would think if they were to read it. My imagination run riot and shocked me with what I was capable of dreaming up. It was my soul on paper. Putting it out there for a stranger to read seemed a ridiculous idea. But I did. And I’ve never looked back. My perfect love story turned out to be millions of other women’s love story, too. Two months after sharing my story with the world, I found myself in New York meeting agents. It was then I made the decision to leave my day job. That was tough as I worked for my father, but he came to NYC with me, soaked up the opportunities that I was been presented with and let me go off into the big wide world with his blessing.

History fascinates me to the point of obsession and I have a slight Converse addiction. 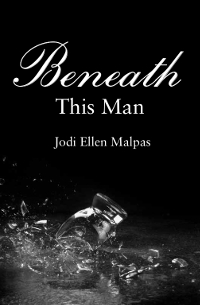 After This Man was received so enthusiastically, I was so nervous about my next project. I wrote almost the entire trilogy in secret – no pressure, no expectations, just a story for me. That all changed with One Night. I suddenly had a following of readers waiting for something new from me. Jesse Ward, the hero of This Man, is widely loved. Dreaming up another male lead who could capture my readers as much worried me. I didn’t want to replicate Jesse. He’s a man on his own, but I wanted equal intensity, but on a different level. Miller Hart of One Night evolved very quickly. He’s very different to Jesse and was intended to be. He holds similar qualities, like dominance, but on a more subtle level. He also has an array of traits that Jesse doesn’t. Whereas Jesse took emotion to extreme, sometimes crazy levels, Miller is emotionally shutdown. His impassive persona, along with his devastating looks, is what captures Olivia’s (the heroine of One Night) attention. She’s fascinated by him to the point of obsession. Olivia has spent the best part of her adult life closed off from the world – something she’s done willingly for reasons that evolve during the course of the story. Her brief encounter with Miller Hart, plus the note he leaves on a napkin in the bistro where she works, ignites something within her that confuses and scares her. And she offers him a solace that he’s never thought possible. The one night he offers her is the very beginning for their epic love story. 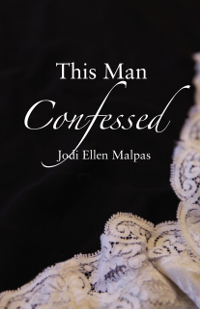 Like I said before, I wrote This Man in secret. Women lose themselves in the fictional world of books every day. I lost myself in my own story. After confessing to my best friend, she convinced me to let her read it and the rest is history, I guess. I approached a few London agents without success, then looked into self-publishing. I released This Man in October 2012 with that mind that if 100 women read it and loved it, I’d be happy. The reality is very different. I suddenly had thousands of women following me, eager for the continuation of Jesse and Ava’s story. I released Beneath This Man in January 2013 and it went to #1 in the Amazon erotic charts in both the UK and US. My mind was blown! I was signed by ICM, a US based talent agency, in January 2013 and had an amazing publishing deal presented to me soon after. The release of This Man Confessed, the final book of the This Man Trilogy, in July 2013 under Grand Central Publishing was the highlight of my new career so far. It went to #1 on The New York Times, which sent my already blown mind to a whole new level. I still don’t think I’ve quite gathered myself since.

I’ve just wrapped up One Night- Unveiled, the final book of the One Night Trilogy. I’m telling myself I need a break as it’s been a fast and furious 2 years, but I feel a little lost when I’m not writing. Another man has invaded my thinking space, so I’m delving into a new world with a whole heap of new characters that I already love 🙂

I never set out evolving a character with anyone particular in mind. I know exactly what they look like in my head and sometimes I get sent pictures by readers and I’ll think…’yeah, he could work.’ Or ‘Wow! He’s perfect’ but I never publically express that. I think it’s important for my readers to visualise their perfect muse.

Ooohhh… Writing wise, I hoped to have consumed the minds of many more readers with many more stories. On a personal level, I can only hope I’m as happy as I am right now.

Muscled or skinny? Muscled…but not TOO muscled. I guess lean is more me.

Tall or short? Tall! The taller the better!

Intelligent or funny? Can’t I have both?

Blond, brunette or red head? My taste is quite diverse. Jesse has dirty blond hair, Miller is dark.

Hottest celebrity (tell us why, if you like)? Now? Hmmmmm, Justice Joslin.

Top same-sex crush (or opposite sex if you already like same-sex!) Angelina Jolie.

Most disliked celebrity (tell us why, if you like) Really? I dare not say. She’s a viper. I don’t want any backlash!

Favourite book (tell us why, if you like) The Da Vinci Code. I love how Dan Brown incorporates history on such a detailed level. Fascinates me.

Favourite place in the world (tell us why, if you like) London! Always London. Everywhere you turn, there’s something beautiful to look at. It’s grand and drenched in history.

Anything else you’d like to add? Only a thank you for having me 🙂 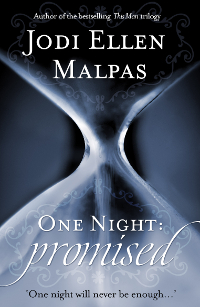 ONE NIGHT WILL NEVER BE ENOUGH . . .Livy notices him the moment he walks into the coffee shop. He’s heart-stoppingly stunning, with a blue-eyed gaze so piercing she’s almost too distracted to take his order. When he walks out the door, she thinks she’ll never see him again. Then she finds the note he left on his napkin . . . signed M. All he wants is one night to worship her. No feelings, no commitment – nothing but pleasure. Every defence mechanism Livy has adopted during her solitary life is at risk of being obliterated by this confounding man. He’s obnoxious but well-mannered. He’s a gentleman but aloof. He’s passionate but emotionless. Yet the fascination is so powerful, Livy can’t deny him…or herself. M awakens something in Livy, Something deep and addicting that she never knew existed—and that she fears only he can satisfy. But she senses that behind the fast cars, fancy suits, and posh apartment, he’s aching inside. To have him, body and soul, she’ll have to brave his dark secrets. Delving into his world and breaking down his defences becomes her obsession – an obsession that could shatter her heart beyond repair… 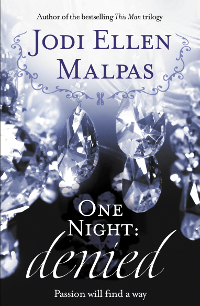 He’s amazingly wealthy, sinfully gorgeous, and can bring her to heights of pleasure she’s never before known. For Livy, there’s no turning back. She’s determined to be the light in Miller Hart’s dark world. Yet this new life comes with a steep price…

Miller knows that the power he possesses hasn’t come without sacrifices—but he won’t let Livy be one of them. Though he wants nothing more than to have her in every way, his first duty is to protect her at all costs . . . from his sins, his enemies, and especially himself.

But as their insatiable affair intensifies, the two attract the attention of an obsessive—and dangerous—third party. Discovering new revelations about Miller that rock her to the core, Livy will have to decide whether Miller is ruined beyond repair. And he must face his fear that in order to save her, he may have to lose her after all . . .

Jodi Ellen Malpas was born and raised in the Midlands town of Northampton, England, where she lives with her two boys. Working for her father’s construction business full time, she tried to ignore the lingering idea of writing until it became impossible. She wrote in secret for a long time before finally finding the courage to unleash her creative streak, and in October 2012 she released This Man. She took a chance on a story with some intense characters and sparked incredible reactions from women all over the world. She’s now a proud #1 New York Times and Sunday Times Bestselling author.

Writing powerful love stories and creating addictive characters have become her passion – a passion she now shares with her devoted readers.