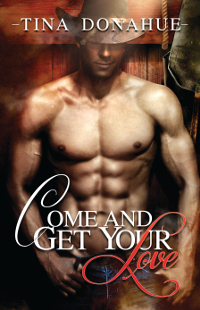 Their desire wasn’t supposed to be real…

With millions willed to her in an incentive trust, Lissa can get the dough to start her own country music label when she meets one of the no-contest clauses. Namely, reach middle age in twenty years, work in the hated family business for a decade, or marry someone not in the music biz.

Marriage it is, at least for a year to satisfy her greedy brother who wants the inheritance.

Enter Cass, a hot Texas rancher who dampens Lissa’s panties. With a pile of medical bills from his brother’s accident, Cass agrees to wed Lissa. She’s sweet to look at, surprisingly pleasant for an Atlanta debutante, and makes his jeans feel tight as hell despite their no-sex contract.

Uh-huh. The devil’s in the details. Longing gazes turn to tender intimacy and wild nights with pretend feeling all too real.

Damn shame it may be too late with her brother gunning for them both. 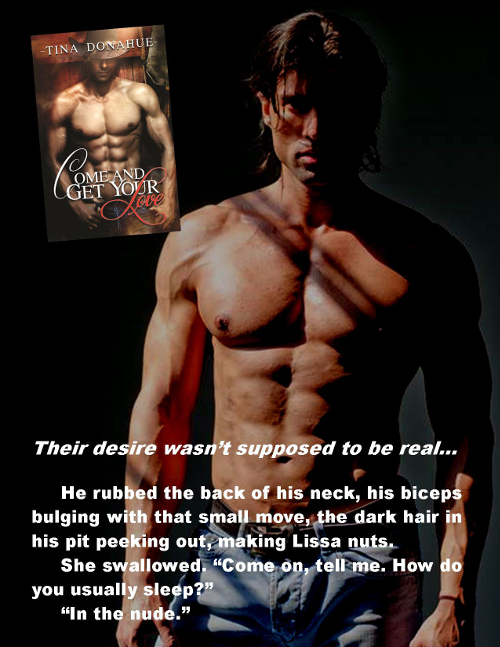 Lissa trembled slightly at his approach, delight mingling with uncertainty that she was actually going to do this.

He stopped near enough to touch but not to intimidate. “Nice to meet you.”

The world shifted slightly at the quiet thunder of his voice, rumbling and deep, unbelievably sexy. However, Lissa also heard caution.

Before either of them bolted, she offered her hand. “Mr. Bronson.”

“Please, call me Cass. We are engaged, right?”

He had a beautiful smile. His teasing wasn’t bad either. “We are. So you best call me Lissa.”

“Lissa it is.” His hand swallowed hers, his skin warm and dry, palm deliciously calloused.

Lissa’s knees wavered, and her pussy creamed. Good lord, he felt good and smelled awesome. Something fresh and woodsy with a hint of vanilla. Old Spice? She leaned closer to get another whiff, the top of her head coming only to his shoulder. His pecs strained against his tee with his breath.

She never knew a man’s chest or shoulders could be so broad or his hair so freaking perfect. Thick, shiny, a warm chocolaty color falling in tousled waves over his forehead. His brows were also dark, his skin bronzed from the sun, eyes a surprising shade of gray with laugh lines at the corners and an inner fire that stole her breath.

What in the world would he be like in bed when he unleashed his passion? How did he behave with a woman he really liked and truly wanted?

So much longing pulsed through Lissa, she couldn’t think.

“We should go inside and get the legalities taken care of,” Auggie mumbled.

With his reminder that this was merely a deal, not a love match, Lissa finally eased her hand from Cass’.

After regarding her for a tantalizingly long moment, Cass inclined his head to the house. “We can talk in the kitchen.”

Auggie took Lissa’s arm to keep her from following, possibly drooling. Leaning into her, he whispered, “It’s only for a year. Remember that. It will end.”

Of course, it would. Auggie didn’t have to keep reminding her of the obvious. Even if this hadn’t been a business arrangement, Cass wasn’t going to fall in love with her. None of the other men in her life had, except for Auggie. The guys Lissa had dated and foolishly hoped she’d share a future with were interested in her pedigree or wealth, not what she had to offer as a person.

Suppressing a sigh, she gave Cass a nervous smile as he held the front door open. “Thank you.”

He regarded her with easy warmth. “My pleasure.”

Damn, he was hot and nice. The whole enchilada. Once inside the house, Lissa calmed her wayward lust by taking in the front parlor that boasted polished hardwood floors along with Victorian knickknacks and furniture. The room smelled lemony fresh and clean, genuinely loved.

She smiled. “What a beautiful place.”

“Grandma and Mom did all the decorating.”

He was directly behind her, sending Lissa’s pulse into a sprint from his voice and proximity. If Lissa hadn’t known better, she would have sworn she felt his body heat. “They did a great job.”

“Thanks. Kitchen’s this way.”

Lissa and Auggie followed him through a hall with snug rooms on either side, all with high ceilings and vintage furniture. The kitchen was as immaculate as the rest of the house, the appliances old but well cared for.

Although she’d grown up in one sumptuous Atlanta mansion after another, they’d always seemed like museum displays to Lissa. None a real home where people actually lived and loved.

This was a place where she could easily picture Cass as a child. A tall boy, to be sure, but one who had run down the narrow halls, whooping and hollering as he waved his baby Stetson. Thinking of that, she grinned.

“Lis?” Auggie said, pulling out a chair for her. He had their laptops on the kitchen table next to where Cass had his.

“Would you like some ice tea, Dr. Pepper, milk?” Cass hung his Stetson on a hook. “Or would you prefer something stronger?”

Lissa stopped tapping her feet against the floor and gave him a brief glance. A longer one would have had her grinning like a fool or whistling a happy tune. “Nothing for me, thanks.”

Cass sank into the chair next to hers, facing Lissa as he stretched his legs to the side, crossing them at the ankles.

A wave of his fragrance rolled over Lissa, this time tinged with musk that made her head swim. She wondered what size boots he wore. Crossing her legs, she lifted her big toe, gently touching the side of his jeans.

Reminded of what had brought her there, Lissa suddenly wasn’t. She lowered her foot from Cass’ jeans.  “No.” 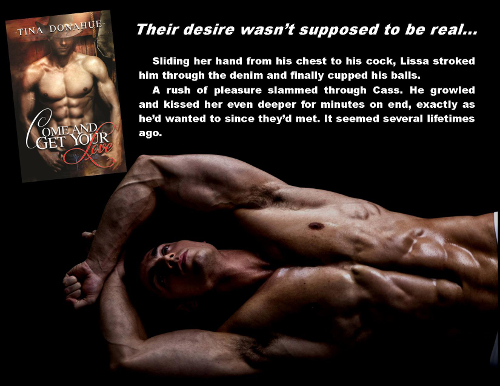 I’m an award-winning, bestselling novelist in erotic, paranormal, contemporary and historical romance for Kensington, Samhain Publishing, Ellora’s Cave, Siren Publishing, Booktrope, Luminosity, and indie. Yay! Booklist, Publisher’s Weekly, Romantic Times and numerous online sites have praised my work, and trust me, I’m forever grateful for that. I’ve had my books reach finals in the EPIC competition, one title was named Book of the Year at a review site, and others have won awards in RWA-sponsored contests. I’m actually featured in the 2012 Novel & Short Story Writer’s Market. Talk about feeling like a freaking star. Before my writing career, I was the editor of an award–winning Midwestern newspaper and worked in Story Direction for a Hollywood production company. Outside of being an admitted and unrepentant chocoholic, I’ve flown a single-engine plane (scary stuff), rewired an old house using an electricity for dummies book, and have been known to moan like Meg Ryan in When Harry Met Sally whenever I’m eating anything Mexican or Italian. Yeah, I like to eat (burp).