The Magic of the Serpentine

The magic of Kensington Gardens—home of Peter Pan—may be well known, but its adjacent neighbour, The Serpentine, may be less so. It got a big boost during the Olympics because the Triathalon began there. 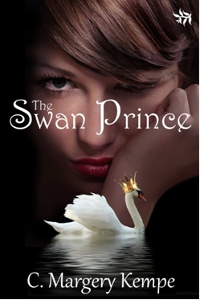 I set the opening of The Swan Prince there even though the initial spark of the idea came to me in Galway. Living in the west coast town you just can’t miss the swans everywhere you go. They rule the city! And don’t they know it, too. They pose for pictures or else sail regally up the Corrib.

The Serpentine is a more tame sort of place than Ireland’s wild coast, but it seems the perfect place for a swan prince in exile. After all it was created by the wish of Queen Caroline back in the 18th century. Although artificial, royal gardener Charles Bridgeman created it to appear natural.

In the 19th century the lake got a new notoriety when the poet Percy Bysshe Shelley’s pregnant first wife drowned herself in its waters. He married Mary Wollstonecraft Godwin just a couple weeks later. That tragedy was just one of several that coloured the mind who created the immortal Frankenstein.

The Serpentine is the border between the magic of Kensington Park and the more brisk busyness of Hyde Park, with its Speaker’s Corner and horse paths. As you cross over the Serpentine Bridge, it offers a moment of contemplation. The boaters dot its surface offering Londoners and tourists alike a little oasis of gentle fun in the midst of the bustling city.

And if you haven’t enjoyed the café at the water’s edge, you just haven’t had one of the nicest treats in London.

Here’s a little snippet of the novelette, where Lena and Charles head to the café after he dramatically rescues her brother Freddy from the waters:

Lena smiled and turned to the young man trying to dry his clothes with the rough blanket. “Can I buy you a tea and cake? And maybe you’ll tell me your name?”

When he laughed, Lena admired the easy smile he gave her, the deep blue eyes and the fine, strong features of his face. The startling white stripe in his hair didn’t appear to be any indication of age, for his face looked as young as her own.

“Charles Downing.” He shook her hand. Even chilled by the waters of the Serpentine, the warmth of his grasp and the feeling of his skin against hers, sent familiar feelings shooting through her. His gaze held hers. Then they both flushed and looked away from each other. What is this? Lena thought.

And with a grave seriousness, he turned his gaze to her brother and said, “Pleased to meet you, Freddy.”

“Let’s have cakes!” Freddy exclaimed, nearly tripping over his blanket and immediately dragging his new friend toward the café. Charles grinned back at Lena and allowed himself to be jerked along.

“Freddy, don’t pull on Charles like that. He doesn’t even know you.”

Charles’s voice had a wonderful warm tone that caused little vibrations along Lena’s skin, waking her senses. Oh my. She laughed, too. She found it rare to be so instantly at ease with someone, and so fascinated. It had been so long since she had felt that frisson of instant fascination—and attraction.

Freddy jumped up and down at the counter, demanding hot chocolate and cake. Charles wanted to demur from anything, but Lena insisted he at least have a coffee. “If only to drive away the chill,” she said with mock seriousness.

They sipped their hot drinks and chatted between outbursts from Freddy, who saw the need to name everything he could in the café. In no time at all, Lena confessed her despair about her joblessness and Charles offered a sympathetic ear.

“You moan that your life is so dull and then when something catastrophic occurs, you realise just how good things had been.” He sighed and looked away.

“Ah, you too?” Lena watched the faraway look in Charles’ eyes. A shadow crossed his face, as if a storm had blown in from the coast. “I’m glad I have my folks to rely on, but it’s a bit miserable feeling, as if I have no say-so in my own life.”

Charles gave her a rueful smile. “I no longer have family to protect me. I suppose I should be happy enough on my own, but I envy your safety net.”

Lena put a hand over his. “How awful to be on your own!”

Charles shrugged, but he didn’t remove his hand from under hers. “We do what we can with the fate we’ve been handed.”

“Why don’t you come to tea?” Lena asked, surprising even herself with the sudden inspiration. “We can always add one more place.” Don’t push, Lena, maybe he has a girl friend. Or boyfriend. Or somewhere to be.

Charles smiled, but with regret. “I can’t do that. But tomorrow . . . would you like to meet up for lunch?”

Lena balanced her initial regret against this new possibility. “Sure. Where shall we meet?”

Lena grinned. If there were anything that could make this handsome man even more appealing to her it would be a fondness for Pan and his statue, her favourite spot in Kensington Park.