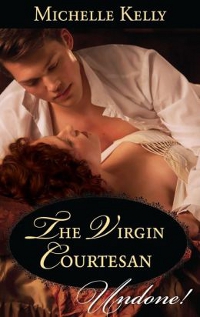 The more I dug into the period though, the more I realised why it remains a popular era for readers of hot and steamy romance. The erotic potential was spine-tingling, in fact. It was a time when handsome men in tight breeches danced under the stars with women who had never been kissed, while beautiful courtesans were the toast and talk of the town. A time of men fighting duels to the death to defend the women they loved, of notorious gambling halls, decadent fashion, daring revolutions and whispers of scandal. If I had to sum the period up in one word it would be this; juicy.

Extract from ‘The Virgin Courtesan’.

Juliana shifted uncomfortably in the rattling stagecoach, trying to calm the nerves that assailed her. She drew her pelisse around the white muslin gown that was far too revealing, with its plunging décolleté, to be any use against a chilly spring night. It wasn’t just the cold that was making her shiver; she was on her way for an intimate evening with Lord Salter, and if the night’s events went as planned she would officially be a courtesan. The new toast of Covent Garden….

The stage rattled on. Taking a peek out, Juliana saw that it was near dark, and jumped at the sudden hoot of an owl. They were some way outside London now, in woods Juliana was unsure of. Quite why Lord Salter couldn’t simply receive her at his town house, which would be far more usual, she had no idea. She began to wish she had accepted the gin that Rose had offered her before she left. But on an empty stomach, she had not deemed it wise.

The coach came to an abrupt halt, causing Juliana to drop her fan. Cursing in a most unladylike manner she went to see what the problem was, then froze in horror as she heard the words every night traveller dreaded.

A highwayman. Though the laws against them were stricter than ever and the penalty, death, still they were known to menace English roads. Desperate and dangerous men, most of them, in spite of the romantic tales of ‘gentleman highwaymen’ that went around. No woman who repeated such tales had ever actually encountered one, Juliana wagered.

Nevertheless, as the coach door was flung open, the first impression Juliana got, in spite of her fear, was of a tall and handsome man, with a full sensual mouth under his mask and strong lean thighs in his breeches.

‘Your purse, Madam,’ he insisted in tones that struck her as well cultured for such a devil. Then she saw the pistol in his hand and heard the terrified pleading of the stage coach driver, and his face swam before her, then vanished into darkness. 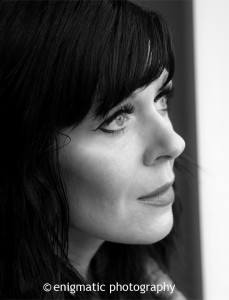