We’re only a few weeks into 2013 and I can already tell you what I’m going to struggle with this year. 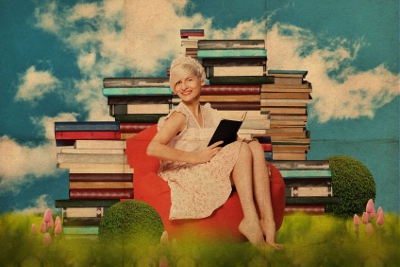 For me, 2012 was all about writing. I knew I wanted to throw myself into that and I did. Maybe you’ve picked up a sport or a hobby or a relationship and devoted yourself entirely to it. We’ve all been here, where our sole focus creates our world, our focus.

Writing has been that for me. I live with the characters inside my head, the different plots and the antagonists who plot to take over the precious few hours I sleep. And I was happy because I knew it was what I wanted to do with that year.

But this year I want a more balanced life. I’ve made an effort to get more involved in my local community and in a few short weeks I swear I’ve doubled my number of friends. My social calendar has taken off. And I still need to fit writing commitments in there.

This isn’t a new struggle for anyone. It’s the need to prioritize things and complete due dates and still be able to make the casserole for Sunday lunch. It’s harder especially in the weeks and months after the new year because we’re all trying to cram more into our lives. More working out. More family time. More self improvement. More of everything!

In all of this, don’t forget to take a moment for yourself. This is something I struggle with. I have this crazy idea that I am Superwoman. That on my shoulders can rest the weight of the world. I can solve all problems, big or small. Nothing is beyond my capable hands. But that’s a lie. And I’m going to have to be okay with it.

How do you prioritize things though? For all of us it’s going to be different. You might be married, with or without kids, and that’s a whole other set of obligations. I’m single and unattached, no children and a family who takes care of themselves. I really just have to figure out prioritizing day job, writing job and social life. It’s not that hard, but when I’ve been so focused on writer me it’s a little jarring to have so many commitments.

Whatever your basket of responsibilities, make time for yourself. A bubble bath. A good book. A nice meal. Even Superwoman’s got to have a moment of rest. 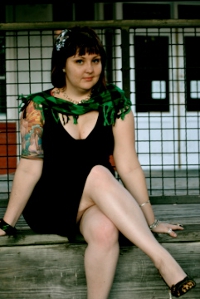 It can never be said that Sidney Bristol has had a ‘normal’ life.  She is a recovering roller derby queen, former missionary, and tattoo addict. She grew up in a motor-home on the US highways (with an occasional jaunt into Canada and Mexico), traveling the rodeo circuit with her parents. Sidney has lived abroad in both Russia and Thailand, working with children and teenagers. She now lives in Texas where she splits her time between a job she loves, writing, reading and belly dancing. 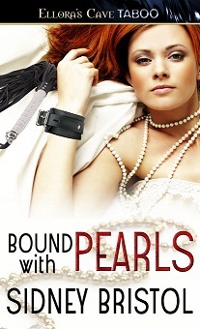 The last thing Christine wants to do is another favor for her sister, but Lucy always gets what she wants. This time it’s Chris playing sub to a demanding Dom. Their relationship begins with a power exchange and progresses to time spent between the sheets. Now emotions are getting complicated and the Dom isn’t just a hunky guy in black.

Daniel’s expectations are turned upside down when he meets Chris. She’s more than a well-trained submissive. She’s a woman with a body he wants to memorize. He’s willing to spend as much time as it takes to learn her, because she might be his match and his muse. He’ll make her come so hard he’s imprinted on every inch, and then he’ll offer her the most precious thing he can, himself.