Thank you for having me at your blog today! I’m here to talk about Max’s Desire, where sex, demons, art and a vibrant European city all come together.

As a writer, one of the most important things when writing paranormal romance is finding the balance between fantasy and reality. There has to be a connection. In Max’s Desire that link occurs when Max travels to Madrid, Spain and meets Eva.

Together, the pair explore the city I have lived in for the past ten years. They visit places I have seen and walked through: Calle Alcala, the rooftop terrace in Santa Ana, the Prado Museum…

I can’t wait to share it with all of you! 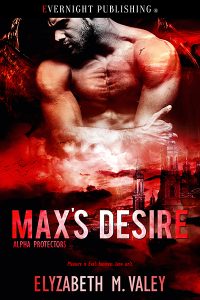 How can a man love a succubus without literally losing his heart?

Alpha Protector Max almost died during his last mission to Lust’s hellish lair, but the worst torture was his failure to save Eva, a young woman who begged for his help. When he meets her again in Spain, he discovers two things. One, she is his mate. Two, she is also a succubus.

Though Eva has not come into her full power, her love could still be fatal. For how long will he be able to defy her allure?

Although unaware of her true nature, as a luxury escort, she is used to men falling at her feet. Yet, Max doesn’t. Though his attraction mirrors hers, the soldier does things differently and she can’t help falling for him.

And Eva is terrified by her recurring nightmares. When someone from her past shows up, and the dreams become reality, there is only one thing that can save Max’s heart. 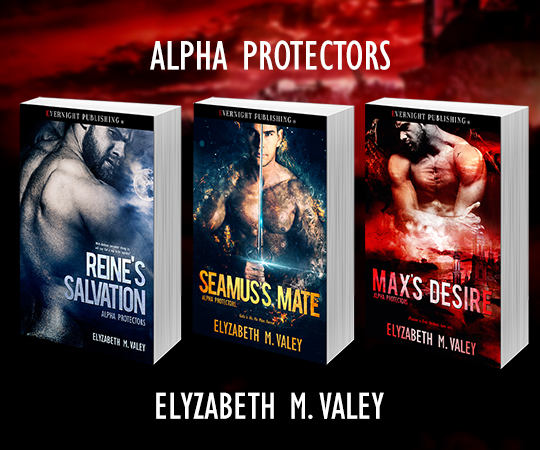 Alpha Protectors follows the story of the Guardians. An elite unit of paranormal soldiers created to balance out the forces between good and evil. Their mission in life is to protect the people, both human and supernatural, from the influence of the seven Sins: Pride, Lust, Wrath, Greed, Sloth, Envy, and Gluttony.

Not only do they have to fight evil, but also their own demons, which can be much worse.

Each novel can be read as a standalone.

She chuckled, self-deprecating, and shifted her gaze. “I had a nightmare.”

“Must have been quite vivid.”

Her bottom lip trembled and she sucked it in.

“I panicked. It was stupid, really. I don’t even remember much anymore, but when I woke up.” She shuddered. “I was screaming your name.”

Her eyes locked with his, shimmering with undisguised concern.

“I thought something had happened to you.”

Max smiled. He rubbed her cheek with the pad of his thumb.

“I’m perfectly fine, and I’m glad you called me. I was in the subway, which is why I didn’t answer.”

He spoke the truth. He’d been on his way to one of the portals hidden in the city, so he could go to the academy and do some research. When he’d received her call, he’d turned back. “How come you fell asleep? I thought you had to get ready for work.”

Eva pressed her lips tightly and squirmed on his lap. Max’s jaw dropped as her welcoming heat caressed his groin through his jeans. He gawked at Eva, taking in her flimsy attire. She hadn’t closed her robe, and the silky material gaped at the front, revealing soft, pink flesh, from the curve of her breasts to the dip of her stomach and lower. Max swallowed. Desire pumped through his veins at the speed of lightning, his cock growing at an equally alarming rate.

“I canceled my date tonight,” she said.

She shrugged and moved again. Her lips parted soundlessly. No doubt she’d noticed the wedge of his erection. Her eyes narrowed and she grinned.

“Well, I wasn’t in the mood to go out, and I couldn’t stop thinking about you.”

“I called in sick. I couldn’t bear the idea of being touched by another man.” She gave him one of her practiced coy looks. “I also masturbated to you.”

Max dropped his arms to his sides. Maybe if he didn’t touch her, he’d escape temptation. She leaned forward, rubbing against him.

Why indeed? How did he explain his fear? How did he tell his mate that yes, he wanted to make love to her but was afraid she’d rip him apart?

Eva placed her hands on his shoulders.

“We won’t fuck if you don’t want to, but let me touch you, please you in other ways.”

She ran her hands across his chest, rubbing the hilt of her palm against his straining nipples. Max threw his head back, swallowing his groan. His cock throbbed relentlessly, desperate to be inside of her.

She brushed her mouth over his, a light feather touch which made his heart pound, quieting the voice in his head. Eva rolled her hips, rubbing against him. Taking hold of his hands, she placed them on her hips. His fingers flexed, then slid beneath her robe to her ass, massaging the firm globes. Her gasp fueled his passion. He dipped lower, finding her slick folds.

His thoughts fled, his mind becoming blessedly blank and focused on only one thing: his mate.  He pushed a digit into her, then another.

Max pulled out and licked her cream. Musky and sweet, it was better than anything he’d ever had.

Grasping the back of her head, he angled her mouth and kissed her hard. Eva snaked her hands beneath his t-shirt. They glided across his abdomen, heading north.

“You’re wearing too many clothes,” she declared.

She tugged on his shirt and he swept it off.

He froze. Fuck. How could he have forgotten? 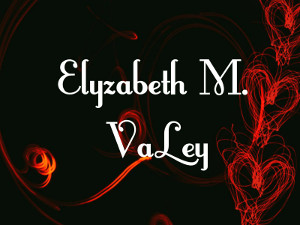