Phaedra Sims had taken the job at the prison to block out the memories in her head as she helps to heal others. Memories of a love that died too soon. Sergeant Rocco De Angelis is a man who has proven his dedication to his job over himself. Phaedra can’t deny the chemistry between them. Rocco plans to make sure she doesn’t. Healing the heart and soothing the soul will definitely be blurring the lines. 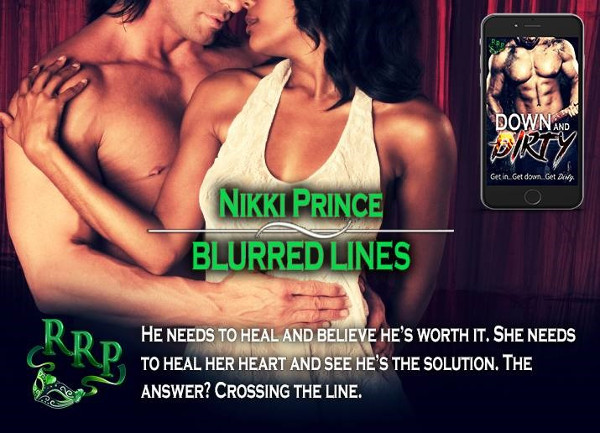 “Do you want to try that again?”

Phaedra Sims didn’t look up as she asked the question. She just continued to write on the notepad that she had in her lap as she sat in her office at the California state prison. In order to make those that she spoke to feel comfortable she didn’t use the couch method but had nice comfortable chairs across from each other in a room with soft lighting. Eye to eye so to speak, although being eye to eye with this client always made her nervous, though she hid it. Not in that he scared her, quite the opposite. The tension was from what being in his vicinity and dealing with the intense excitement he generated in her. An excitement that she could ill afford. She was his counselor after all.

“Is that, right?” Phaedra said simply as she finally glanced up to meet the dreamy sable eyes of Sergeant Rocco de Angelis. She was used to this tactic from him. He’d been in her office more than once at the request of Captain Jackson Brockman. In fact, she’d seen him on and off for the past two years and they’d developed somewhat of a camaraderie albeit tinged with feelings she didn’t want to even think about. He reminded her of Gian Esposito. Gian. The man she’d planned to marry and whose life was cut short.

And of course, today of all days was when she was missing Gian the most. It should have been the day that they were married. Wouldn’t Gian want her happy? It was easier when she didn’t feel. So, much easier to just work herself until she was tired. Rinse, wash and repeat. Healthy? No. But it was perseverance of the highest order.

She pushed the thought of Gian to the back of her mind and turned her focus back to the man sitting before her. Being with Rocco De Angelis would be a problem, she had to remind herself of that.

“Yes, that’s right. I don’t need your help, now just like I didn’t need it a few months ago.”

Rocco was indeed very strong. However even a strong man like him could use help at times. It was getting him to do it that would be tricky.

“The Captain is worried over nothing. I can deal with what’s happened in this prison over the last two years.”

“Okay, so tell me this.” Phaedra paused and took of her reading glasses and set them in her lap as she crossed slack covered legs and leaned forward. “The men and women that you oversee, would you do anything for them that you could?”

Phaedra watched as a blonde brow rose, and he crossed his arms. She knew she’d touched a nerve. Sergeant De Angelis was all about the men and women that were under his care. She’d done her homework on Rocco. He was dedicated to the job and to his men and women. There wasn’t anything he wouldn’t do for them. Yet as impressive as that was even the 6’5, 230 pounds, golden haired and brown eyed, Rocco De Angelis could crumble under pressure. Of course, he didn’t think so. She was there to see that he didn’t crack under pressure as well.

“You know the answer to that.”

“I may know it, but I want to hear it from your lips.” Phaedra leaned back in her chair her pen still in hand as she waited for him to talk.

“I would do whatever it takes for those I work with.” Rocco stated simply.

“Just as I thought. So, knowing you will do anything for them, then there will be no problem in us meeting and you taking care of yourself.” Phaedra began jotting down some notes on her pad.

“Counselor Sims, all I need is to do my job, a good beer and some fun between a woman’s thighs.”

His words managed to dampen her panties and make her wish it was her he was talking about. She cleared her throat and looked up at him. Molten chocolate colored eyes gazed back at her.

“Distractions can be a good thing, yes. However, you need to talk about what’s happened and deal with those issues as well.”

Rocco got up and moved away from her, heading to the window, she watched as he stood there and looked out at the front of the prison. It wasn’t a very picturesque view but she at least had a better view compared to what the officers and the prisoners dealt with daily. Her office faced the front of the prison where one could see all of the comings and goings if they so choose to, as it faced the main parking lot and the main gate. She continued to observe him wanting to give him time to take in what she’d said. He was such a handsome man and at times it was hard for her to separate what she was supposed to be doing versus what she wanted. 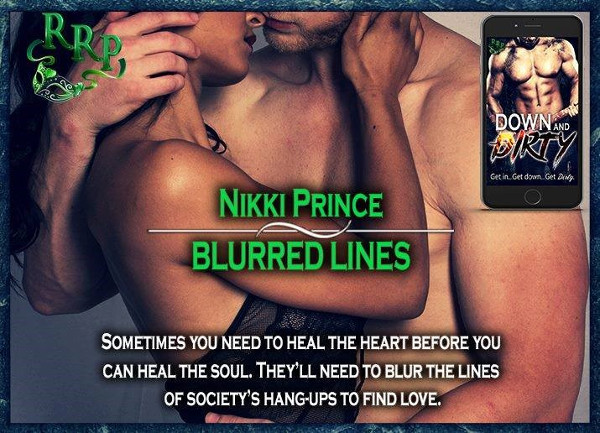 Nikki Prince is a mother of two, who’s always had a dream to be a published author in the romance genre. Her passion lies in raising her children as readers, gaming, cooking, reading and her writing.  Nikki’s a multi-published author with several epublishing houses. She loves to write Interracial romances in all genres, but wants to let everyone know to not box her in, because there is always room for growth.

Nikki would love to hear from you…