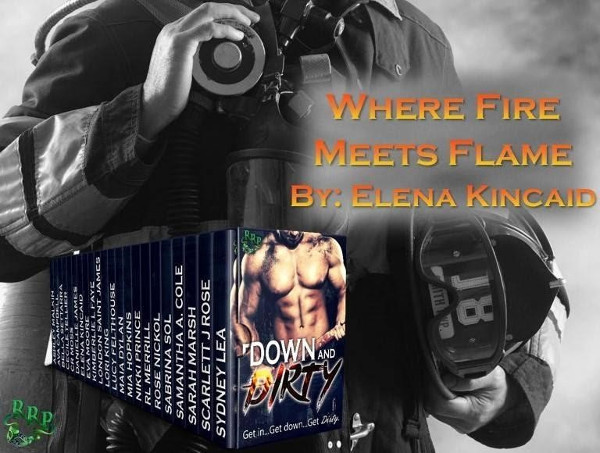 As a private detective, Riley Scott has witnessed her fair share of the ugly side of relationships. She guards her heart like a fortress, but a pair of sizzling blue eyes threatens to take down all of her barriers. He came to her rescue through a blazing fire. Now, she could only hope he would not incinerate her heart.

Tristan Cain hasn’t been able to let go of his red-headed angel, or his promise to get justice. Fate throws them together again when he once thought it would be impossible, and when a daring rescue turns out to be the least of their worries, Tristan vows to keep her safe. He’s not letting Riley out of his sight again.

So engrossed in her conversation with Tristan, Riley hadn’t even noticed the dance floor was starting to fill up. She reveled in the idea of finally being close to him after so many times imagining it. “I’d love to.”

They polished off the rest of their second round of drinks and Tristan took her hand and led her to the dance floor. She noticed Terry dancing it up with an attractive guy, possibly in his early to mid-thirties, and not one of the guys from James’ table. When their eyes met, Terry winked at her, and Riley already anticipated the grilling she’d receive from him later.

“I’m glad to see he’s having fun,” she said close to Tristan’s ear. He had his arms wrapped loosely around her waist as they slowly swayed from side to side despite the medium tempo. “He just broke up with someone yesterday.”

Tristan glanced over to where Terry was dancing and wearing a huge grin. “He doesn’t look very torn up about it.” His breath tickled her ear as he spoke, his voice deep and smooth like velvet, causing a shiver to travel up and down her spine, and she wondered what else he could do to her with other parts of him if just his voice had this much of an effect on her.

“As he shouldn’t,” Riley managed to say after barely composing herself. “His ex-boyfriend is Kevin’s brother, the guy you saw me with at the coffee shop.”

Tristan threw his head back and laughed. She felt the rumble in his chest, anticipating what he would say next just so she could feel his warm breath tingle on her skin again. “Not a match made in heaven either then, I gather?”

She shook her head.

Tristan brought his head close to hers, skimming his nose against her own. She was grateful for the added height tonight with her four-inch heels, though he still had to bend somewhat. At five foot four inches tall and the fact that she usually wore boots or shoes with some sort of heel, she never really felt all that petite, despite being right at the cusp. Tristan was just extremely tall, taller than anyone she’d ever dated. Somehow, with the way his arms were wrapped around her, his body close, heat rising between them, he made her feel protected. No one had ever made her feel that way before, not really. Her dad and now Terry were the only two people she’d ever really trusted. With everyone else, she always wore a tough exterior, spikes and barbed wire, to ward off anyone who tried to mess with her.

Could she possibly let this man break through all that?

He lifted her chin so she would look at him. She saw the question of permission in his eyes, and with a slight nod, she gave it to him. Her eyes closed, their lips met, tentatively at first, and she opened for him, their tongues meeting half way. His lips were soft and the dance his tongue was doing with hers was slow and sensual. Soon, the kiss became deeper, bolder. She could feel his length hardening against her as he pulled her in closer, her own body reacting and filling with need for him.

His kisses became more playful after a while, nipping at her top and bottom lip in turn until he pulled away from her completely. He looked suddenly angry as he stepped back from Riley, putting a gap of distance between them.

Riley turned, following his line of sight and immediately saw the reason for his anger. 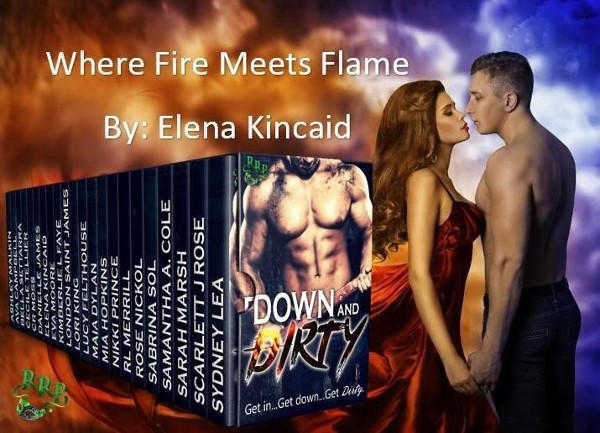 Elena Kincaid is an award-winning and Amazon best-selling author. She writes Paranormal and Contemporary Romances. She developed a passion for reading and writing at an early age, and loves to write what she loves to read, usually romance with a paranormal twist. Her desk is constantly cluttered with journals, sticky notes, and torn-out pieces of paper full of ideas.

She was born in Ukraine and raised in New York, where she currently lives with her daughter. She graduated college with a BFA in creative writing, and in addition to writing, she also started a graphic design business a few years after graduating. When not working, Elena loves to spend time with her family, travel the globe, curl up with a good book, and catch up on her soaps.