The Big, Bad Book of Spanking Positions by Peter Birch

A Coffee Table Book for the Less Conventional Household 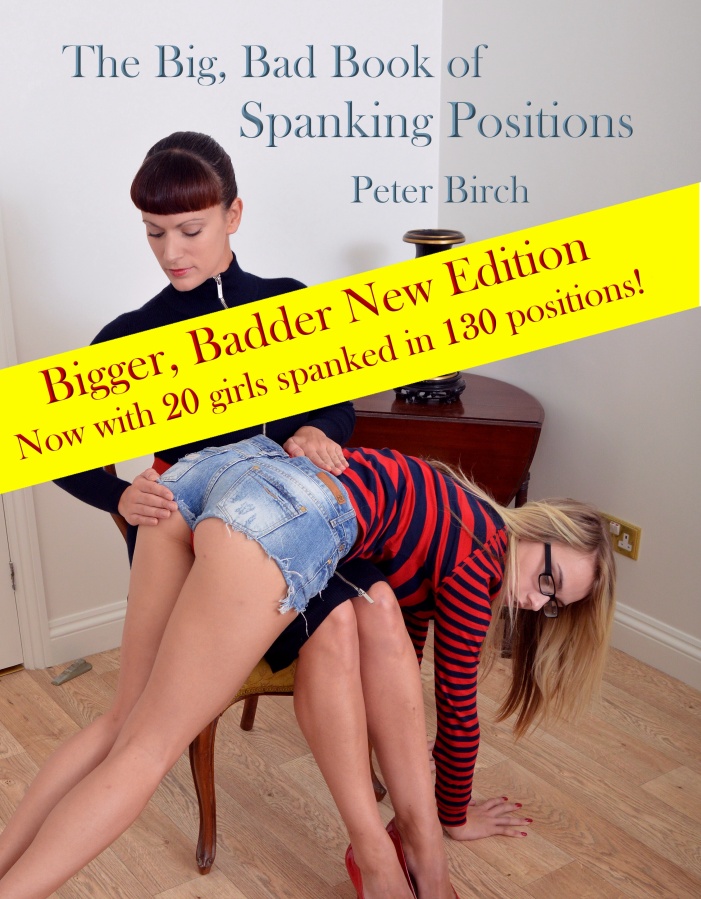 The second edition of The Big, The Big, Bad Book of Spanking Positions is now out, an unashamedly obsessive compendium of one-hundred and thirty different spanking positions, all tested on willing bottoms and lovingly photographed for the delectation of the reader. That is if anybody every actually reads the thing. It’s a huge, full colour hardback and costs £30, while most modern erotica seems to exist only in electronic form, cost 49p at most and deal with unfeasible acts of congress between humans and vampires, or stegosaurs. So maybe I’m a bit off trend, but the book is there, crammed with pretty pictures of girls* being spanked and useful information for my fellow enthusiasts.

It took a fair bit of research as well, over forty years if you include the entire period since I first laid palm to buttock, but at least six from the first photo shoot intended to record different positions. That was a stable set, with two girls in full riding gear, and produced a playful Top 20 of positions for Forum magazine. Being a complete nerd scientist, I made a genuine attempt to rank the positions in order of popularity, judging by how often they appeared on the net at the time. Six years down the line it looks as if I was right at least some of the time, so here’s a brief look at what’s popular and what’s not, along with some scurrilous tittle-tattle about the preferences of the girls who so kindly offered their bottoms for me to photograph.

There’s no doubt whatsoever about the world’s most popular spanking position. It’s over the knee, as intimate as it is effective, and for many people simply the way to spank or to be spanked. That had to be the cover shot, with my main models, Leia-Ann and Chloe, although I chose a relatively demure version and I have to be a bit careful here. In the book her knickers come down. 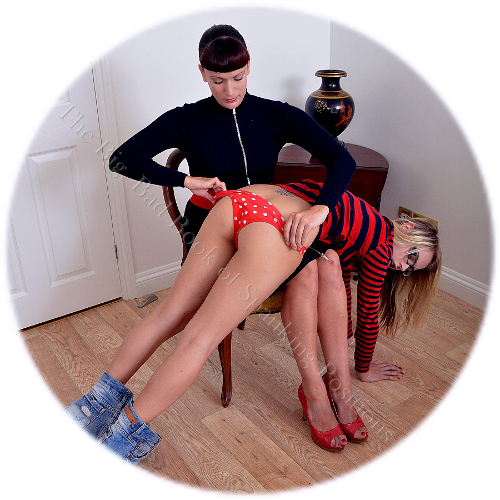 Leia-Ann is the one doing the spanking, by the way, but it would have been a great shame to take on such a beautiful woman without having her spanked too. I also interviewed her, and she turns out to be a fan of the second most popular position, bent over. There are many variations on the theme, but she was very particular about her choice, saying – “My favourite spanking position is simply bent over, legs apart with my panties down around my thighs.  It makes me feel very vulnerable and submissive.” Here’s the shot, although once again I’ve had to pick one from before her knickers came down. 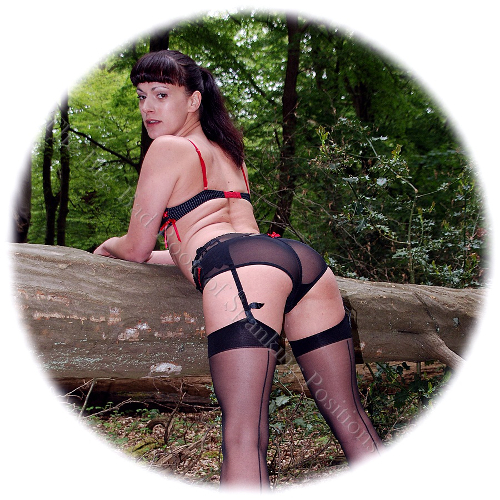 Her comment about wanting to feel vulnerable is something that came up again and again. The less revealing positions, such as standing up or lying flat on a bed, aren’t particularly popular, while it’s perhaps surprising how many people like the really exposed positions, for all that it’s often a love/hate thing. My assistant photographer on the main shoot was Amber West, but she ended up being spanked in more positions than anybody save Chloe herself, and while she’s actually rather shy her favourite position turns out to be the extremely intimate and vulnerable Open Bailey. 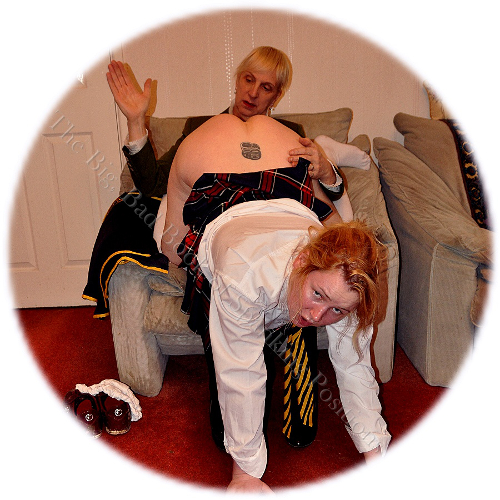 The expression on her face says a lot about her feelings, and about spanking fantasy in general. As often as not, the more awful something seems, the nicer it is, although obviously that only works within the boundaries of consent and a great deal of trust. I was a little surprised that Amber chose such a revealing position as her favourite, but it’s quite popular and her taste is shared by the girl it’s named after, spanking queen Lucy Bailey. It’s a fairly awkward position though, and not that easy to get into, or out of, but at least it’s practical for most people, which is not always the case.

I’m sure all one-hundred and thirty positions illustrated in the book have been used, and quite often at that, but some must be very rare and some are certainly very hard to get into. I even had to hire a pair of dancers, Nelly and Sophia, to complete the more difficult positions. Neither of them had ever been spanked before they rose to the challenge with extraordinary enthusiasm, ending up taking turns across each other’s knees for the fun of it rather than for the pictures. Here are a couple of examples, positions 121 & 122 in the book – The Awkward Turtle and The Full Turtle. 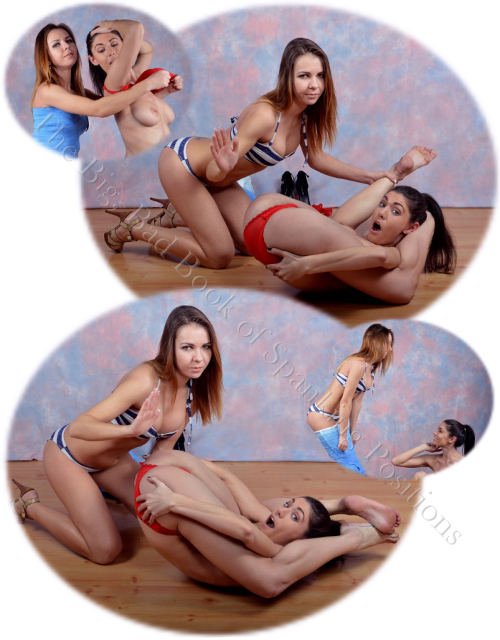 Now those are obscure positions, and I admit that they’re not so very different to each other, but they feel different to the young lady being spanked, or gentleman I suppose, and that’s what matters. It was often a fine point as to what counted as a different position or not, but I always preferred to include subtle and frankly improbable variations. Have I left any positions out? I’d like to think not, but I bet some pedant is going to prove me wrong, which will provide the perfect excuse for a third edition. So come on, what are you waiting for?