The Christmas Tattoo: Sources of Inspiration

…and before I go any further, a massive thank you to Lucy for hosting me here today. 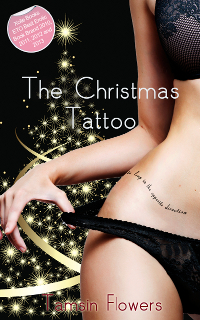 But, as most writers know, if you want to write a Christmas release, you need to complete your manuscript some time in the spring or summer. So picture this – your poor writer, sweating in the summer heat, hunched over the keyboard and having to think thoughts of snow, Christmas carols and festive food. It can be a little hard to get your head around!

When I’m working on a new story, my inspiration can come from all over the place but of course, when there’s a seasonal theme, that’s where you need to look. So there I was, on balmy spring days, watching my well-worn DVD of White Christmas for mood inspiration, listening to CDs of children’s choirs singing Christmas carols for the Carol Service scene and baking batches of mincemeat cookies to tingle my taste buds! No wonder the rest of my family think I’m a little crazy – but, hey, that’s the life of a writer!

Now, on to that excerpt I promised you!

When sexy red-head Bradie Clements comes home from Washington to nurse a broken heart and build bridges with her estranged father, she’s certainly not on the lookout for romance. After catching her boyfriend Kris in bed with her best friend and boss, all she wants to do is run and hide. But a chance encounter with local tattoo artist Colton Bassett leads to an unexpected appointment with his needle. Even though it’s cold outside, the temperature rises to boiling point as the two discover an irresistible attraction. But then Kris arrives on the scene to claim her back in time for his family Christmas and Bradie starts to remember what she saw in him. Tormented by jealousy and suspicion over Colton’s pregnant business partner, Bradie starts to wonder if her new romance is over before it’s begun…

He pulled her into his arms and then his mouth found hers with an urgent kiss.  He needed this as much as she did, and the thought made Bradie want him even more.  Desire flared up through her body as his tongue parted her lips and found its way into her mouth as they staggered back against the plan chest.  With her hands, Bradie could feel his heart pounding under the thin cotton of his t-shirt; she wanted to rip it off and feel the heat of his skin as well.

Somehow, without breaking the kiss, Colt led her to his bedroom, his hands sliding across her back in a way that made her suddenly breathless.  He sat her on the edge of his unmade double bed and knelt in front of her.

“This is weird, Bradie, but it’s like we’re somehow picking up where we left off all those years ago.”

Bradie nodded.  Her eyes were drawn to his lips; red and bee-stung from kissing and she wanted to taste them some more.

“I need to see you naked,” said Colt.

The longing in his voice and his eyes was palpable, and it was matched by the insistent thrumming of her own pulse and the heat building on her skin.

Again she nodded and Colt’s hands gently lifted the bottom edge of her sweater.  She raised her arms above her head to allow him to peel it off and was instantly rewarded with his sharp intake of breath.  She’d had no reason to put on her prettiest lace bra that morning, but she did and now it was definitely having the desired effect.  Sweater tossed aside and Colt’s hands went straight to her breasts.  His eyes were wide as he ever so gently pushed the lace aside to liberate them and then, with a soft groan, his mouth came forward to claim one.  Bradie’s insides flipped and she sank back on her elbows on the bed, spreading her legs wide so Colt could lean in forwards against her.  Her nipples pebbled, one under the hot rasping pressure of Colt’s tongue, one caught in the cool grasp of his finger and thumb.  Her hands raked through his hair and she felt primed to take what Colt could give her, what she desperately needed from him.

Colt’s teeth suddenly nipped her other nipple, making her gasp, and then she felt his hands at the top of her jeans.

“Are you sure you want this?” he whispered.  “Because if we go any further, I won’t be able to stop.”

His voice cracked a little and Bradie sat up to bring her mouth to his.  As she kissed him she spoke through it.

His hands came to the side of her face and he deepened the kiss, plundering her mouth with his tongue, pushing it as far back as he could, exploring her teeth and twisting it against her own tongue.  Bradie pulled up his t-shirt and laid her hands on his chest.  His nipples hardened under her touch and then she let her hands slide down the ridges of his firm abs.

In a desperate scrabble, Colt’s t-shirt and jeans, and her own jeans, panties, boots and socks were all cast aside.  At last they were naked and as Bradie lay back on the bed, Colt swooped down on top of her.  Feeling the warmth of his skin along the whole length of her body gave her an electric shock and in the half-light bleeding through the door from the living room, she could make out the dark shadows of his tattoos.  She couldn’t ever remember being this turned on or needy with Kris but she pushed the thought from her mind and started to kiss the base of Colt’s neck.

His hands slid up and down her body, cupping her breasts and stroking the soft curve of her stomach.  As they brushed the narrow strip of hair leading down between her legs, she let her teeth find purchase on Colt’s shoulder.  He grunted and pulled her tight against him; she felt for the first time the firm pressure of his erection against her thigh. 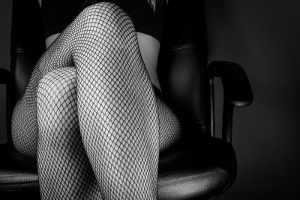 Tamsin Flowers loves to write light-hearted erotica, often with a twist in the tail/tale and a sense of fun.  In the words of one reviewer, ‘Ms Flowers has a way of describing sexual tension that forces itself upon your own body.’ Her stories have appeared in a wide variety of anthologies and she is now graduating to novellas, for publishers including Cleis Press, Xcite Books, Secret Cravings and Totally Bound. This year, she entered NaNoWriMo, with the intention of penning her magnum opus in the very near future.  In the meantime, like most erotica writers, she finds herself working on at least ten stories at once: while she figures out whose leg belongs in which story, you can find out more about her at Tamsin’s Superotica or Tamsin Flowers.

One Response to "The Christmas Tattoo: Sources of Inspiration"