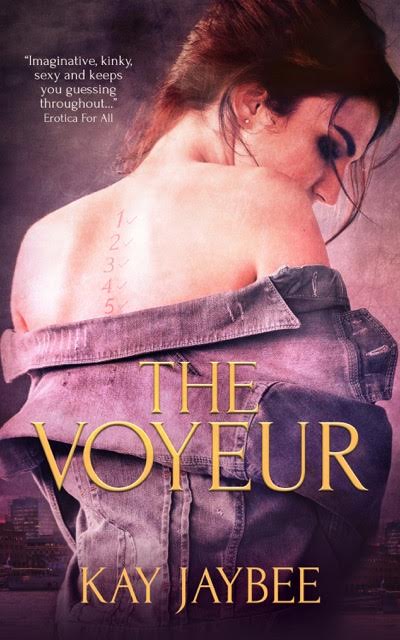 Upon the backs of his willing slaves, Mark has written out his fantasy list in thick red pen. Only Fantasy 12 awaits the tick of completion against their flesh before Mark’s ultimate fantasy – Fantasy 13- can take place.

But have the girls performed well enough to succeed in the final challenge? And what hold does the Bridge’s Gentleman’s Club, Anya’s previous employer, have over Mark? A place Anya was only too delighted to escape from.

In order to find out, Mark’s girls are going to have to face some of the fantasies they thought they’d left behind them all over again; and while they do, Mark will watch…

There is something about the number 13. Unlucky for some- but not for me. To me it’s always been a very lucky number. I was born on the thirteenth of the month; as were many other members of my family. If asked to pick a number at random; it will always be number 13. Far from being cursed, I’ve had a pretty charmed life; although the road has been undeniably rocky from time to time! For others however, 13 will always carry a darker side.

… Mark took a step closer to his PA. “Tonight,” he said, pulling off Anya’s shirt and bra, exposing her luscious chest to the cool of the room, “you will both face a combination of experiences that together make up Fantasy 12. Won’t it be lovely to be able to tick another task off our list, girls?”

They didn’t answer; experience had taught them that nine times out of ten their employer’s questions were rhetorical.

Mark twisted the women round; removing Clara’s top as he did so, so he could see both his employees’ bare backs. There, in neat script, a permanent pen had been used to write ‘Fantasy 1’, ‘Fantasy 2’ and so on, all the way down–the numbers following the length of their spines, finishing with the words ‘Fantasy 13’. The first eleven rows of black lettering had bright red ticks next to them.

Anya and Clara knew that the final fantasy, when it came, would be more difficult and different to anything they’d ever previous experienced. They feared it.

They also longed for it.

Mark was a clever man, for as each new task unfolded he pushed his faithful staff along with him, darkening their desires and needs. Changing them so they slowly became closer and closer to his own. Making his girls as keen as he was to see how far they could go. To see how much they could physically take as they accompanied him on his journey of extreme sexual sightseeing.

A cold, clammy sheen of perspiration broke out on Anya’s face, arms, and breasts as Mark danced a finger across her skin. “You will both go to your room and change into the clothes I’ve placed upon your beds. You will remain there until I call you.” Mark pointed to the door, and his employees headed to their small, twin-bedded room without a sound.

As Anya considered some of the things she and Clara had been required to do over the last six months, she privately reassured herself that the trepidation shooting down her spine was understandable and acceptable. It was also irrational, for she knew that Fantasy 12 would not only be tolerable, but enjoyable; and that just because the end of the list was in sight, it didn’t mean the night ahead would involve anything worse than Mark had asked of them before. She could handle this. They both could–no problem.

Then Anya saw her outfit.

Her bed supported nothing but a leather dog collar.

Staring at the total lack of clothing, Anya almost conveyed her horror to Clara, but her lover stopped her with an urgent shake of the head. There was no privacy here, and they never knew if the webcams positioned in every room were switched on or not…

Both Anya and Clara begin to see the end of their six month long sexual adventure in sight- but then Mark announces that, before they can discover the contents of the ultimate challenge- Fantasy 13- they will have to re-enact some of the earlier tasks all over again.

If you’d like to discover how Anya and Clara came to work for Mark in the first place, and what other challenges they choose to endure, you can buy The Voyeur from all other good retailers, including- 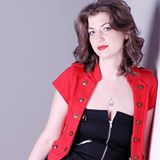 One Response to "The Voyeur – Unlucky 13? A Guest Post by Kay Jaybee (@kay_jaybee @sinfulpress)"