Mid Week Tease: “…are you being sarcastic and massively mocking my geek status?” #MWTease 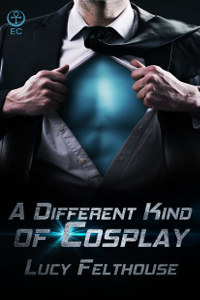 A few days later, Reese herself provided him with inspiration. They were at the kitchen table, sharing a rare breakfast together. It was Reese’s day off, but Zach was due in to work soon, to sell houses to wealthy Londoners.

“What are your plans for today then, babe?” he asked between mouthfuls of cereal.

Chewing and swallowing her own mouthful, she said, without any kind of malice, “Oh, nothing you’d be interested in.”

“I doubt it.” She smirked. “I’m off to Forbidden Planet to stock up on some graphic novels. I know I could buy them cheaper online, but I like that shop. The atmosphere is great—even though as a lone woman, I get some odd stares—and I just like to go every now and again to check out the latest stuff.” She spooned more cereal into her mouth, consumed it, then continued, “Actually, Mum asked me to let her know what I wanted for my birthday, so it’s a good excuse to go and get some inspiration. I can make a list, if you like. Then you can pick something off it.”

“No, no,” he said quickly, waving his spoon at her and sending a droplet of milk flying, which landed in the middle of the table, “I’ve got it all under control, thank you.” He smiled, the grin growing wider at Reese’s look of surprise. A second later, he wanted to kick himself. What the fuck did you say that for, you idiot? She practically handed you the perfect gift idea on a silver platter, and you turned it down. Moron!

“You know,” he continued, still grinning, “that’s one of the things I love about you. Many women would go to Oxford Street and Regent Street on their day off, shoe and clothes shopping. But you’re heading off to wherever it is to go to a geeky shop. You’re a quirky individual, sweetheart, and I love that.”

Reese raised a brow. “Wow. Where did all that come from?”

“The compliments, the declarations of love. Or are you being sarcastic and massively mocking my geek status?”

13 Responses to "Mid Week Tease: “…are you being sarcastic and massively mocking my geek status?” #MWTease"