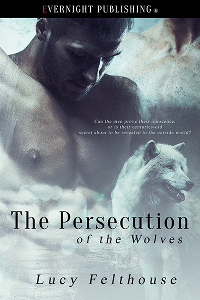 Stepping into the room, Matthew looked at his brother. He was half-dressed, ready for his shift at the doctor’s surgery, where he was a general practitioner. “Sorry to interrupt, mate, but that was Richard on the phone. They’ve found a mutilated sheep up on the moor, and he’s asked me to go with him to check it out.”

Isaac paused with one arm pushed into his shirtsleeve. “He doesn’t think—”

Matthew cut him off. “No. He was quite adamant about that. He just thought we’d be able to help figure out what did it. I explained that you’ve got to go to work, though. I’m going to head across there now and go up with him.”

“I could phone in, let them know I’ll be late.”

Opening his mouth, then closing it again, Isaac seemed to have thought better of whatever he was going to say. He continued to dress. “All right, I will. But make sure you let me know what happens. Send me a text or something, and I’ll phone you as soon as I have a gap in between patients.”

Matthew grimaced. He hated texting. Hated mobile phones, actually. Technology was one of the things he disliked most about modern-day life, though he realized it was a necessary evil. It solved as many problems for him and his brother as it created, so he dealt with it as best he could. Fortunately, Isaac had always had an affinity with computers and phones, so he tutored Matthew.

“Yeah, all right. I’d better go and find my phone first then, eh?”

Smirking at his brother’s rolled eyes, he left the room and headed for his own bedroom, where he thought he’d left the device the previous night before he and Isaac had headed for the caves. Immediately spotting the mobile phone—which Isaac often made a point of telling him was akin to a brick—he grabbed it, stuffed it into his pocket, and made his way downstairs.

Retrieving his keys from the hook by the front door, he called up to his brother. “I’m going now, Isaac. I’ll see you after my shift at the pub. I’m working until closing time.”

“I won’t.” As if he could forget. The dead sheep was going to be a big thing, he just knew it. The vicar might not think he and his brother had anything to do with it, but some of the other villagers might. When there was no proof either way, just his and Isaac’s word, it was understandable, really. Since he and his brother changed into wolves every full moon, it was a natural conclusion to draw. Particularly since normal wolves had been extinct in England for over five hundred years.