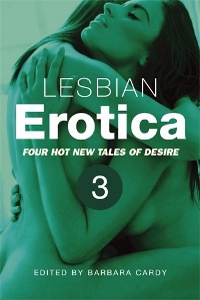 MISS LAWRENCE by Alex Severn
Schooldays are often precious to us and when the one you love more than anyone else in the world shares your memories, even better. Teachers readily leave a real impression on us. Don’t most of us have one special teacher we remember above all? Nostalgia is lovely, but when a lover plans a special surprise it’s hard to imagine anything more satisfying and pleasurable . . .

THE INNER CIRCLE by Lucy Felthouse
When Adele spots her good friends Donna and Josie spending time together and being all chummy without her, she’s devastated. And when she sees the two women heading into one of their houses together, she’s determined to find out exactly what’s going on. Peering through the front window of the house reveals more than Adele was betting on, and what’s more, she likes it!

DRAGON by Lucinda Coombes
While Little Lucy was licking her out in their shared cell, one of the top dogs was planning her fight with the Dragon Lady. Losing would mean a total humiliation . . . and one which she would have to endure in front of all the prison’s bottom feeders.

Excerpt from The Inner Circle

Adele peered out of her front window. Yes, there they were again. Donna and Josie, linking arms and chatting away. Just a few short weeks ago, Adele would have been part of that conversation. But now, inexplicably, it seemed she was no longer in the inner circle. The two women had scaled back their invites for afternoon tea, their book club meetings weren’t so frequent and Adele felt as though she was being deliberately excluded. And she had no idea why. There’d been no falling out, no cross words, nothing.

Adele decided she wasn’t going to take it any more. If she was going to be ignored and left out, she at least wanted to know why.

Watching the pair head into Josie’s house across the street without so much as a glance in the direction of her house, Adele drew away from the window.

Hurrying, so as to not lose her nerve, Adele slipped on her sandals, left the house and pulled the front door shut behind her. She walked across the quiet street. It was a cul-de-sac, so there was no thru-traffic; and, it being the middle of the day, most people were at work, including the husbands of herself and the other two women. The lack of other company during the day was what had originally brought the three women together, but now it seemed Adele was surplus to requirements. Blinking back angry tears, Adele stomped across to Josie’s house, ready for a confrontation.

Once she got closer, however, she noticed something amiss. Despite the time of day, the living room blinds were closed. The sun wasn’t even at this side of the house yet, so that wasn’t the reason. Intrigued, Adele crept closer. Lots of wild thoughts began to run through her head. They were obviously up to something they wanted to keep secret. But what? Extra-marital activity? Criminal activity? Or worse?

Determined to get answers, Adele walked right up to the window. The ladies obviously hadn’t been too careful when they’d drawn the blinds. One of the slats had caught on something on the window sill and it wasn’t quite flush to the others, creating a gap. A gap perfect for peering through. Begging to be peered through.

Never one to pass up an opportunity, Adele gingerly peeked through the hole, half expecting one of the girls to be looking back, glaring angrily at the intrusion. She needn’t have worried. There was nobody there. Not right by the window, anyway. As her eyes adjusted to the darkness of the room, Adele could make out shapes moving in the room, over by the sofa.

On the sofa, she realised, as her brain caught up with what her eyes were seeing. There were two people on the couch, and they were…