His next move took me completely by surprise. Downing the rest of his drink and putting his empty glass on the table, he said, “May I have this dance?”

Given the song was cheesy pop, it wasn’t as romantic as it sounded. Still, I wasn’t going to waste the opportunity—both to dance to my favorite song and to potentially cop a feel—so I finished my own drink and took his proffered hand.

This was no romantic slow dance; we weren’t even touching. But, after a couple of minutes of bopping around, we both realised how silly we were being and started laughing. I was almost doubled over at one point, and when I looked back up, my mirth instantly disappeared.

Jonathan was looking at me with such a serious expression that I thought something was wrong.

He said nothing, grabbing my hands and pulling me to him. My blood was already thundering through my veins as a result of the attempted dancing and subsequent giggling, so it was a wonder that the sudden proximity didn’t make me explode.
The look in his eyes was earnest, his expression serious. “I still want you, you know.”

Then, he kissed me. There was no messing around—well, apart from the previous eight years, of course—he just leaned down and pressed his lips to mine. Without a thought about public displays of affection, I slipped my arms around his waist and kissed him back, opening my mouth to admit his tongue.

It was incredible. The culmination of eight years of sexual tension and unexplored feelings. I could feel my pussy juices dampening my thong, and Jonathan’s cock pressed insistently against my stomach. If I’d have been someone else looking at us, I’d have been telling us to “get a room”.

After a few seconds, I became horribly self-aware of the fact that other people were probably thinking just that. I pulled away from the kiss, then stood on tiptoes to reach Jonathan’s ear.

“Is everyone staring at us?” I didn’t dare look around and see if anyone was giving us disapproving glares.

“No,” he replied, with his arms still encircling my waist. “I don’t think anybody noticed.”

“Phew. I had visions of people shouting at us to get a room!” I laughed, then stopped abruptly when he spoke. 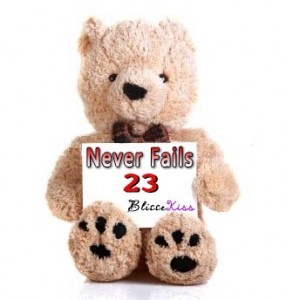