I’m delighted to announce Jacqueline Brocker, who’s here to tell us more about her fab story in Smut Alfresco, which is based in the beautiful city of Cambridge.

‘Write what you know’ is an oft-quoted phrase given to writers. I’ve not always found this particularly helpful, especially when writing, for instance, m/m fiction, or about detectives, or something set in space. There is, though, some wisdom in the statement, and I find it especially relevant when it comes to writing about place. 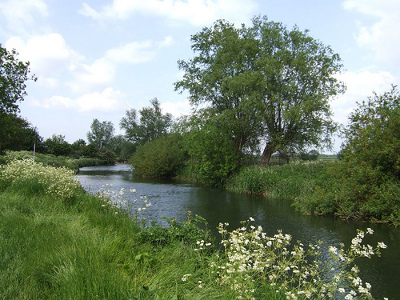 So while my short story ‘Meadow’ in Smut Alfresco isn’t exactly autobiographical, I am very familiar with the place it is set on: Grantchester Meadows in Cambridge.

Grantchester Meadows are located immediately south on the river Cam, just before you reach the village of Grantchester. They have been owned by King’s College, Cambridge since 1452, but are easily accessible to all, and are as much part of Cambridge as the University itself. (In fact, I didn’t know until doing a Google search for images of the meadows, that Pink Floyd, who formed in Cambridge, wrote a song about them.)

It seemed the perfect location for a sexy interlude (ok, yes, I have taken walk along the meadows with an ex-boyfriend, so I can’t pretend the story has no bearing on my reality 😉 ). Not just for the idyllic, soothing setting – with the quiet river running past, punts and canoes making their gentle progress towards the village of Grantchester for a pint, lunch, or for afternoon tea at the Orchard (an apple orchard where writers such as Virginia Woolf and Rupert Brooke used to spend time), trees drooping into the water, and cows grazing (walkers do have to be mindful of cow pats along the paths!) – but also because, at the height of summer, it is full of people. Families, couples, friends, and visitors come with picnics, or to swim in the river itself, or just to stroll or take a bike along the bank. With that many people around, it increases the chance of being caught, or spotted, or attracting an unwanted (or indeed, wanted!) onlooker.

How could I not write that story?

The delightful thing about writing ‘Meadow’ was being able to draw on my own experience and knowledge of Cambridge. The types of people who might be on the river – students, people who are born and bred in the city – the kind of activities that happen along the river, even the likely occurrences. One brief scene is dedicated to a swan harassing someone in a canoe. Up until recently, the Cam was stalked by a misbehaving swan nick-named ‘Mr Asbo’ (that’s ‘Anti-Social Behaviour Order’ to those outside of the UK).

More than that, I wanted to convey the gentleness of the place, the warm, hazy idyll that it is to sit on the meadows, and the slow burning sexiness of being there with someone you fancy the hell out of. I hope I’ve succeeded in conveying that. 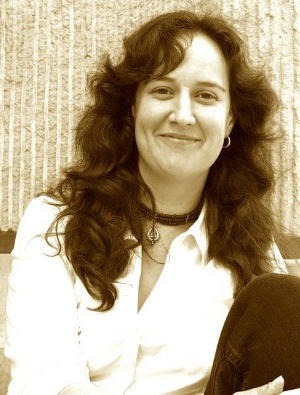 Picture by William Marnoch, found on flickr, and used under the Creative Commons License.

From the dramatic gritstone escarpments of Derbyshire’s Peak District, to a quiet caravan site in deepest Wales, Smut Alfresco has it all. Whatever your interpretation of frisky outdoor fun, there’s something nestling between the covers for you.

Here’s Jenny Lyn, telling us about her story, Shine, from Smut Alfresco. Warning: it contains a hunky sheriff. *fans self*

The venue I finally chose for my sexy outdoors shenanigans in SHINE was not the first location I considered. My first idea was on the deck of a boat, and the second, a rooftop. For the rooftop idea, I’d even gone so far as to research Bosun’s chairs. If you don’t know what that is, they’re used to do work on the side of a building or on a boat’s riggings, neither of which are for me, thank you very much. I played around with both story settings, but never really got a strong feel for the characters. No connection to them at all. Then one night I watched an episode of Moonshiners and inspiration struck.

I absolutely adore being born and raised in the south. From the deep-seated traditions passed down through generations, to the sweltering temperatures and hummingbird-sized mosquitos. I’ve wanted to write an erotic piece that featured the south for some time. Now, making one of my characters a moonshine runner might not sound too flattering, but anyone who’s actually from the south will tell you that’s not a slight. Yes, it’s illegal to run moonshine, but for a lot of southern families it’s also part of their heritage. My grandfather happened to brew “white lightning” for his own personal consumption back in the day.

I also wanted to explore the dichotomy of being drawn to someone on the opposite side of the law from which you stood. Of being faced with a choice on what you would do when cornered, or if you were pressed to make a decision on whether to close your eyes or draw a line in the sand. It’s not always black and white. When emotions get involved, things tend to turn gray.

As far the location for the sexy times, who doesn’t want to cool off on a sweltering summer day? A dip in a natural spring will certainly do the trick. Water so cold it steals your breath, then warm sunshine to dry you off afterward. After spending every summer of my teens at a local spring a bike ride away from my house, I can attest to how refreshing and fun it can be.

A secluded oasis, a hot girl in a bikini, and a hunky sheriff who’s not afraid to use his handcuffs… Have I made you thirsty for more? I hope so.

Jenny Lyn lives in a swampy little corner of Florida with a very understanding husband, a musically gifted son, and a menagerie of pets. She’s multi-published and loves hearing from readers. Find her at her website: http://www.authorjennylyn.com, and on Twitter @Jennylynwrites.

From the dramatic gritstone escarpments of Derbyshire’s Peak District, to a quiet caravan site in deepest Wales, Smut Alfresco has it all. Whatever your interpretation of frisky outdoor fun, there’s something nestling between the covers for you.

Sunday Snog – Her Majesty’s Back Garden

Here’s a snog-tastic snippet from my latest release, Her Majesty’s Back Garden, which appears in Sex in London, edited by Elizabeth Coldwell.

I looked around. There was plenty of cover on three sides of us, and on the fourth was a very high wall – which I presumed was the perimeter wall for the estate. The hustle and bustle of London lay just beyond. I continued to examine the area, convinced there were security cameras hanging from every other branch, and snipers on all the others. If there were, I couldn’t see them, so I turned to Gavin and grinned, my horniness overriding any misgivings.

He responded by walking towards me, grabbing my hips and backing me up to a tree. I was trapped between rough bark and my husband’s hard body. It was lush. Then he kissed me again, and if I’d thought the snog on the bench was hot; that was nothing. Gavin seemed to pour every ounce of passion and need he had into that kiss, and I could do nothing but enjoy it. And that was just fine.

I reached around and grabbed Gavin’s muscular ass cheeks, and pulled him even more tightly to me. His eager erection pressed insistently into my stomach, and I had to concentrate hard on not moaning with pleasure.

Gavin’s tongue pushed against my lips, and I opened my mouth eagerly to admit it. It slipped sensually against my own, twisting, tickling and mock-fighting until I was almost weak with lust. He shifted his hands from my hips and cupped my face, and then proceeded to suck and nibble at my bottom lip until my pussy throbbed and my clit ached, desperate for attention.

But it seemed that despite our precarious position, Gavin was in no rush to get full on down and dirty. When I thought about exactly what our position was, thrills of excitement ran through my body. It was crazy, yet incredibly arousing. What would happen if we got caught? I had some vague information in my head about indecent exposure which could lead to arrest. But this was a special circumstance—we were in the Queen’s back garden, for fuck’s sake! Would that make the crime even graver? Would we be dragged before the monarch herself to be given a punishment befitting the offense?

You can get your hands on Sex in London here.