An Interview with Tara Quan (@LaylaTarar) 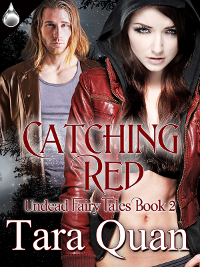 I’m a bit of a globetrotter. My husband’s job makes us move to a new country every so often (the United Arab Emirates and Pakistan, thus far), which is great since I love learning new languages. I’ve been taking Italian full time for the past six months, but I can get back to writing after Valentine’s Day. I’ve had a number of day jobs up to this point (running the gamut from paralegal work, administrative work, event planning, newsletter editing, etc.), but the year we spent in Karachi allowed me to save up enough to indulge in writing full-time for the next couple of months. After that, I guess we’ll see.

I’m a huge fan of both fairy tales and Resident Evil videogames, and a submission call prompted me to marry these two interests into my Undead Fairy Tales series. While zombies occasionally get categorized under paranormal and my publisher considers my books urban fantasy, I would categorize the series as sci-fi. My degree is in biology, and my first job was as a lab tech—both came in handy for designing a fictional Undead Reanimation virus.

When I was in high school, I wrote Harry Potter fan fiction. Being overly logical, I shelved writing throughout college and fixated on more “sensible” career paths. Suffice it to say that I’m not great at being sensible—I got back into writing after my husband announced he’d gotten his dream job, which required us to move to Abu Dhabi in less than 30 days. Since this move more or less absolved me from contributing significantly to our family income, I started writing again (while working full-time at the very definition of a dead-end job).

Two trunked (and multiply rejected) manuscripts later, I stumbled upon a submission call for a zombie fairy tale. I wrote the novella, answered the call, and got rejected again. I was convinced Tower in the Woods was worth at least a few more submissions, and it eventually found a home at Liquid Silver books.

Another fairy tale-inspired submission call has caught my fancy, so I’m going to give romantic suspense another try. I also have a Christmas story awaiting revisions on my computer (which I am, admittedly, procrastinating on).

My dream is to be able to write like Nalini Singh, whose heroes—angel, shifter or vampire—are all to die for. However, I think my funny side gets the better of me so my “men” all end up being significantly less alpha.

Let’s see—in 2019, I’ll be moving again and probably learning a new language. I’m hoping to blog regularly once I’m in Rome (this July), so my website should be more robust. I should also have a significantly larger backlist (twenty more books would be ideal). Since I hate job interviews, I’m crossing my fingers I would have moved past the “intern paid in coffee” phase of author-dom to “part time minimum wage earner.”

Long hair or shaven head? Long Hair (preferably in a queue at the nape, with a silver clasp. Yes, this is something to which I’ve given much thought).

Intelligent or funny? Funny. I like being the brains of the family.

Hottest celebrity (tell us why, if you like)? I have a crush on Aleksandr Skarsgard. In vogue or not, I still think vampires are super sexy.

Top same-sex crush (or opposite sex if you already like same-sex!) Natalie Portman. Yes, I did watch Star Wars Ep1-3. And yes, I liked them.

Most disliked celebrity (tell us why, if you like) Cartman from South Park. I know he’s a cartoon character, but he grosses me out.

Favourite food. Persimmons (they look like tomatoes, but they taste divine).

Favourite book (tell us why, if you like) Archangel’s Storm by Nalini Singh. There’s something about an angel with jet black wings and a tattooed face….

Favourite place in the world (tell us why, if you like) Wherever my laptop is located at any given moment.

Anything else you’d like to add? I loathe winter. It makes me want to hibernate.

Scarlet “Red” Ryding is on a mission. To prevent mass suicide, she must fulfill her grandmother’s evil wishes and return posthaste. With knives in hand, she dives headfirst into an abandoned hospital full of zombies. But after getting trapped within, she is forced to accept help from the world’s most dangerous predator—a man.

Covert Agent Marcus Woodsman received strict instructions against interfering in the affairs of nomads. As a spy for the Federal Military Agency, his mandate is to observe and report. But when he finds a little redhead caught in the center of a brain-eater swarm, conscience compels him to put his ax to good use. By the time he realizes this smart-ass scout comes equipped with a world of trouble, it’s too late—he would do anything to keep her safe.

As Red and her Woodsman work together to survive undead, brave a snowstorm, and bring down an evil cult, they learn to laugh, love, and fight for happiness. The second book in Tara Quan’s Undead Fairy Tales series, Catching Red is a post-apocalyptic thriller with a happily ever after.

Scarlet woke to the delicious smell of charred venison and cooking fruit. The rusty feeling between her joints was gone. She rubbed her crusted eyes as she curled into a sitting position. For the first time in months, she felt energized and rested.

Her bed ended where the kitchen area began. Marcus stood in front of the wood-burning stove, his back facing her. Even with his neck bent and spine curved, his blond head grazed the low ceiling. He wrapped a thick cloth around his hand, lifted the cast-iron skillet, and turned in place. He plunked it down on the circular stone tray at the center of her small rickety table. Her first and only attempt at carpentry creaked but didn’t fall apart.

She lifted an eyebrow as she scrutinized the skillet’s contents—seared smoked venison covered with slices of dried apple. It was an interesting meal choice.

Perhaps in reaction to her quizzical expression, he turned his palms up and defended his creation. “The food store in your basement is a mess. This was all I could scrounge up.”

She frowned. “I packed and stacked everything in alphabetical order.”

His broad shoulders rose and fell. “Your system didn’t make any sense. You’ll have to explain it sometime. Either way, this beats the MREs I fed you during the snowstorm. Come on. Your breakfast is getting cold.”

She grabbed the worn quilt and wrapped it over her shoulders. She was about to lower her feet to the cold floor when she saw him shake his head.

He walked over to the foot of her bed. The length of his torso and arms easily spanned the small area separating the cottage’s sleeping and eating spaces. He leaned forward and grabbed the edge of the table with both hands. When he brought his elbows into his body, the piece of furniture with all its contents slid as if on wheels. It stopped a few inches away from the bottom edge of the mattress. He stepped around it, then pulled up the only chair, and sat.

Scooting over, she sniffed the food. The smell made her mouth water. “Why are you being so nice?”

“I’ve always been nice.” He used his knife to spear a piece of seared meat and raised it to his mouth.

Scooting over, she sniffed the food. “You only did it to get me to have sex with you.” 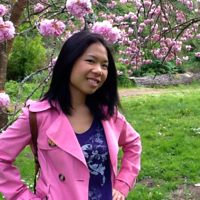 About the Tara Quan

Globetrotter, lover of languages, and romance author, Tara Quan has an addiction for crafting tales with a pinch of spice and a smidgen of kink. Inspired by her travels, Tara enjoys tossing her kick-ass heroines and alpha males into exotic contemporary locales, fantasy worlds, and post-apocalyptic futures. Armed with magical powers or conventional weapons, her characters are guaranteed a suspenseful and sensual ride, as well as their own happily ever after. Learn more at www.taraquan.com