Get Coded for Love with RORY #newadult #romance #stepbrother from @saskiawalker 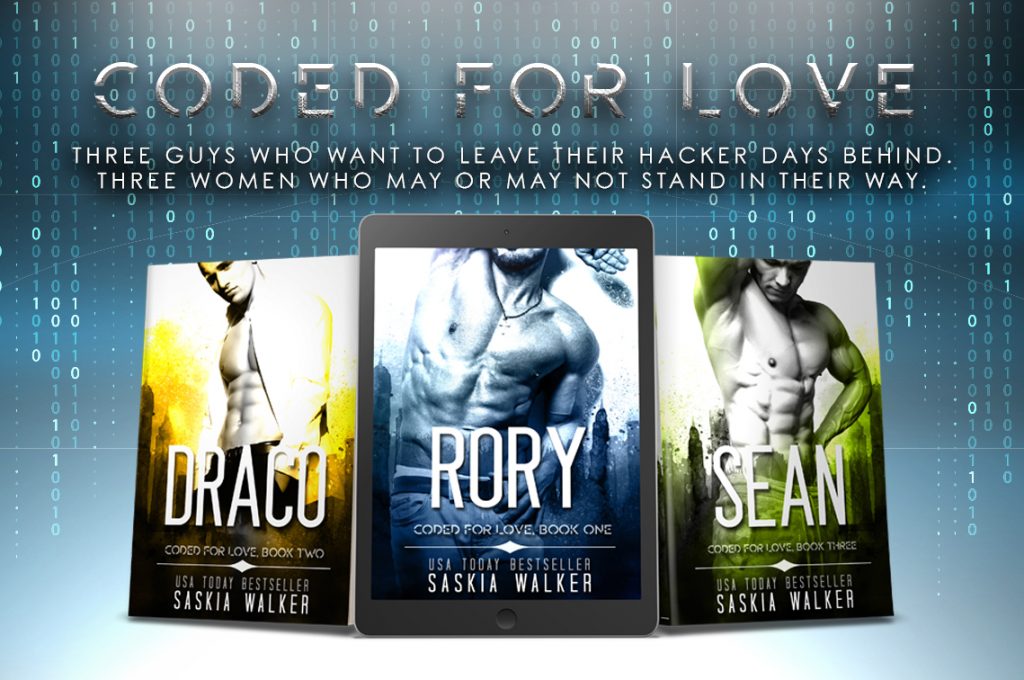 RORY. New Adult Romance, book one in the Coded For Love series.

Three guys who want to leave their hacker days behind.

Three women who may or may not stand in their way.

A chance encounter on the London Underground brings Sky Vaughn face to face with her stepbrother, Rory Rattigan, the guy she had a passionate teen crush on back home in Wales. Sky’s vowed to stay out of trouble. She’s already been thrown out of one college and she’s desperate for a second chance to study art in London—but she never could resist sparring with Rory Rattigan.

Rory is trying to break with his computer hacker past. His sexy stepsister turns up just when he needs to hide his hacker kit, and she’s more than willing to help him out. But Rory soon realizes the desire he’s always had for Sky is going to complicate his plans to play life by the rules. He left home because he couldn’t have her, and now here she is.

The chemistry between Rory and Sky is about to change their lives forever—because trouble and danger can’t keep them apart, and they attract both, in spades. 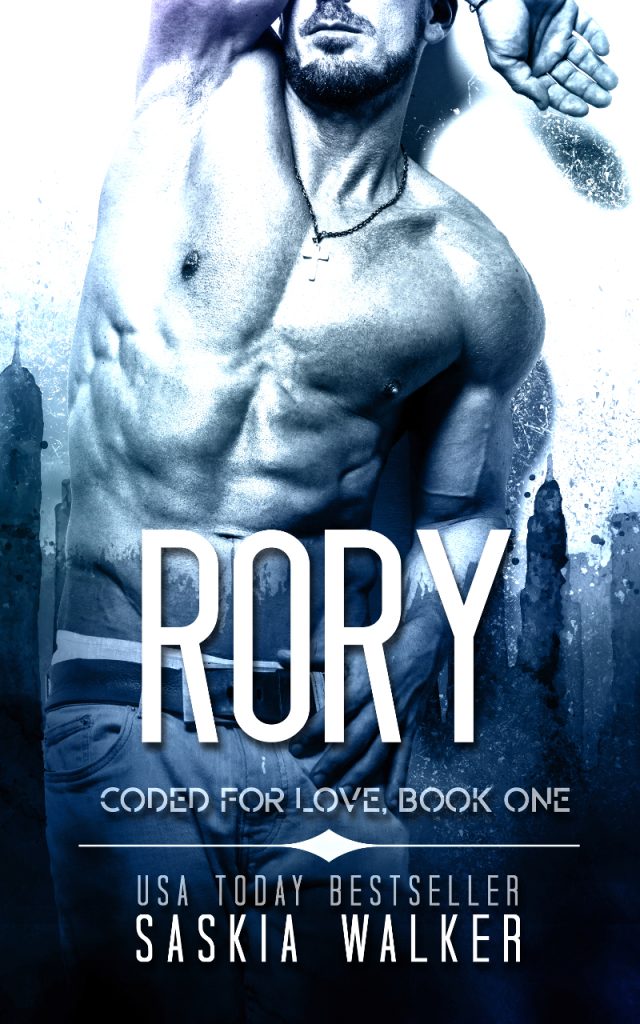 Once the door swung wide, Rory found she wasn’t where he’d left her, standing with the sad, almost resentful look in her eyes when he declined her invitation. From beyond the bathroom door he heard the sound of a shower.

She was in there. Presumably naked. The sound of the shower drummed in his brain. The door to the tiny bathroom was ajar, just slightly, and steam wisped out as he watched.

Okay, he told himself, get the USB stick and go. It would be the right thing to do and he wanted to do the right thing. But his feet were fixed to the floor like cement blocks were holding him there. His mind presented a picture of her, naked in the shower. It wasn’t hard to imagine. He’d seen her flitting about the house in a towel back at home in Cadogan. She’d always been a provocative little Madam. She’d told him she wanted him.

Then he thought he heard her voice, and it sounded as if she was cursing.

Unable to resist, Rory moved quietly around the futon and over to the bathroom door. The sound was muffled, but she was definitely mumbling to herself.

With one finger, he pushed the door a little wider, straining to hear what she said. He didn’t intend to actually look, but steam billowed over the top of the shower curtain and — with it — the sound of a frustrated moan.

The sound was so incredibly sexy, he couldn’t move.

Again a breathless moaning sound came from inside the shower curtain.

The sound of it made him harden. He should leave. It was wrong to be standing there, listening to her. Should he try to warn her? Yeah, sure. He could shout out while she was in the middle of showering, naked. That would be a good way to announce his presence.

She had invited him to stay, after all.

The scent of musk filled the steamy atmosphere.

Maybe he should have turned away, but instead he saw her red painted fingernails as she pulled the curtain aside to put the shower gel on the nearby shelf. Then the sound of the water ceased.

One hand grasped the edge of the shower curtain and pulled it back. She reached for the towel rail, pulled the towel free and wrapped it around herself as she stepped out onto the bathmat.

It was too late to walk away, even if he’d wanted to.

The towel was too small and barely covered her damp outline, the curve of her bottom showing beneath its hem. He’d just about processed the information when all the blood left his brain.

Gasping audibly, she stepped back and butted up against the sink. Reaching around with one hand, she steadied herself. As she did the towel began to slip free.

“I’m sorry” he blurted, hands lifted in a guilty plea. “I didn’t know you were having a shower.”

Rory half expected her to scream, or at least tell him to stop staring — because he couldn’t help staring right then. No man in his right mind could help staring then. Mascara smudged beneath both eyelids. Her red-streaked black hair clung to her head and neck, the tips trailing across her chest, dripping water.

But she didn’t scream. Instead she laughed softly, as if at some private joke. “You came back.”

“I came back, to prove your security was lacking,” he explained as he attempted to tear his gaze away. He tried to chill, lowering his hands.

“Is that why?” Curiosity flashed in her eyes.

And for you, I came back for you. He was past denying it now.

“I guess you wanted to check the locks in here too, did you?” Her eyes were incredibly bright, her strawberry lips curved.

She wanted him too, it was there in her eyes and it was such a turn on. He had to touch her, to bring her to that moment in his arms. Closing the small gap between them in a heartbeat, he shrugged off his leather jacket and threw it out the open door behind him.

Sky looked up at him, eyes wide, lips parted.

He paused a moment, lifted her damp hair free of her cheek, easing it back. Her eyelids fluttered and she inhaled sharply.

“You asked me to stay. Is this what you had in mind, or am I interrupting your private bathing time?” She could always say no.

“The shower was your fault,” she declared. “You got me so wound up.”

Grasping the towel to her chest with one hand, she put the other on his shoulder, inviting him closer.

Rory ducked his head and kissed her, cupping the back of her head in one hand, the other finding the curve of her hip to pull her against him.

RORY is just 99c on pre-order, but the price will increase on release day (14th February), so grab yours now to lock in the bargain price!

Saskia Walker is a USA Today Bestseller and award-winning author. Her short stories and novellas have appeared in over one hundred international anthologies and several international magazines, including Cosmo, Penthouse, and Bust. After writing shorts for several years Saskia moved into novel-length projects.

Fascinated with seduction, Saskia loves to explore how and why we get from saying “hello” to sharing our most intimate selves in moments of extreme passion. Her novels Double Dare and Rampant both won Passionate Plume awards and her writing has twice been nominated for a RT Book Reviews Reviewers’ Choice Award. She has lots more stories in the pipeline! Saskia lives in the north of England on the edge of the Yorkshire moors, with her real life hero, Mark, and a house full of felines.

Sign up for Saskia’s newsletter to hear about her latest releases or keep in touch using the following links: