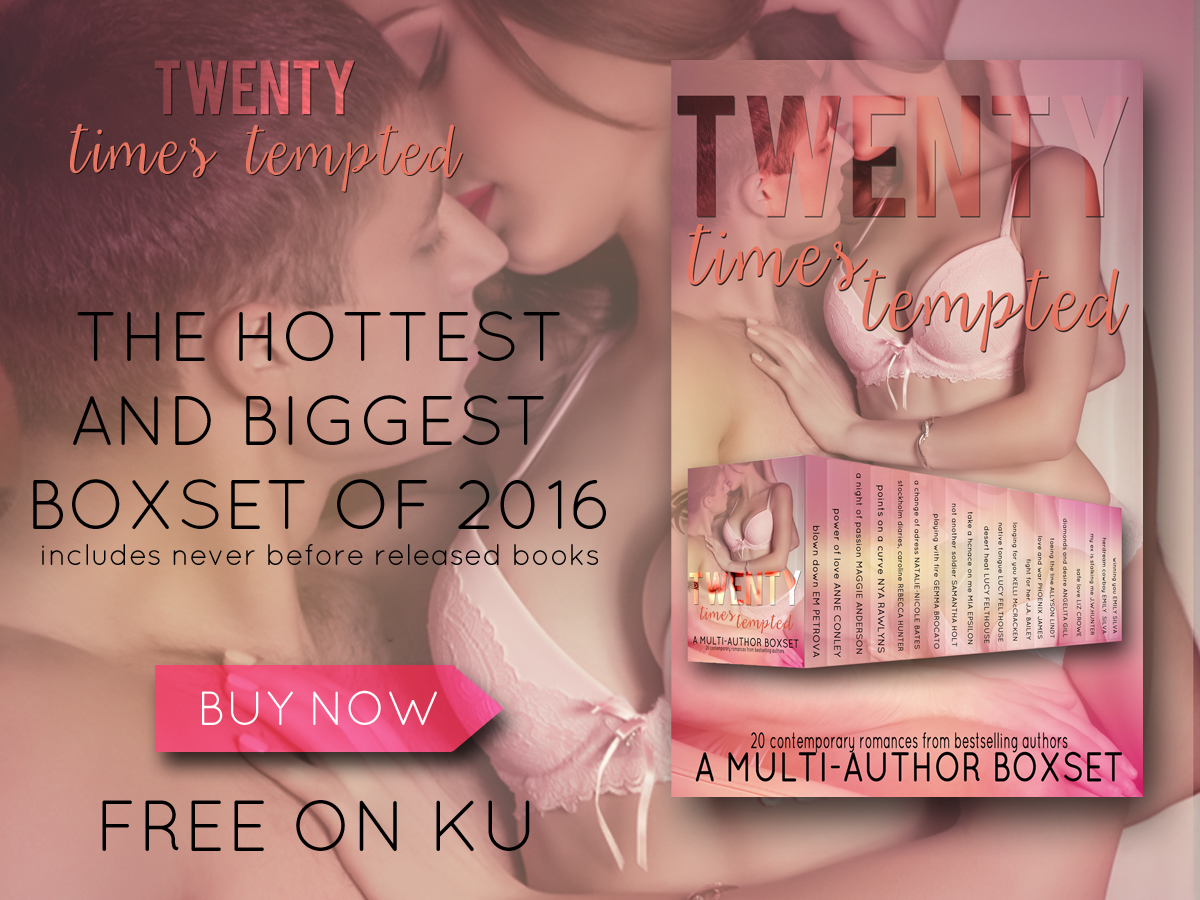 Twenty bestselling authors have joined together to bring you this HUGE boxset for only $2.99 and #FREE on Kindle Unlimited!

From sexy alpha males to dominating billionaires to gorgeous soldiers to cowboys with their wranglers hung low, there’s something for everyone. Including several never before released books, don’t miss your chance to snap up this boxset. We’ve even made it easy for you…with inside info from each author in the contents, it’s easy to choose which titles you’ll adore the most.

HEAs and full length stories are guaranteed in this set. Pick up one of the largest boxsets around, worth over $50 for a limited time only.

Buy your copy, or read it in KU here: http://mybook.to/twentytimes 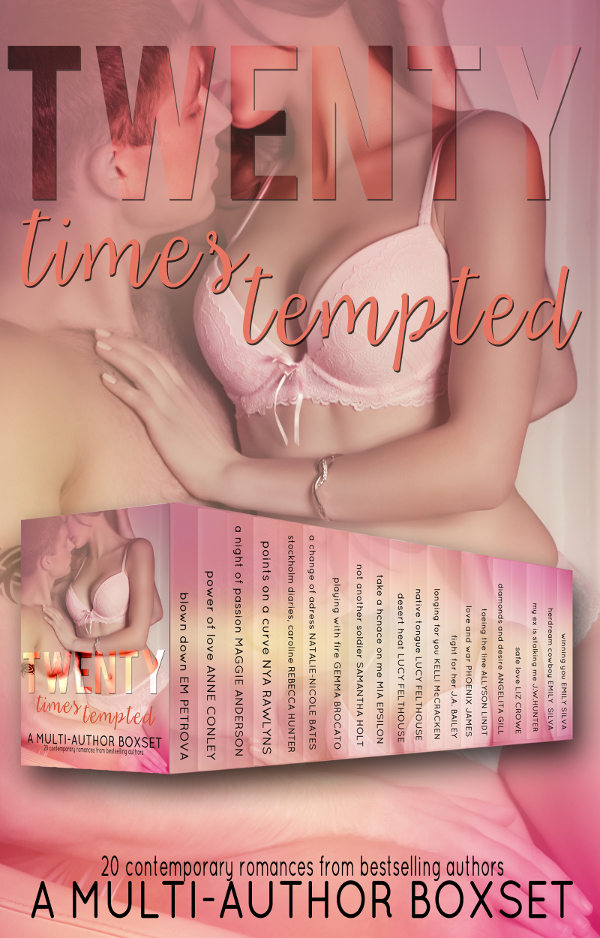 Twenty bestselling authors have joined together to bring you this HUGE boxset for only $2.99 and #FREE on Kindle Unlimited!

From sexy alpha males to dominating billionaires to gorgeous soldiers to cowboys with their wranglers hung low, there’s something for everyone. Including several never before released books, don’t miss your chance to snap up this boxset. We’ve even made it easy for you…with inside info from each author in the contents, it’s easy to choose which titles you’ll adore the most.

HEAs and full length stories are guaranteed in this set. Pick up one of the largest boxsets around, worth over $50 for a limited time only.

We’d also love your support on our Thunderclap campaign. Sign up to help us here: https://www.thunderclap.it/projects/45752-the-best-boxset-of-the-2016

5 Reasons You Want a Tattooed God by Em Petrova 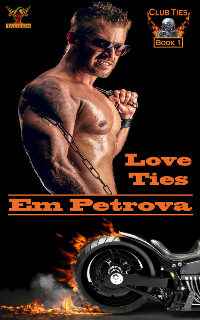 My latest book LOVE TIES is all about gritty guys, and yes, they have a lot of ink! I’m a sucker for a hard body with tattoos, and here are 5 reasons you want to run your hands up and down a muscled, tattooed body too.

Do you have any more reasons you want a tattooed god? I’d love to hear them! Read on for a sexy excerpt from LOVE TIES, now available!

The instant he walked into The Gearhead bar, she knew it. Chatter stuttered to a stop, and the cover band seemed to trip on the beat. Without looking over her shoulder, Ever felt Jamison’s heavy stare.

A shiver raced down her spine, but she managed to keep from contorting into a strange shape on the barstool. Jamison Montgomery. Hell, even his name had serious swagger.

Gripping her glass, she stared at the green contents. Sex with an Alligator was her drink of choice, which had amused the hell out of Jamison from the very beginning. Ever hitched her boot heel on the stool rung and tried not to squirm.

From the corner of her eye she glimpsed the man who stopped every lady—and quite a few men—in their tracks. Six-feet-two with a chiseled chest that served as a fine pillow. Not that she’d admit it to anyone.

The pretty bartender leaned across the polished surface. “Wow, look at him. I bet a girl could ride him to Sturgis and back.”

As if she didn’t know exactly who the brunette referred to, Ever glanced around. And instantly regretted it.

Jamison’s deep hazel gaze latched onto her like a motorhead attached himself to a restored Harley. Ever’s skin broke out in goose bumps at the sight of the same five o’clock shadow that had burned her inner thighs so deliciously not twelve hours ago.

She clenched her knees together and took a slug of the green drink that tasted like a sour apple hard candy.

“Do you know who that is?” the bartender asked.

Barely turning her head, Ever tried not to let him catch her gaze again, but damn if he wasn’t a professional at it. She let him consume her with his eyes a heartbeat too long. Then shaking her head, she dragged her gaze away from his ruggedly beautiful face and tried to play it cool. “Just some dirtbag.”

Her drawl was Deep South even to her own ears—something Jamison had commented on. That and her name. There weren’t a lot of girls named Ever on the big blue ball they called Earth. When explaining her name, she always claimed her mother had named her this, because given a choice, she’d never, ever get pregnant again.

Three stools down, the scrape of metal legs on the dusty wood floor made Ever’s nipples pucker. Anything the man touched or looked at turned her into runny grits. The bartender smoothed her hands over her perfectly trim hips before bouncing down to take his order.

“What can I get ya tonight, loverboy?”

“Double of Jack.” When he spoke, his gritty tone ignited Ever. Too well she recalled him calling her baby in the same voice, sounding as if he’d swallowed gaskets and chased them with moonshine.

She’d regretted coming back to this Podunk town where she’d spent too many years as someone’s wife. Then the purdiest man in the state of Alabama had wandered through the door.

Too bad he was not a cowboy. Or a banker. A post office worker. Hell, she’d prefer a sewer employee over another man wearing leather and sporting too much horsepower between his legs.

She shifted in her seat, aware of Jamison’s gaze. She didn’t dare turn her head because her face would light up like the Fourth of July. With a complexion like hers, she had little control over her blushes.

“I’ve gotta use the lady’s room. Save my drink.” Ever’s mutter to the waitress didn’t go unnoticed by Mr. Tight Jeans. She didn’t get halfway down the corridor leading to the restrooms when leather and earthy aftershave overwhelmed her.

He grabbed her elbow and whirled her. Her back struck the wall, but he slid a hand behind her in time to cushion the impact. As Jamison leaned in, breath minty and lips inviting as hell, she panted for control.

He was dressed to kill in those dark jeans, his motorcycle club T-shirt, and a black leather vest that fitted to every muscled inch of his torso. Ever’s knees sagged, and he trapped her more firmly against the wall.

Dipping his head, he nuzzled her throat. She sucked in a harsh breath and fought the urge to twist her fingers into his leather cut and yank him down. The memory of those heated lips gliding over her flesh was almost too much to bear.

“Was I just some dirtbag to you last night?”

“Y-yes.” Her whisper was a lie, and they both knew it. God, how was she going to continue to resist this man? Every nerve ending in her body begged for his callused touch. But no, she had too much to lose.

Going back to the Life wasn’t an option. She’d busted her ass to break free of the world of guns, drugs, and anything on two wheels.

In the background the band struck a new song, the drummer a little too enthusiastic. Heller’s Gap had never been known for its musical talent, but someone had to keep couples revolving on The Gearhead’s dance floor.

What the hell had she been thinking to even come into a biker bar? Old habits would kill her in the end.

Jamison skated his perfectly hard lips down her neck to the hollow of her collarbone. Last night he’d drizzled cheap wine on her and lapped it up from that very spot. She melted down the wall, but he pinioned her crotch on his steely thigh.

She wet her lips. “I don’t plan on hanging around some guy wearing patches on his vest.” She’d almost chanted this mantra for twelve hours since meeting him.

Last night a single look from Jamison was all it took. Two slow dances later she was wrapped around him on the back of his bike.

Sure, it would start like this—scorching hot sex with a very considerate lover. But over time she’d be up all night, worrying about why he’d gone out packing more heat than the police force. Or whether or not he was with some sweet butt.

Her father had been a MC officer, and her ex patched in when he was barely eighteen. She’d learned how to hate men from the very best.

Guys like Jamison were also too damned sexy for her sanity. She planted her boots and tried to straighten away from him, but he rocked his thigh against her pussy. As hard muscle met needy flesh, even through the barrier of jeans, her eyes rolled back in her head.

“Just some dirtbag who can do this to you.” He pressed his knee upward, lifting her onto tiptoe. She bit off a cry. “And this.” He palmed her breasts, and heat tore through her as if she weren’t wearing a cotton shirt. “Or this.” He nipped her earlobe, and she couldn’t stop herself.

She turned her mouth into his, desperate for his taste. The instant she parted her lips, he plunged inside. For two mind-blowing minutes she forgot her name, her reasons for coming back to Heller’s Gap, and every good intention she had.

Jamison’s kisses stole all rational thought. He angled his head and drank from her, flicking his tongue along her lower lip until her panties were a soggy mess. He cradled her jaw and drove his tongue into her mouth again.

Whimpering, she clung to him.

He leaned away with a satisfied smirk. “Pretty good for just some dirtbag, eh, Ever?”