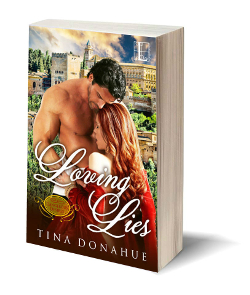 When she is kidnapped, Senorita Isabella knows the men have been sent by her uncle in a murderous attempt to control her family’s fortune. But when she is rescued by a dashing and mysterious warrior, Isabella can’t imagine why a stranger would risk his life for her—until she discovers her rescuer believes she’s someone else….

Fernando de Zayas loves nothing more than the cry of battle. Defying death is his way of life. But when he discovers his betrothed has been kidnapped, he rushes to her aid—never suspecting that spirited beauty would soothe his warrior heart…

With her uncle’s minions close on their heels, Isabella finds herself drawing closer to Fernando. But as the desire between them builds, her secret could keep them apart forever… 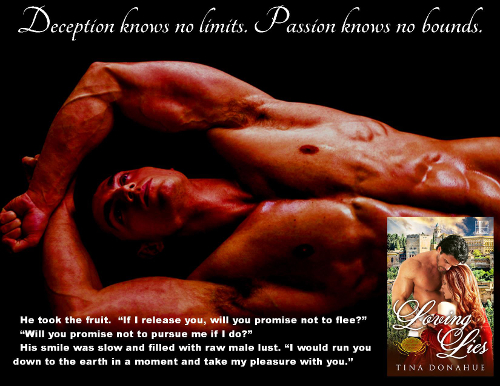 Isabella hoped she was now safe from the Moors, yet what of the fakir? She kept witnessing his surprising strength. He appeared to have a sword hidden beneath his filthy robe. Now she saw the high boots he wore.

She backed up, ready to bolt. Before she could, he grabbed her wrist and looked over both shoulders. “Now we must run.”

She stared. He expected her to stay with him? To go where? To what end? She had no chance to ask and couldn’t match his mad pace. He tugged her roughly to follow. She winced at twigs, small rocks, and other debris digging into her bare feet. At last, she cried, “I cannot keep up.”

Despite his words, he slowed somewhat.

Mulberry trees swirled past. Greens smeared into browns, the sun darting between the heavy foliage. Isabella’s breaths came hard and fast. At last, she was so dizzy the ground gave out beneath her. Before she could fall, the fakir wrapped his arm around her waist, holding her firmly against him as he slowed to a brisk walk, forcing her to do the same.

She panted. “Where are you taking me?”

“To safety. Ask no more, lest someone hears you.”

No one was around. Even the guards had given up their chase. The only sounds were wind rustling foliage, their feet scattering fallen leaves, their breaths rushing out.

Good sense told her to fight him. She worried her struggle might make matters worse.

She tried to see the fakir’s face. He held her so tightly she caught only brief glimpses of his beard and cheekbone as he scanned the area. They continued for what seemed an eternity. No village appeared through the countless trees. Did he expect them to walk forever? Fatigued and disheartened, she pleaded. “I must stop.”

After a short distance, he helped her to a massive mulberry tree gnarled with age. Panting, she slumped against the rough trunk with him in front of her, his body huddled close.

Too close. His breathing slowed, his shaft stiffened, pressing against her thigh.

Her heart skipped several beats. She twisted to get away. He tightened his arm, trapping her.

She pushed against him. He didn’t budge. She frowned. “Release me.”

He looked at her.

Her mouth went dry. His face wasn’t lined as it should have been for an ancient man. His eyes were even more striking than she’d realized, lushly lashed, the color of honey, an inner heat burning within them that imprisoned her…until he casually stroked her hip. Blood drained from her face. Her robe had parted, revealing her nudity. She yanked the fabric over herself and tried to pull away. He wouldn’t allow her any freedom.

She spoke through her teeth. “I demand you release me.”

His beautiful eyes seemed to smile, while his embrace remained strong with none of this making sense. Although his beard and brows were filthy from the tunnel, they were still white. Yet, he wasn’t bent as he’d been in Granada. He stood at his full height, with it being considerable. Thinking back to their escape, Isabella realized when he’d spoken to her, he’d never sounded frail. His shoulders were broad beneath his robe, the look in his hooded eyes unmistakable. He was aroused.

She pressed against the trunk. “Who are you?”

His sensuous lips curled up in an unexpected and decidedly amused smile. “Your future husband.” His voice was rich and deep with a young man’s needs. “The man you will always yield to as a wife should.”

Before she could comment on such madness or scream, the fakir lowered his mouth to hers. She froze. He brushed his lips over hers, tempting, coaxing, not yet demanding. She whimpered and ordered herself to flee but couldn’t. He remained gentle and relentless as he teased the seam of her lips with his tongue.

She opened her mouth to protest, which allowed him to slip his tongue inside and kiss her longingly, patiently. Warmth rolled through her. He ran his fingers over her cheek. Her belly fluttered, her legs growing weaker.

He trailed his fingers down her throat, creating a burst of heat more surprising than the last, then slipped his hand inside her robe and cupped her breast. Her nipple tightened instantly against his calloused palm. His skin was dry and hot, his movements unhurried as he used the soft globe. Was he mad?

She tore her mouth away and shoved him back with all her strength. It wasn’t a fraction of his, but she’d caught him unaware.

As he struggled to regain his balance, she hurried around the tree.

He followed and smiled.