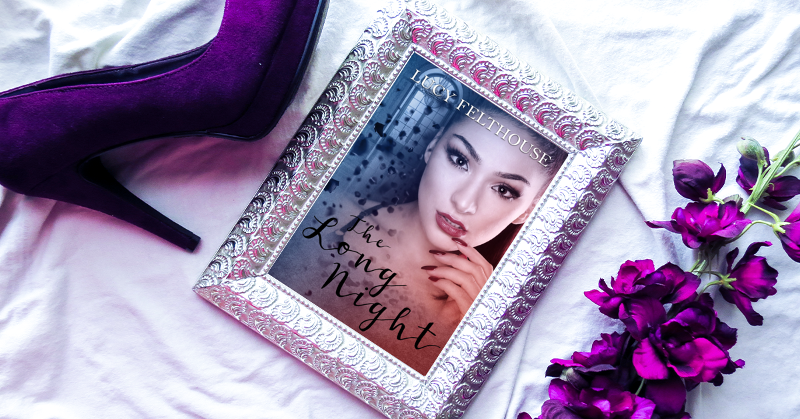 I’m delighted to announce that my paranormal reverse harem romance, The Long Night, is now available as a standalone! The story remains the same as it was in the Duty Bound with Bite anthology, so if you read it there, there’s no need to buy it again – unless you want the version with this totally luscious cover, in which case I wouldn’t blame you one bit. Also, it was only available at Amazon previously, whereas now it’s also available at all other popular eBook retailers. I also hope to make it available in audiobook format sometime in the future. More info below.

Do You Love Guys in Uniforms? We Have Some For You! (@bookfunnel) #bookfunnel #uniform #romance #reverseharem #rh #rhromance #whychoose

Do you love a man in uniform? If so, check out this amazing collection of soldiers, police, military men and more! https://books.bookfunnel.com/uniformguys/nqjs963pjw

Mid Week Tease: “…please could you stop looking at me like that?” #MWTease

Welcome back to Mid Week Tease! This week, I’m sharing another snippet from Fired Up, which appears in the anthology, Uniform Fetish: Manlove Edition. Next week, I’ll probably switch to something new.

“Mate.” Greg waved his hand in front of Lucas’s face. “I understand you’re in shock, but please could you stop looking at me like that? I get it, really I do, but no amount of feeling sorry for me is going to help. I’ve had time to get used to it, come to terms with it, and I’m fine. Plus, when you have ever known me to give up? I’ve been told it’s unlikely I’ll ever walk again, but not impossible. So I’m clinging to that and clocking some serious time in the gym and with my physio. This is just temporary.”

Nodding slowly, Lucas replied, “Yes. Yes, you’re right. Okay, great.” The smile he conjured wasn’t a wide one, but it was genuine. “It really is good to see you, buddy.” He clapped Greg on the shoulder and turned to the woman. “And I’m really sorry for upsetting you, Mrs. Judd. I was just completely gobsmacked. Are you, um—”

“This is my sister, Violet,” Greg interjected. “Violet, this is Lucas Hartley, an old army mate of mine.” He continued as the other two nodded acknowledgment at each other. “I’m actually very independent, despite my predicament, but I thought it’d be a good idea to have Violet here while the smoke detectors were fitted. She’s much more sensible with this kind of stuff than I am.”

Mid Week Tease: “I didn’t have a clue.” #MWTease

Greg looked down at his legs with a wry expression, then back up at Lucas. “Believe it or not, I broke my back in a skiing accident. Fucking ridiculous, huh? We’ve battled arseholes and terrorists together in the desert and managed to stay in one piece, but put me on a snowy hill and this is what happens.”

Shaking his head, Lucas said, “I’m really sorry, mate. I don’t mean to stand here gawping, but I just can’t get my head around it. I didn’t have a clue.”

“Why would you?” His gaze shifted briefly to the woman, then back. “You left the army; we lost touch. I left the army and took a little bit of time out, and this was my reward. Seems I would have been safer dodging IEDs and suicide bombers.”

Lucas recognized the sarcastic humor his old friend was employing, but he couldn’t bring a smile to his lips—his whirling brain wouldn’t allow it. How was it possible that his old comrade, his friend, a fantastic soldier, had been paralyzed in the pursuit of leisure? It just didn’t compute.

A strangled sound came from behind him, and the woman stepped around and stood between Lucas and the man in the wheelchair, her face the very epitome of fury. “What the hell is wrong with you? You can’t speak to people like that! How rude, how disgusting—I’m calling your boss, right now!” Shooting Lucas a venom-filled glance, she stepped over to a side table holding a landline phone and picked up the receiver.

“Hey, hey,” said the man in the wheelchair, maneuvering himself over and taking the woman’s wrist. “It’s okay. It’s okay.”

“No, it’s damn well not!” she fumed, glaring at Lucas once more. “He can’t go around speaking to people like that.”

“Seriously, it’s okay. I know him. Now put the bloody phone down.”

Lucas watched the exchange in utter confusion, and remained silent. What his brain was telling him and what his eyes were telling him were two completely different things.

Once the other man was happy there would be no phone call taking place, he gave the woman a reassuring pat on the arm and wheeled himself over to Lucas. Holding out his hand, he said, “Good to see you again, Lucas. It’s been a while.”

Still in a daze, he took the hand and shook it, but it was several long seconds before he managed to formulate a reply. “You, too, Greg. But seriously … what happened?”

Mid Week Tease: “Christ! What in God’s name happened to you?” #MWTease

Welcome back to Mid Week Tease! This week, I’m sharing something different. This snippet is from my story, Fired Up, which appears in the just-released anthology, Uniform Fetish: Manlove Edition, which has already hit bestseller lists on Amazon, All Romance eBooks and BookStrand!

Lucas Hartley grabbed his helmet and equipment and jumped out of the fire truck. The helmet wasn’t a requirement to go fit smoke detectors, but if the house had kids, it was pretty much a necessity. He’d yet to come across a rug-rat who didn’t ask Lucas to put his fireman’s helmet on, then take it off so they could try it on. He quite liked kids, so it was nice to see their little grinning faces, to make their day. Plus, if they were a handful, he could use the helmet as bribery to make them behave while he fitted the detectors and ran through a comprehensive fire safety discussion with a responsible adult. It never failed.

The downside, however, was that the whole fireman-in-uniform thing often got the responsible adults of the female persuasion all hot under the collar. For most guys, this wouldn’t be a problem. After all, a little flirtation here and there was good for the ego. But for Lucas, it was a drag—why couldn’t there be a single dad somewhere who was gay and needed a smoke detector fitting? Sadly, it just never seemed to work out that way.

Sighing, Lucas slammed the door on the mocking comments of his colleagues, who’d opted to stay in the truck. It only took one person to do the job in question, and today Lucas had drawn the short straw—literally. The others would no doubt chill out, chat and use their phones to text and surf until he was done, or an emergency came in. Whatever was first.

Rolling his eyes, he let out another heavy breath, then rearranged his face into a smile. No point taking his grumpiness out on the home owner. Striding up to the door, he put his equipment down, then grasped the knocker and gave it a firm tap against the wood. After a short pause, he heard the unmistakable sound of a key turning in a lock, and the door was opened a little. A woman’s face appeared in the gap. She looked him up and down, then peered around him to the large red truck parked at the end of her driveway.

Apparently satisfied he wasn’t a cold caller, she opened the door wider. “Hello,” she said, smiling. “Come on in.”

“Thanks.” Lucas picked up his gear and moved into the hallway, waiting while the woman shut the door.

After doing so, she indicated he should head through an open doorway into the living room. Lucas entered the room, and was just about to ask the woman—Mrs. Judd, according to his paperwork—if she knew where she wanted the detectors fitting, when a man in a wheelchair appeared from another open doorway.

Opening his mouth to greet the man, Lucas then snapped it shut as his brain struggled to process what he was seeing. Trying again, he came out with, “Christ! What in God’s name happened to you?”