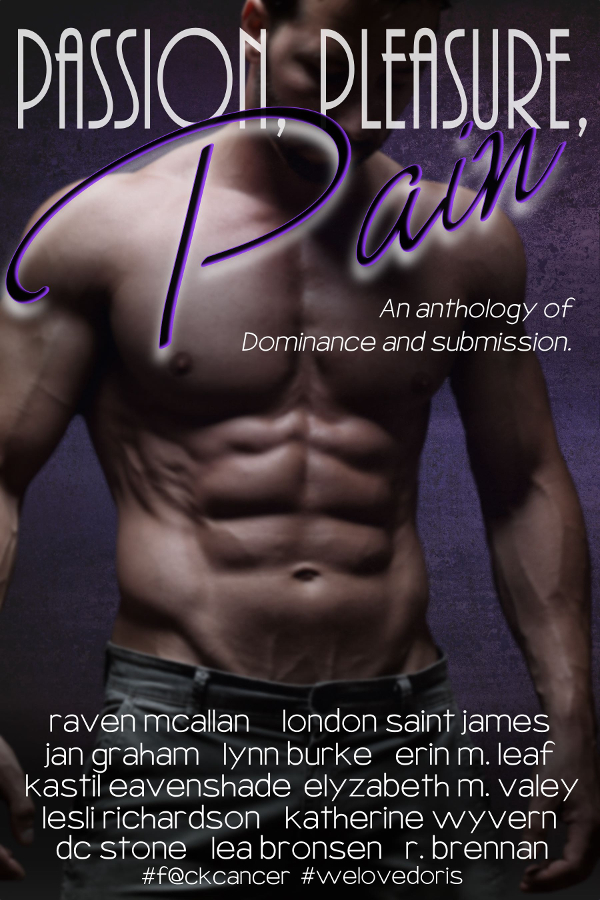 In each other they found the piece of themselves they hadn’t even realized was missing.

This D/s anthology was put together by writers who hold author, Doris O’Connor, near and dear to their hearts because the genre is one that was near and dear to Doris as an author. We’ve all been touched by Doris as writers and as friends, and wanted to do something to honor her in the only way we can – with our words.

All proceeds from the sale of this anthology will go to Doris’ family because as Doris, herself, always said: #F*CKCANCER

Four dangerously dark and delicious stories that will awaken your dirtiest fantasies. 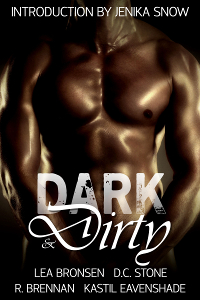 NOT ONE NIGHT by D.C. Stone:

One night of pleasure isn’t worth losing a lifetime of friendship. Or a reputation. Or a career. A spot in the social standing. That irritating innocence. Or the always-so-present pride.…

But it is worth losing her heart.

His family has the wealth and power to give him anything … except approval.

Gianni Bencivenni marks his time in lines of cocaine. One lover is the same as the next within the walls of addiction—until his family puts a contract out on his life. On the run with the last man he wants to be in close quarters with, Gianni has to decide whether his yearning for acceptance and love can overpower his need for a drug-filled haze.

Johnny “Butcher” Mascagni marks the black sins he commits. Death is his profession and ghosts of the dead haunt his waking moments. His penance for the dark life he’s led. Through all the men who have shared his bed, love is a promise that eludes him. When a former lover becomes his last assignment, Butcher must decide if he can set his demons free and open his heart again.

Ex-convict Luke has been fortunate enough to land a small job as a kitchen assistant, but he’s lonely and crippled by baggage from the past.

CEO Roman Spencer also has his share of problems. It doesn’t help that a tough and hot-headed kitchen worker begins to plague his mind…and body.

The more Luke runs into Roman, the more his dark fantasy turns into attraction. If he surrenders, his thug pride will effectively go down the drain.

Alexis Harrison is a mess. She’s managed to blow out her knee, lose her scholarship, and get hooked on pain killers. Now she’s playing mule to her dealer, who is her only friend, to support her ever increasing habit.

If something doesn’t change soon, her addiction is going to cost Lexi more than just everything.

Paperbacks can be purchased at CreateSpace

D.C. “Desi” Stone is a best-selling romance author and full-time fraud investigator. She lives in California with her incredibly supporting husband, two kids, and the ever-growing family of cats. After serving eight years of service with the United States Air Force, she went on to transition into the world of financial crimes and became a lead investigator for many years. Reading has always been a passion of hers, getting lost in a good, steamy romance is one of her favorite past times. She soon after discovered her own love for writing and recreating stories and characters in her head. Her writing concentrates on romantic with specifics in paranormal, suspense, and erotica. Now, when she isn’t trying to solve a new puzzle in the world of fraud, she is engulfed with coffee, her laptop, and all those crazy characters in her head.

Kastil Eavenshade is a multi-published author pandering her romantic shenanigans. When not catering to the whims of three rescued kitties, she’s dreaming up her next heart-beating tale. No period in history—past, present, or future—is safe from the clutches of her muse. Her passions beyond writing are drawing, cooking, and watching Pittsburgh Penguins hockey. She credits her parents for her free spirit as they’ve always supported her in every aspect of her life. Without them, she wouldn’t be here. She finds pleasure in writing anything from fantasy to romance-which sometimes parallel each other.

R. Brennan is a subbie brat with a bitch streak, an IT geek for the state of New York, and reformed gaming addict living in the rolling hills of Upstate NY. (You know, where it takes a ten minute drive to buy a gallon of milk, and the smell of cows lingers on the breeze.)