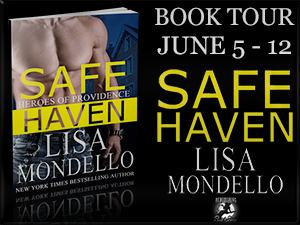 Writing crime romances can be difficult.  You never know who is going to you’re your story and you want to get procedure correct if you’re writing about specific special law enforcement agencies.

When I wrote Safe Haven, I knew there were certain things I wanted to do, but I wasn’t sure if they were legal.  Luckily, my husband was a part time police officer in a neighboring town and I knew I lot of police officers I could bounce ideas off of.  Some authors go to the Writer’s Police Academy.  One day maybe I will attend.  But I relied on in house feedback for Safe Haven.

One of the things I quickly learned was that police officers have seen a lot and are suspicious of everything you say.  They have fertile imaginations, too, which made it fun to brainstorm ideas.  I would go down a path with my idea and they would quickly reel me in though when it was clear I wanted to do something that wasn’t plausible.  They’d reel me in.  They wouldn’t give me ideas of what to do.  But if I had an idea, they’d help me flesh it out.

But I had to be careful.  It’s easy to get excited about a new book I’m working on.  I do a lot of Google searches that lead me down paths and help me build on the seed of an idea.  But then when I get that idea, I have to be careful when I call on a professional to ask them questions.  It’s important to preface each call with why I’m asking a question.

For example, in Safe Haven, there is a bloody scene.  I needed to know details about blood, how it’s collected, preserved, how much blood a person could lose to give suspicion that it might be fatal.  You get the idea.  As he scene was coming to me and I realized I needed to know detailed information, I called one of my neighbors who is a medical technologist.  I figured she’d at least be able to lead me in the right direction.  She knows I’m a writer.  We’d sat at enough neighborhood campfires together at that point.

But in my excitement about this scene I was about to write, I neglected to tell my neighbor who I was when she picked up the phone.  I just started rattling off about blood and how I was going to use that blood and asking how much blood a person can drain from their body before it’s fatal.  Well, I think the blood drained for her face even though I couldn’t see it.  She sputtered a bit and then asked who it was on the phone.

We had a little laugh and once her heart stopped pounding so hard, she gave me the info I needed and I wrote my scene.  I made a mental note to myself to make sure I announced myself and what I was calling for before launching into gory details.  I was also thankful that call hadn’t been to the police station.  Even though I know a lot of police officers and they’ve helped me before, I have a feeling I would have had blue lights flashing in my driveway before I finished writing my scene. 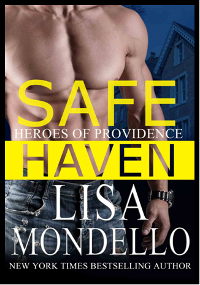 When someone you once loved wants you dead, is there any SAFE HAVEN?

Finding out her ex-husband hired a hitman to kill her didn’t leave Daria Carlisle all warm and fuzzy. But Detective Kevin Gordon’s suggestion she flee the only home that had ever truly been hers was downright crazy. Forget that the sexy police officer made her heart pound and her blood stir. She’d worked too hard to get what little she had. She wasn’t leaving.

Kevin Gordon didn’t make mistakes, but he’d made a big one in letting Daria’s ex slip through his fingers. Although he tried to make it very clear to Daria that the fixer upper home she considered a palace was no safe haven, she just dug in deeper and insisted on staying, leaving him no choice but to be her protector. Left on her own, she surely faced murder at an assassin’s hand. But can Kevin spend every waking hour sleeping on her doorstep just to keep this stubborn woman alive without risking his heart to love?

“Your husband hired me to kill you.”

The last words Daria Carlisle expected to hear in her kitchen on a bright and sunny Sunday morning were those. She stared at the man who’d just uttered the frightening words. Words spoken with such ease and comfort it made her blood run cold.

She stood statue still, almost glued to the aged linoleum floor that was too frail to be salvaged. Her gaze swept from his face to the decrepit floor as she dragged in a breath of air. Earlier that day she’d been obsessing over how she was going to afford replacing the linoleum. Hearing these words from a man she’d just invited into her home willingly put a slightly different spin on her priorities.

Your husband hired me to kill you. The words just hung there in the air between them like some bright red cartoon balloon, mocking her. 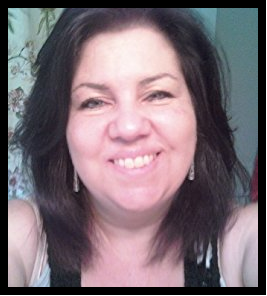 New York Times and USA TODAY Bestselling Author, Lisa Mondello, has held many jobs in her life but being a published author is the last job she’ll ever have. She’s not retiring! She blames the creation of the personal computer for her leap into writing novels. Otherwise, she’d still be penning stories with paper and pen. Her book The Knight and Maggie’s Baby is a New York Times Bestseller. Her popular series includes TEXAS HEARTS, DAKOTA HEARTS, Fate with a Helping Hand and the new SUMMER HOUSE series. Writing as LA Mondello, her romantic suspense, MATERIAL WITNESS, book 1 of her Heroes of Providence series made the USA TODAY Bestsellers List and was named one of Kirkus Reviews Best Books of 2012.

You can find more information about Lisa Mondello at lisamondello.blogspot.com and sign up for her newsletter to receive new release information at http://eepurl.com/xhxO5