The girth isn’t massive, but it’s thicker than some so bear this in mind. If you’re using lube, don’t forget to use the water based kind, otherwise there’s a chance you will wreck this beautiful toy. And you don’t want that as it’s orgasms galore with this toy!

Those lovely folks over at SexToys.co.uk sent me something else to road test – the Rocks Off RO 100mm Soft Tip Bullet. I have to say that its cute and innocent-looking exterior is a lie! This bullet really packs a punch and should be stashed in every girl’s bedside cabinet or handbag.

This seriously is a fab gadget. It’s discreet, powerful, attractive-looking and a great price. It’s not massively loud either so if you’re using it when you shouldn’t be then you don’t need to panic too much! As you can see from the photo, the tip is tapered to quite a small point meaning you can be very precise where you position it so the vibrations go exactly where you need them to.

As well as being great for ladies’ alone time, it’s also suitable for couple play. It doesn’t look at all scary, so the average bloke isn’t going to run a mile at the sight of it. With just a little imagination this bullet can be used to spice up all kinds of sexy situations!

The only downside to this toy (and it’s a tiny one) is that it takes an ‘N’ battery, which can be difficult to get hold of. However, it is supplied with one (brownie points to the manufacturer) and if (no, when!) you buy yours from SexToys.co.uk, you can add a couple of spares to your basket for an excellent price. I’d recommend you do too, as when you’ve started having fun with this toy, you won’t want to stop!

Get the Rocks Off RO 100mm Soft Tip Bullet here. 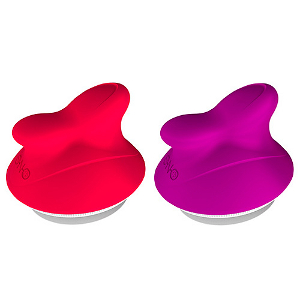 Those lovely folks over at SexToys.co.uk sent me some more goodies to test out. This is the first sex toy I got to grips with: the ONO Pleasure Cleo Bath Massager. The photo illustrates two, showing the colours it’s available in, but I got one in pretty pink.

It may look like an unusual ornament, but it sure packs a punch. It’s lovely and smooth so it doesn’t feel uncomfortable against your sensitive parts and has eight different modes. It takes 3 AA batteries, which aren’t included (but are mercifully easy to replace). You’ll definitely want to stock up on batteries if you buy this toy though, it’s such a fun and effective toy that you’ll be riding it until the cows come home. Orgasms galore are the order of the day with the ONO Pleasure Cleo Bath Massager.

Check it out at SexToys.co.uk. 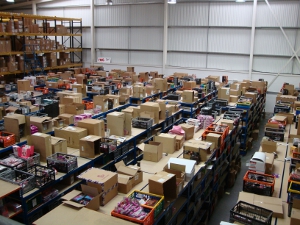 I arrived at my destination feeling a little disgruntled and annoyed that I was a little late (due to roadworks and idiots crashing!), because I hate keeping people waiting. Luckily, when Cara and Ellie came down the stairs from their office to meet me, they didn’t seem to mind. They were happy and smiley and I immediately felt better, though still nervous about the fact I was about to be plonked in front of a camera.

An initial technical hitch ended up with Cara and I wandering around the room talking random gibberish into the mics to make sure everything was working OK. Then we chatted more sensibly to one another while Ellie finalised her set up. Then the show was on the road! 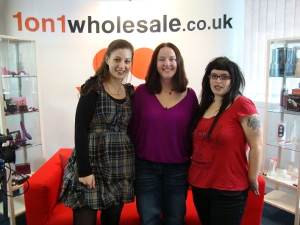 Cara quizzed me on my writing, existing and new releases, working techniques, erotica recommendations and more. I answered her questions, all the while remembering not to look at the camera, to keep smiling and to stop saying ‘erm’ all the time! Later, Ellie assured me that they’d be able to edit some things out, so hopefully I’ll come across as articulate at the very least. I heaved a sigh of relief when it was over (this is not a reflection on Cara and Ellie – I was terrified and hate being in front of a video camera), and Cara gave me a tour of the HQ, including their warehouses and offices, where I got to meet some of the other lovely people that keep the place running smoothly.

Journey aside, it was a fun experience and I didn’t really want to leave as Cara and I were having a nice chat. Alas, I had places to go, people to see, etc… so my adventure was over and now I wait with baited breath to see the ‘final cut.’ I’ll let you know as soon I do!

P.S. In other news, A Bit of Rough has now started rolling out to other eBook retailers, including All Romance eBooks and Amazon. Check out the book page for an up to date list of retailers. 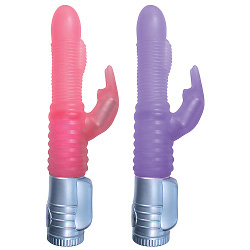 SexToys.co.uk sent me the Clit Tingler Climax Rabbit to review – don’t get too excited, there aren’t two of them (though heaven knows what you’d do with two – actually, I don’t want to know!) in the pack. Lucky ol’ me got the pink one – my favourite colour.

My first impressions were good: it’s good quality, sturdy and not scary. It  has a rotating part in the shaft as well as the clitoral stimulator and they work independently, so it’s up to you if you want to use one or both. Both functions have three settings so you’re spoilt for choice, really! There’s also a vibrating bullet in the shaft, positioned to hit your g-spot so this toy promises lots of fun.

It delivers, too. As often happens with this type of toy, when you’re using both functions you do lose some power, but it still has plenty! Used independently, the clitoral stimulator is incredibly powerful – I’d recommend using lube with this rabbit!

Overall, the Clit Tingler Climax Rabbit lives up to its name. It’s not one of the cheapest on the market, but if you’re looking for something that’s going to hit the spot (or both your sweet spots, in fact!) and last you a while, then this one is worth buying. It takes 3 AA batteries, so no problems there. 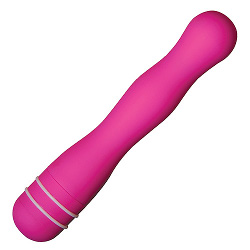 Those lovely folks over at SexToys.co.uk sent me this Party Girl Velvet Wave to try out and do a write up. My thoughts are as follows…

The Party Girl Velvet Vibe comes in no-nonsense packaging. Good news is it takes 2 AAA batteries, rather than 1.5v which I’ve seen in similar vibes, and are a pain to get hold of. AAAs are cheaper, too.

The Velvet Vibe is also waterproof which adds even more possibilities! Overall, it’s a fab quality, powerful toy at a great price. Definitely one to add to your toy box.