Merry Christmas and a Present! 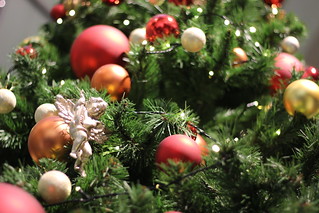 I just wanted to stop by and wish you all a Merry Christmas. This week is going to be pretty hectic getting everything up to date before the holiday hits – the joy of being self-employed! And then there’s the fact I’ve got a new book coming out on Wednesday, so I’ll be busy promoting that baby. 🙂

So, before things do get too hectic, Merry Christmas and a Happy New Year, and here’s a present for you:

So head on over and grab your free download. I’ll be leaving it as a permanent free read, though, so if you’re not getting an eReader until Christmas, you don’t need to panic. It’ll still be available afterwards. 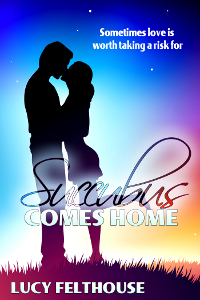 Once the door was safely closed behind them, Alice looped her arms around Antony’s neck and pulled him in for a kiss. Instantly, and much to her surprise, she felt a delicious jolt in between her legs. Wow, this guy was doing some strange, but welcome, things to her. She pressed herself against him, grinning against his mouth as his arms went around her, pulling her even closer. He hadn’t even had chance to remove his jacket before she’d jumped him, so she could smell the scuffed leather. It was a truly masculine smell which sent further warmth to Alice’s pussy, and she felt a trickle of juice seeping into her underwear.

Breathing deeply, Alice could also smell Antony’s cologne. It, too, was very masculine, very pleasant and yet somehow familiar. She knew the smell, but couldn’t quite put her finger on who she knew or had known that wore it. There was someone, but his identity evaded her. She could almost see his face, but it kept skipping away from her. No matter. She was here, now. And for a change, it was exactly where she wanted to be.

She pulled her body back, still kissing Antony, and pushed the lapels of his jacket back over his shoulders. He got the hint and wriggled out of it, their lips still crushed together, unwilling to part. Alice couldn’t wait to get him naked. She’d never been this out of control over a guy before, and she thought she liked it. Based on the spark between them so far, Alice was going to get a major energy boost tonight. Hell’s administrators would be most pleased.

Desperate for some skin-to-skin contact, Alice broke off their embrace. She stepped back, slid the spaghetti straps of her dress from her shoulders and shimmied around until the garment hit the floor. She wasn’t wearing a bra, didn’t need to; her shapeshifting talents meant that her body could look exactly how she wanted. And the form she’d chosen this evening had bigger than average, yet decidedly perky breasts. She turned on her heel (literally, she was still wearing her stilettos as she knew they made her arse look fab) and strode to the bedroom. At least she hoped it was. In the small apartment, the door she’d approached could only be the bedroom or the bathroom.

Thankfully, she was right. On opening the door, Alice saw an extremely tidy bedroom. Tidy? Wow, he really was perfect.

You can get your hands on this sweet and sexy paranormal romance here.