Tag Archives: surrendering to the beast 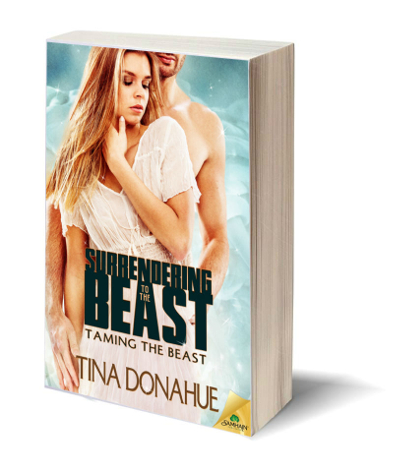 As a good fairy, Heather is empathetic and chaste to a fault. No bad language, no dirty thoughts, flirting and no sex. But when a satyr named Daemon steps up to her reception desk at From Crud to Stud, she finds herself on the fast track to exquisite corruption.

Daemon is the total bad-boy package with a kiss straight from the dark side. Though he’s here for a supernatural makeover, Heather can’t imagine why any red-blooded woman would want him to change.

A disciple of the god of wine, Daemon has had his share of good times. But sex has never been this good. Heather brings out a new side of him, a side that makes him want to protect as well as pillage.

But Daemon needs a little creative backup to help set his fairy’s naughtiness free. And that means bringing in Mistress Jin. Under the genie’s tutelage and Daemon’s shameless lust, Heather is about to learn what it means to let loose.

Warning: Not your typical bedtime story. May lead to indecent behavior, a taste for voyeurism, discipline, bondage, m/f, m/f/f and f/f action, which will result in screaming orgasms. Proceed with caution. 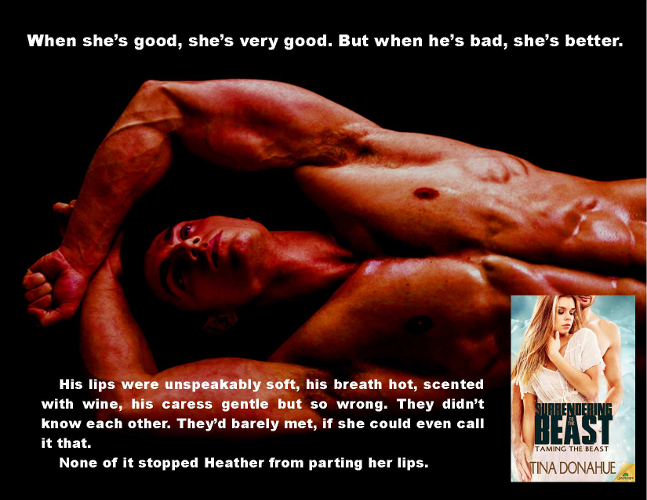 Her mouth was wonderfully loose beneath his, her kiss not as tentative or virginal as Daemon had expected. Not that he’d had a lot of experience with untried maidens. When he was young and clueless, the older nymphs had set him on a path of carnal pleasure, running him down, crawling all over him until he submitted.

He hadn’t fought hard. Before any of those babes could blink, he’d plunged his rigid rod into them. The younger nymphs had watched, and when it was his turn to test and tame their innocent flesh, they’d been as skilled as he was. A real bummer for a guy who needed the thrill of the chase and a conquest.

Slanting his mouth for greater penetration, Daemon deepened the kiss. Heather wreathed her arms around his neck and suckled his tongue as if she’d been born for the task. Hot damn. She was the first fairy he’d tasted, and was she ever luscious, a combination of something minty, possibly toothpaste or candy, and something far better…ethereal, if you will. Like the faint scent of a flower carried on a breeze, the taste of a raindrop, the heated caress of a sunrise.

Best of all, she smelled of something powdery, pure and sweet.

Growling with intolerable need, he filled her mouth even more with his tongue, wanting to rip off her dainty clothes, get down to business, forget the foreplay or the thought of being a nice guy. In Couturie, all it took was one look from him and a nymph would assume the position, so to speak. Or she’d blindside him while they were rolling across the forest floor and take whatever she wanted, with that having nothing to do with sweetness and charm.

Heather was so gentle and soft, his body throbbed with need. He pulled her closer. She stiffened, made a sound like a wounded animal and pushed the heels of her hands against his shoulders. His lust punched up several more notches. Cupping her small breast, he thumbed her nipple.

Heather tore her mouth from his and gasped, “Stop.”

Daemon didn’t want to but dropped his hand, thinking the challenge would make this even hotter. He waited a few moments. Nope. Now, he was frustrated. “Why?”

“We’re strangers.” Her breath skipped across his chest, making his skin tingle. “We don’t even know each other’s last names.”

“I don’t have one.” He lifted his hand, his fingers itching to squeeze her breast again. “Do you?”

Daemon huffed out a sigh and settled his hand on her ass rather than her boob.

She sighed lustily and trembled. “That’s not much better.”

Maybe not for her, but gripping her nicely rounded ass was doing wicked things to his shaft. The damn thing was so hard his skin was about to split.

Crap. Like a good boy, Daemon did as she wanted, running his knuckles down her velvety cheek instead.

Heather lifted her face to his. Her eyes were a fragile green softened even more with gray, her waist-length hair the color of moonlight, silky and thick, her expression filled with too much honesty and trust.

“Well, no. I liked what you were doing, but it’s wrong. So thanks for stopping.” She pecked his mouth and paused before brushing her lips over his.

Both of them stopped breathing at the same time. Before he could close his eyes, Heather clearly surrendered to base desire and pushed her tongue into his mouth.

Daemon groaned and growled, unable to make enough noise to convey the heat burning within him, his hunger for her. They turned in slow circles, each of them trying to get closer, his hooves clomping on the tile, her slippers slapping delicately.

Outside, thunder boomed, rattling the window. Across the hall, something let out a blood-curdling shriek. The door flew open.

“Oh, hell, no,” a female barked, her voice so guttural Daemon felt the vibrations in his belly. “Get your hands off her.” 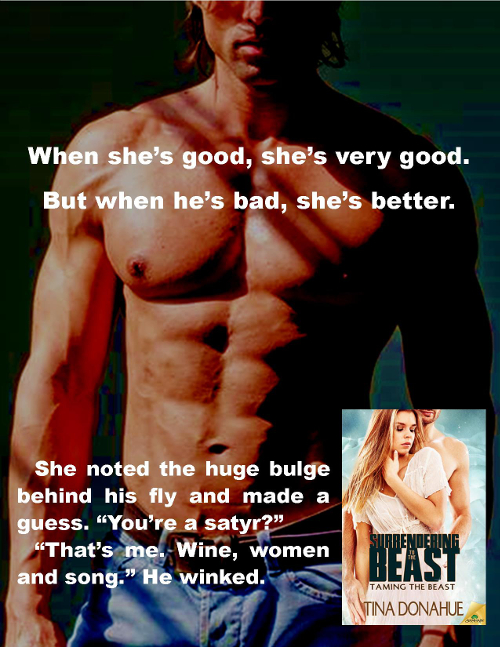 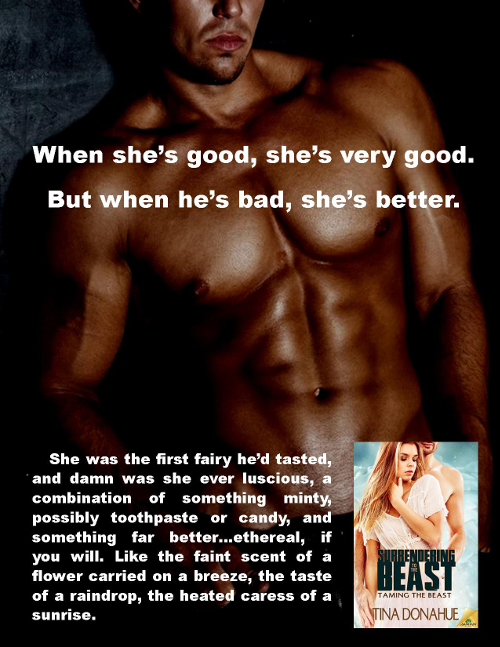 I’m offering one winner her (or his) choice of FIVE of my backlist ebooks – full-length, bestselling, award-winning, from this list (25 choices):