Just swinging by with a quick update. I know I’ve been quiet over the past few days, but I’ve had good reason! I’m taking part in NaNoWriMo (National Novel Writing Month) which is basically where you have to write 50,000 words in a month. I’m having to squeeze that into weekdays, as I don’t work or write at weekends. Hence the quietness 😀

I’m doing well so far, though, being slightly over target of writing 2.5k a day. My WIP is called The Persecution of the Wolves and is an paranormal erotic romance thriller – so something a little bit different for me. At this stage, I’m hopeful I’ll complete the challenge of 50k this month, and after that I’m hoping to finish the entire book by the end of the year. Then, if all goes well I’ll have it edited and beta-read by the end of January and ready to go to a publisher. That’s in an ideal world, of course, as I have to juggle my writing around my business, Writer Marketing Services.

Anyway, just wanted to let you all know why I’m so quiet just now. I have some new releases and fabulous guest bloggers coming up, though, so it won’t be quiet here for long.

If you want to check out my progress or “buddy” me on the NaNoWriMo site, I’m here. Also you see my progress in the widget on the right hand side of the page, at the top.

The Next Big Thing

Okay, the idea of this blog hop/meme thing is that an author answers the questions below in a blog post, then tags some other authors. Those authors do the same thing, and the hop goes on. So basically, we’re dishing the dirt on our WIPs! Love it! 😀

I’m not too sure, to be honest. I absolutely love visiting stately homes and castles and things, so I suspect it came from that side of my brain, which then melded with the naughty side and came up with a ménage tale set in a Manor.

Two hot men, one Rubenesque woman = a ménage made in heaven. Wow, that’s pretty good considering I just came up with it on the spot!!

It won’t be represented by an agency, but I don’t know whether it will be self-published. I’ll be sending it around to various publishers when it’s complete, and hopefully one of them will take it. But if not, I definitely wouldn’t rule out self-publishing.

I can’t really answer that, as I’m not finished yet! All being well I should be finished my first draft in the next couple of weeks and I think I started in early September. So around three months, I think. That’s not including the planning that went in beforehand.

Well, that’s easy. Throughout, I’ve had Jeremy Renner and Jared Padalecki as my male muses. Jeremy Renner is Jeremy Davenport, the owner of Davenport Manor. Jared Padalecki plays his best friend and also Head of Security, Ethan Hayes. For the lead female, I haven’t really had anyone in mind, but Melissa McCarthy would be pretty good! 😀 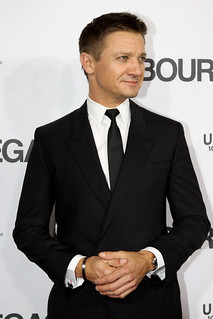 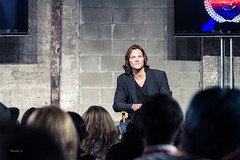 I’ve wanted to write a novel for a long time, and when this idea popped into my head and I realised there was enough mileage for it to be a novel, I went for it. And once I started, I knew I wouldn’t stop until it was finished.

What, if they’re not already hooked by the country house, Jeremy Renner or Jared Padalecki? Perhaps the fact that Alice, the lead female, is put through a series of  kinky tasks in her time at Davenport Manor – and enjoys being submissive.