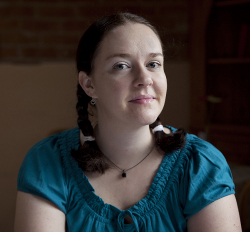 [Please note, my third person bio to be used in publications is further down the page]

I’m Lucy Felthouse, and I’m a chocoholic, a writer, a marketer and a web geek. I dabble in a bit of everything; but primarily I do the following things:

I’ve been writing for as long as I can remember, and have been published since 2006 in magazines, books and online.

When I graduated from university I started working in PR & Marketing. In early 2011 I decided to become self-employed; writing for part of the time and doing editing, web design, PR & Marketing for the rest of the time. You can find out all about the services I offer on my website, Writer Marketing Services.

I’ve written for various magazines and websites, and you can find a list of books I’ve appeared in on my Published Works page.

My hobbies and interests include; reading and writing, watching films, checking out other writers’ websites and blogs, spending time with friends and family; walking and camping. I’m also passionate about raising money for charity:

I am an experienced and enthusiastic public speaker/tutor – both in person and online – and am more than happy to get involved in literary festivals, writing courses, conferences, book clubs, and other relevant events.