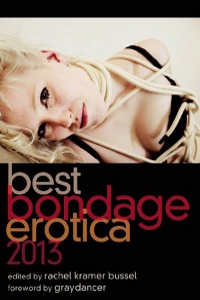 My story, Feeling the Heat, appears in this kinky anthology.

Watching her boyfriend, Taylor, as he picked up the mug of coffee and made to head straight back outside, Maisie let out an exaggerated sigh. Folded her arms for good measure.

Taylor turned to where she sat at the kitchen table with a magazine. “What’s up babe?”

She raised her eyebrows, unable to believe that he didn’t already know the answer to the question. Then, realizing she was going to have to spell it out for him, she did just that.

“One, you didn’t thank me for the coffee I made you. Two, you’re spending more time in that fucking garage than with me just lately. I’m beginning to think you’ve got another woman stashed in there, rather than that bloody car!”

Crossing the room to where she sat, he bent and dropped a kiss on her hair. “I’m sorry, Mais. Thank you for the coffee.”

With that, he headed back towards the door. He was almost out of it when Maisie spoke again. “Is that it?”

He spun to face her again, the movement inevitably making him spill coffee on the floor. “What do you mean, is that it?”

“I mean, you thanked me for the coffee, under duress. But what about the car?”

“It’s a heap of shit that gets us from A to B, and without it, we’re pretty much screwed. And you know we can’t afford anything else. I’m fixing it out of necessity, not to annoy you!”

She knew he was right, but she was still so disgruntled that there was no way she was going to admit it.

“Huh,” she said, a parting shot as Taylor returned to the garage, “you could’ve fooled me.”

She wasn’t sure if he’d heard her, as he didn’t react. She hadn’t shouted, but hadn’t exactly mumbled, either, so there was a good chance that he knew exactly what she’d said and was now quietly fuming in the garage.

And now, to add insult to injury, he’d buggered off, leaving her to clean up the coffee spill on the floor. She stood, shoving her chair back so hard in the process that it crashed into the adjacent cupboard. The possibility that it might have chipped the paint pissed her off even more. Stomping to the sink, she grabbed a cloth and moved to mop up the spill.

Once she was finished cleaning the coffee up, Maisie threw the cloth back into the sink and stalked into the garage. The sight of Taylor standing there casually sipping from his mug sent her already frayed temper to fever pitch.

“I don’t believe you.” She said, staring daggers at him.

She knew full well how unreasonable she was being, but she couldn’t seem to stop herself. Once her temper took over, it was best just to let it rage until it burned out. Taylor was used to it by now. He’d long since stopped arguing with her, knowing whatever he said would be wrong.

“What now? Are you kidding me? You claim you’re busy fixing the car, and I come out here and you’re standing around drinking coffee!”

She expected him to come back with some quip about being allowed a break, or something. What she didn’t expect was for him to place his mug carefully on a shelf, move so he was standing right in front of her, then grab her wrists.