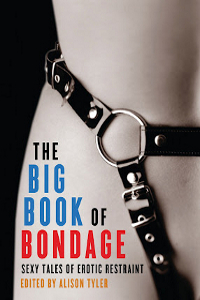 My story, Balancing the Books, appears in this kinky anthology.