Why Greenhouses are Sexy by Jo Henny Wolf (@JoHennyWolf @sinfulpress)

When I started writing The Black Orchid, appearing in the Sinful Pleasures Anthology coming out on August 20th, the only thing I knew was that I wanted to set it in a greenhouse.

There’s just something so alluring about gardening. A gardener has a deep connection with the earth, and growing things requires a certain amount of magic (I know, because I have none of that; thumbs as black as charcoal, that’s me). As a gardener, you spend your days with your hands buried in soil, covered in dirt. Stepping into a greenhouse is like entering another realm. The air is thick with humidity, green with the fragrance of plants and soil. I love that smell, the earthiness of it.

A greenhouse is a place so brimming with life that it feels perfect to have it as the setting for an act that worships life. And that’s how Baines’ Orchid Conservatory was born: a Victorian era greenhouse housing not only a veritable jungle and filled with rare orchids, but also an ecosystem of insects, pollinators, pests, and predators. I just had to get my characters in there.

I’m a very visual planner, and most of my stories start with an image forming in my mind. Fingertips grazing the line of a jaw, lips brushing the inside of a knee, a rumpled man in a suit kneeling in the murky light of a greenhouse, his cheek streaked with dirt. There is something delicious about the idea of a man in a suit, whose pristine elegance has suffered from a passionate encounter.

I’m also drawn to strange and twisted stories, to fairytales with hearts of darkness and rotting teeth, so, amidst all the green, I could see tokens of death. Sex reminds us of our mortality as we celebrate life; it reminds us of loss as we lose ourselves to ecstasy. That’s the other side of gardening: in the constant renewal of life, decay is forever lurking close to it.

Consequently, my characters couldn’t be just gardeners and orchid collectors. They had to reflect the duality of life and death, the conflict and suspense arising from the decay within the ripeness of life.

For this reason, Donn Black is a bringer of death, a king of the underworld. He is a meticulous man with great attention to detail, and he has to be in his line of work as a contract killer. He detests chaos, so when he meets Poppy Baines, the first thing he notices about her is the chaos that clings to her. He doesn’t know that she’s more than the harmless gardener she presents to the world, so when he finds himself pulled into a sexy game for a rare orchid, he doesn’t resist. The game is about more than just a black orchid, however, and bizarre flower mantises, butterflies, and beetles aren’t the only creatures poised to feast on death in this gothic greenhouse.

Neither Donn nor Poppy are vulnerable or redeemable characters, and that’s part of their intrigue for me. Donn is a killer with structure, someone who knows who he is and is comfortable with that. Poppy, on the other hand, is passionate and takes what she wants, even if it’s a stranger in a suit asking for a black orchid.

I find myself perpetually drawn to stories of imperfect characters, of humans finding themselves in impossible situations and not always making the right choices. After publishing Salt, my erotic retelling of the fairytale “Love like Salt,” late last year, my next project has been to work on a retelling of “The She-Wolf”, a short Croatian fairytale with an animal bride and a lot of issues – which is why it fascinates me so much. Until this story is done, however, I am continuing to publish short stories in between. You can find out more about my stories over at my website. 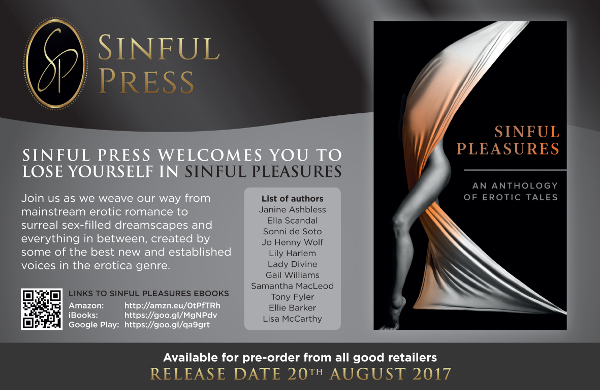 Excerpt of “The Black Orchid”

Poppy smirked, with a sparkle in her eyes that made him feel transparent and naked. He stuck a finger into his shirt collar to get some air onto his heated skin. It was entirely too hot in this hellhole of a greenhouse.

“Maybe you should take off your coat before you collapse,” she prompted gently. Donn’s cheekbones burned right through his skin as he followed her suggestion and shrugged out of his coat, folding it and depositing it out of the way on an empty rack attached to the table, while she plucked another black orchid from her tree shelf. She placed it side by side with the first plant. “Mostly, I just split them into clones, since I have already reached perfection with this breed. I used to pollinate though, to get this dark black.”

She waved him closer, and Donn followed her order. It was like a reward when she placed her hand on his arm, and another jolt of electricity tingled through him, sizzling hot in his lower belly. The heaviness in his groin increased.

“Give me one of the toothpicks from over there, please,” she murmured, leaning closer, and Donn sucked in air like a drowning man who’d broken through the water. His lungs only filled with more of the orchid’s earthy fragrance. As he reached for the toothpicks she had indicated, his head was swimming, as if the orchids had wrapped their roots around him like mangroves to pull him under again. His hand, so steady usually, shook. Poppy let her fingers slide along his much longer than necessary when she took the toothpick he offered. He wished she would touch him even longer.

“Alright. Do you see this little thing at the centre of the flower?” Poppy pointed the tip of the toothpick at a black blossom, and Donn bent down to look at it closely. “That’s the column. You have to insert the toothpick here, carefully…” She demonstrated it to him, but Donn had a hard time concentrating. “You have to push the tip into the stigma to get it sticky, then pull it out along the anther cap…here. Do you see those little yellow dots? They’re called pollinia. The gonads, basically.” She pulled the toothpick out of the column and showed him two tiny yellow blobs sticking to it. “Now comes the fun part.” With a grin, she moved to the second plant.

Donn swallowed. Poppy’s voice turned throatier with every word, softer, and he leaned closer so he wouldn’t miss a single syllable. “This time, you want to get the pollinia to stick to the stigma. So you gently—gently—push your pick into the column, all the way to the back…and there you deposit your load.” The toothpick came out clean, and she turned her face to smile at him. Her breath tickled against his cheek, warm and damp. Squeezing his eyes shut, Donn tried to get rid of the images of Poppy on her knees, her mouth hot and wet as she sucked his cock into her throat.

“Do you want to try it?” she asked, and Donn wasn’t sure if she meant pollinating an orchid or fucking her throat. The answer was the same for both. 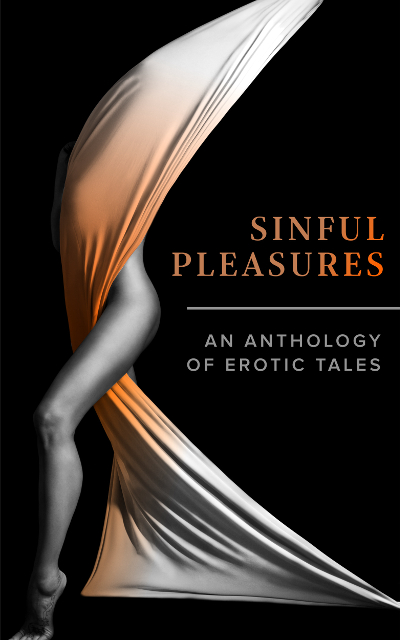 Sinful Press welcomes you to lose yourself in Sinful Pleasures.

Support your small publisher and buy the paperback direct

Jo Henny Wolf lives with her husband and two daughters in the idyllic Rhine Valley in one of the warmest places of Germany. She spent her childhood roaming the woods of the Black Forest, steeped deeply in myth and folklore and ingrained superstition, where her love for fairytales was nurtured and cemented.

She holds a B.A. in German Language and Literature as well as Scandinavian Language and Literature. Tracing intertextual influences is like a treasure hunt and a fascinating puzzle to her, but it’s not as fulfilling as writing her own stories, accompanying her heroines and heroes through adventures full of magic, love and melancholy, and lots of steamy sex. She writes Romance novels as J. H. Wolf.