The Tulips of …Turkey?

Many of us have a pre-set image of “tulips,” that typically involve a field of them surrounding a windmill in Holland. 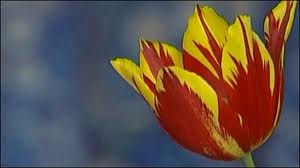 While this is certainly a legit image, I’m here to tell you that if it were not for Turkey, those ubiquitous, cupped flowers of spring would not be in Europe, much less America.

The Turkish word for “tulip” is “Lale” (pronounced “Lah-ley”). Images of tulips abound in classic Turkish art, pottery, and cultural images. When you tour the Topkapi Palace in Istanbul and peek into the “harem” (or “forbidden place”) there are entire walls of them, painstakingly painted onto tiles.

In the 16th Century, tulips were exported to Holland from the central parts of Turkey and became wildly popular. At one point the “tulipmania” was so rampant the Dutch government tried to outlaw the black market trading that had grown up around the prized bulbs, but eventually supply outstripped demand and they became just another pretty flower.

The years 1718-1730 were called the Tulip Era in Turkey, under Sultan Ahmed III and were marked by peace and happiness (for most) but ended as many of them do by a revolt which unseated the Sultan from his throne. 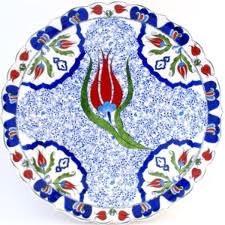 And those really fancy ones you admire in the spring after spending freezing days in November planting the bulbs and praying the squirrels don’t eat them (the ones that seems to have “flames” shooting up their petal)? That sort of coloring was originally from a virus that messed with the solid pigmentation of the flower, passed into them by a louse.  Of course the ones we admire are merely hybridized versions of the solid color ones but those first really pretty ones? Merely sick.

One of the main female characters in The Turkish Delights series name is “Lale.” And while her parents certainly wish the “calm beauty” of the flower upon their only daughter, that was not what she was about. She was a wild kid from the beginning and when she loses one of her twin brothers in a terrorist attack she goes off the deep end, partying, drinking, screwing any man she can find who is willing and generally not living up to her name. It finally takes family intervention, and a move to the States away from Istanbul to settle her—but really it takes a hot, large, Greek Dom named Andreas….but you’ll have to read the books to find out how!

I hope you get a chance to enjoy them soon! 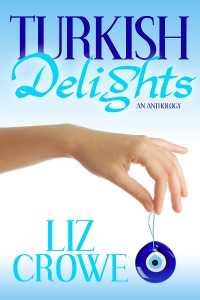 A young American woman comes face to face with her destiny in Istanbul in the 1960’s and an epic dynasty is born.

When Vivian Kinkaid turns around in her college classroom and makes eye contact with a man who was once her forbidden childhood friend, her life is changed forever.

A sweeping saga of family, love, loss and recovery—The Turkish Delight series begins with a special sort of magic. Then  Madame Eve works her miracles for the Deniz family, but even she can’t overcome the harsh realities that force this Turkish/American family all to deal with tragedy when one of their own is ripped from their close-knit circle.

“The Turks” opens with best-selling classic romance for the ages.  Then ends with a thrilling novella that brings all the players back together.  Set in Istanbul, Las Vegas, and Southern California, The Turkish Delights series has it all—heat, heart, intrigue and a deep, family connection that transcends all barriers.

Available from:
Amazon UK
Amazon US

When she isn’t sweating inventory and sales figures for the brewery, she can be found writing, editing or sweating promotional efforts for her latest publications.

Her groundbreaking fiction subgenre, “Romance for Real Life,” has gained thousands of fans and followers who are interested less in the “HEA” and more in the “WHA” (“What Happens After?”)

Her beer blog a2beerwench.com is nationally recognized for its insider yet outsider views on the craft beer industry. Her books are set in the not-so-common worlds of breweries, on the soccer pitch and in high-powered real estate offices.  Don’t ask her for anything “like” a Budweiser or risk painful injury.