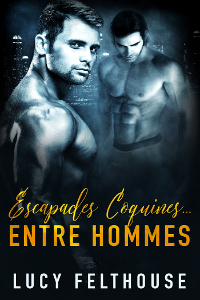 Wow, it’s been a busy couple of days for Magnificent Manlove, hasn’t it? First the audiobook release, and now it’s available in French, too – as Escapades Coquines…Entre Hommes! The eBook version is in the process of rolling out to the various retailers, and I’ll be making this one available in paperback, too! I haven’t done a French paperback before, and things are a little different so I have to get it figured out, so please bear with me.

Get your copy here: https://books2read.com/EscapadesCoquinesEntreHommes

I’m absolutely delighted to announce that, thanks to my superb narrator, Mitchell Pett, Magnificent Manlove is now available for your listening pleasure. Enjoy Mitchell’s dulcet tones as he brings these sexy M/M stories to life! 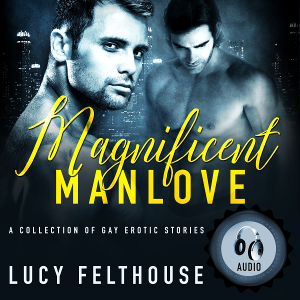 A bandit prince cursed into beast form under the full moon.

A brilliant but sadistic Rajah whose robotic sex toys mingle torture and delight.

A voluptuous spy on a mission from Her Majesty, tasked with discovering Rajasthan’s secrets.

She has never faced such a challenge.

When Rajasthan refuses to remit its taxes, the Queen calls on her most lethal and seductive secret agent, Cecily Harrowsmith. Cecily expects to have little difficulty persuading the rebellious Rajah to submit once more to the Empire. Instead, she is the one forced to submit – to endure unprecedented extremes of pleasure and pain.

Kidnapped by the ruler’s half-brother Pratan and delivered into the hands of the handsome but depraved Rajah Amir, she soon finds herself fighting against her own lascivious nature as much as the schemes of her captors. Her sympathy for the moon-cursed wolf-man Pratan only complicates her situation. Cecily has never failed to complete an assignment, but now she risks betrayal by both her body and her heart.

Note: This book was previously published by Totally Bound. It has been re-edited, revised and updated for this release. 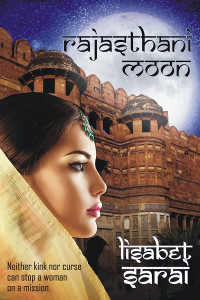 The brigand’s headquarters turned out to be a cave hollowed from the side of a mountain. After tethering his horse to a stunted tree near the entrance, he slung Cecily over his shoulder like a sack of flour and carried her inside. His casual handling of her body both inflamed and enraged her, but she remained quiet, observing her surroundings with care in the hope of discerning some means of escape.

The interior was less dirty and claustrophobic than she had feared. An uneven ceiling arched over their heads, reinforced by pillars fashioned from whole tree trunks. Oil lamps tucked into niches hewn into the walls dispelled most of the shadows. A wooden table, two chairs and a bedstead, all of rustic construction, constituted the only furnishings. However, to her left, on a natural rock shelf, she was surprised to see a sleek, modern com unit. Its low hum mingled with a faint gurgle of running water, coming from somewhere deeper in the cave. In the shadows she noticed a cage fashioned of iron bars, of the sort she’d seen used to transport sheep and goats. Does he keep animals here? she wondered. There was no barnyard scent.

He dumped her without ceremony onto the straw-filled mattress, then unsheathed his knife. Before she could even cry out, he had sliced her filthy, rumpled clothing off her body, pulled the fabric from underneath her, and tossed the bright rags into a corner. He also relieved her of the knife strapped to her arm and her other earring.

He paused to ogle her nakedness, the dark eyes above his mask burning with lust. Cecily’s nipples peaked and her cunny moistened in response to his brazen inspection—she couldn’t help herself—and she was uncomfortably certain that her reactions were not lost on him.

Using her bound arms, she managed to manoeuvre herself into a sitting position, with her bound legs dangling over the edge of the bed. He watched, neither assisting nor hindering her, clearly amused by her awkward progress. Refusing to be cowed, she answered his bold stare with one of her own.

He was the one to break the silence. “So, my lady. Tell me now. Whom do I have the honour of entertaining here in my humble abode?”

“Why should I reveal my identity to someone who will not even show me his face?” Cecily stalled for time, trying to work out a plan.

“A reasonable point. Pardon me.” The man untied the cloth that hid his features, revealing a beak of a nose, black whiskers and lips that curled in a sardonic smile.

“You!”Cecily cursed inwardly as soon as the word escaped.

“You know me, woman?” His eyes narrowed and his brows drew together into a scowl.

“I–I have seen your picture, sir—in the Bombay newspapers…”

What was the Rajah’s brother doing, hiding away in a miserable hole like this? Why didn’t he have any servants or retainers? Why had he attacked her carriage? These questions and a dozen more assailed her. Meanwhile, she struggled to offer a coherent excuse.

“My brother recommended that I should contact you, Your Excellency, when I arrived in Jaipur… He wishes to establish relationships with your weavers, to purchase your justifiably renowned textiles, but owing to his failing health, he sent me in his stead…”

“Nonsense!”His voice was like thunder. “Do not insult my intelligence! You’re no merchant, madam! Who are you really? Or do I have to beat the truth out of you?”

Cecily kept her mouth closed. Like all Her Majesty’s agents, she’d been trained not to break under torture. Thus far, that training had never been put to the test.

Pratan seized her by her long hair and hauled her to her feet. Of course, with her ankles bound, she could not walk. Half pulling, half carrying, he bundled her over to the closest pillar, jerked her bound arms up, then pushed her face first against the rough wood. The bark abraded her naked breasts and belly. She tried to squirm away from him, but he leaned his weight against her back while keeping her wrists pinned against the pillar above her head.

“Rebind,” he growled. In a flash the robotic rope unravelled and reconfigured itself, looping tight around both her arms and the column supporting her. Once he was certain she was secure, he dropped to his knees and touched the rope at her ankles. “Unbind.”

Cecily stumbled as the force connecting her ankles disappeared. Her relief at being free was short-lived. Pratan dragged her legs apart and inserted some sort of rigid bar between her shins. “Bind.” Before she could take two breaths, her legs were restrained in a permanently spread position, wide enough to allow her captor easy access to her sex.

Indeed, realising the degree of her exposure made her terribly aware of her quim, which she could not deny was soaked and swollen. You must be strong, she told herself. Think of England.

The cool air of the cave teased her bared flesh. Then a light touch, delicate as a feather, traced its way along the inside of her thigh. Her pussy clenched and moisture dribbled out. The impudent finger smeared the juice across her sensitive skin. Pleasure sparked through her.

“You can’t fight me.” His voice was like warm honey now, all the anger gone. It flowed through her, unbearably sweet. “And I don’t think you want to. There’s no shame in surrendering when you’ve been rendered completely helpless.” 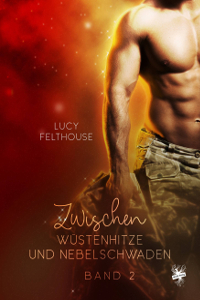 Both books have also been bundled into a paperback here: https://www.amazon.de/Zwischen-W%C3%BCstenhitze-Nebelschwaden-Lucy-Felthouse/dp/3959494785/

I’m delighted to announce the re-release of The Persecution of the Wolves (which has also been known as Pack of Lies), my werewolf thriller novel set in Eyam, Derbyshire. It has both M/F and M/M scenes, lots of tension, and will keep you guessing. I wrote it a looong time ago, but I thoroughly enjoyed going through it again and giving it a polish up and an update. I hope you’ll enjoy reading it, too.

Someone’s got it in for the Adams brothers. But who? And why?

Werewolf brothers Matthew and Isaac have lived in the peaceful village of Eyam, Derbyshire all their lives. The villagers know what they are, and have their reasons for keeping quiet. But this secrecy comes at a cost—the brothers can’t risk romantic entanglements.

Then, at the next full moon, a sheep is slaughtered on Eyam Moor, by what could only be a large animal. Even the brothers’ staunchest supporters begin to have their doubts about who—or what—could have done it.

As the brothers fight to clear their names, things are complicated by unexpected opportunities to indulge their lust. Isaac is intrigued by a handsome newcomer to the village, and a vivacious visitor is happy to offer Matthew her all.

Can the men prove their innocence, or is their centuries-old secret about to be revealed to the outside world, bringing their carefully crafted existence crashing down around their ears?

Please note: This book has been previously published. This version has been re-edited. 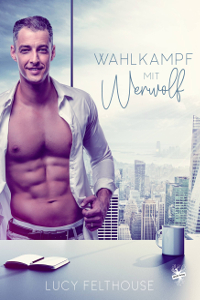