Knowing Her Place – Her Teacher’s Teacher, A Guest Post by Kay Jaybee (@kay_jaybee) 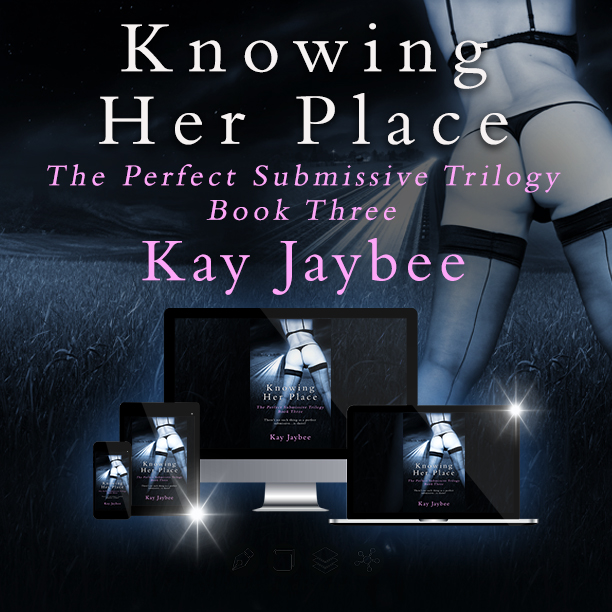 In the final novel of the series, Knowing Her Place, Jess faces her toughest challenge yet- to find her way back to where it all began- the Fables Hotel. But does she have what it takes to escape from The Retreat in Scotland and get home…wherever home may be? 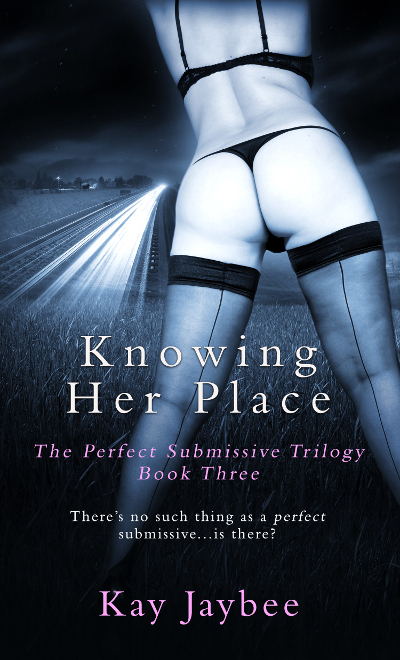 Having been thwarted in his plans to keep Jess at The Retreat permanently, Proctor isn’t willing to let Jess go back to her employer, Mrs Peters, without sending her on one final mission. Only if she succeeds in her task, will Proctor remove the collar of servitude he has locked around Jess’s neck.

With a list of five unfamiliar addresses in her hand, Jess is placed in a car and driven away from The Retreat towards England. With no idea of what, or who, awaits her at the each location, all Jess can hope for is that her journey will eventually take her back to where she belongs.

To the fifth floor of the Fables Hotel, where Jess Sanders truly knows her place.

Of all the people David Proctor forces Jess to encounter on her journey towards freedom, one of them is someone Jess never imagined she’d meet – but has always been curious about.

Ms Webster. An old lady who, many years ago tutored Jess’s mistress, Mrs Peters, in the art of domination and submission.

Not only does Jess discover a great deal about the history of Mrs Peters and her rival David Proctor, she finds herself (with the help of Max, Ms Webster’s odd job man), being held up as an example of the ideal submissive.

Pippa, Ms Webster’s carer, has always dreamed submissive fantasies – but as Jess knows all too well – a fantasy is one thing, living that lifestyle is something else altogether…

Ms Webster laid down her walking stick. Now she was within the realm in which she felt most confident it was clear its reassuring presence wasn’t required. Again, Jess could see similarities between Mrs Peters and the woman who had originally trained her. For Ms Webster appeared, even without her stick, to walk a little taller than she had before Max and Pippa had arrived in her home.

The easy conversation of only moments ago had disappeared as the retired mistress laid out a set of instructions. In one swift, uncompromising command, Ms Webster had Pippa and Jess standing next to each other, their upper garments removed.

Instantly Jess’s breasts felt the tug of Max’s eyes, making them rise and fall under his appreciation. Her throat dried and her pussy juiced as her imagination took its usual route into the infinite possibilities of the excesses she could be about to endure in order to provide others with a good time.

‘Max, if you would be so kind as to help Pippa with the first set of cuffs.’ Ms Webster pointed to the shorter of the two sets of chains as Max eagerly jumped to his feet, the enlargement of his cock visible beneath his denims.

‘Miss Sanders, you may raise your head for a moment, but be ready to return your eyes to the cross on the floor when I tell you to.’

Easing out the muscles in her neck, Jess watched as, placing her small, age-spotted hands over Pippa’s tiny, pale breasts, Ms Webster steered the carer to the opposite side of the cross. Just the cold touch of the older woman’s hands had caused Pippa’s mouth to gape, and Jess tried to guess how long she’d last in the chains before she came. If just the touch of skin on flesh produced a mew and flushing of Pippa’s face so early in the proceedings, then she didn’t think it would be long.

Now she was face to face with Pippa, Jess could take in her appearance properly for the first time. Her petite face, surrounded by a severely cut bob of blonde hair, topped a body which was only about four foot nine tall. All the carer’s features were small and neat, as if in adulthood her body had decided against moving on from its pubescent state. Her breasts were little more than beautifully carved bumps adorned with nut-brown nipples, her belly was so flat it was almost concave, and even though she wore jeans, Jess could tell that the hips beneath were slim, her pelvic bones not yet hidden by the fleshy padding that later years may well bestow upon her.

With a nod towards Max to deal with Pippa, Ms Webster addressed Jess. ‘Miss Sanders, Pippa will be relying on you to be her role model – like many before her, I’m sure. I have told her much about my past life. I think, however, to survive what lies ahead for you when you leave this place, you would also benefit from learning more about the past, particularly about the man whom you are up against.’

‘Indeed, Miss Sanders.’ Ms Webster took Jess’s hands and drew them backward, placing them over her own backside. ‘While you are here, you will not only be teaching by example, but you will be taught.’

Jess clutched her buttocks as her stomach rumbled, reminding her how long it had been since she’d eaten a proper meal. A fact that made Ms Webster smile with an approval Jess hadn’t been expecting.

‘Tell us, Miss Sanders, when was the last time you properly ate or had the chance to sleep?’

She was not entirely sure of the answer, for the days since she’d been given the chance to escape from the confines of The Retreat had begun to blur in Jess’s mind. ‘I had a night in a bed after task one was completed, and apart from some snacks grabbed from the railway stations I’ve visited –’ she caught Max’s eye as she spoke, hoping the mention of the railway would elicit some sort of response from him, but his features remained blank ‘– I haven’t eaten since my first task was completed.’

‘Do you see, Pippa, what being a true submissive means? It requires that not only do you give yourself over bodily, but with that comes certain deprivations you must cope with beyond the sexual, such as the burdens of hunger and lack of sleep.’

Pippa said nothing, but her eyes, which had taken on the glimmer of a woman unable to deny her body’s awakening, clouded slightly.

‘Miss Sanders isn’t a wife who likes the occasional spanking by her husband, nor is she the subservient half of a dominant but loving relationship; which, I suspect, is the type of submission that you yourself crave. She is a professional submissive. A woman who has stepped into a world that can be as lonely and frightening as it is rewarding; and largely consists of not really knowing who you can trust, yet, at the same time, accepting that you have to trust them anyway. It is not a life that is easily adopted. It is a life you have to be born to.’

Jess’s insides turned in a somersault. It had been a long time since she’d analysed her chosen way of life in such practical terms. Mrs Peters had seen who and what she was the first time she’d laid eyes on Jess when she’d gone to work at the Fables Hotel as a booking clerk. Since then, despite her initial personal bewilderment, Jess had come to realise that she had indeed been made for the life. Until now, however, she’d never considered the loneliness of the existence she had. She didn’t want to…

Although each of The Perfect Submissive Trilogy novels can be read as a standalone novel, you’ll get far more out of Jess’s adventure if you follow it from the beginning.

Many thanks for hosting me today Lucy, 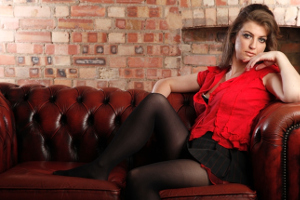 2 Responses to "Knowing Her Place – Her Teacher’s Teacher, A Guest Post by Kay Jaybee (@kay_jaybee)"