Wow… how to write this post without making it longer than the average short story?! I guess I’ll keep it short and to the point, and of course, the photos will speak a thousand words… or something. I am still exhausted from a fabulous weekend, and therefore my brain is not firing on all cylinders. Probably not any, actually. So, here goes: 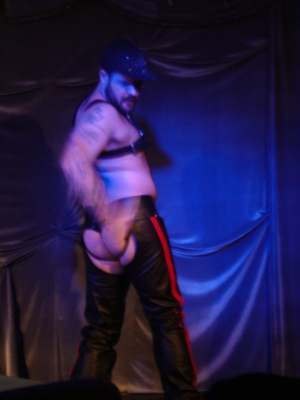 Not part of the conference, but a fabulous night out with K D Grace, Victoria Blisse, Lily Harlem, Tabitha Rayne, Lexie Bay, Kay Jaybee and myself. K D Grace organised a trip to the Volupte Lounge in the City of London. We had a delicious dinner in Belushi’s first of all, then headed off for some burlesque. And it was brilliant. I’m afraid the names of the performers escape me (though I suspect K D Grace will have them all listed in her write-up), with one exception. Dave the Bear. Yes, Dave. A man, who 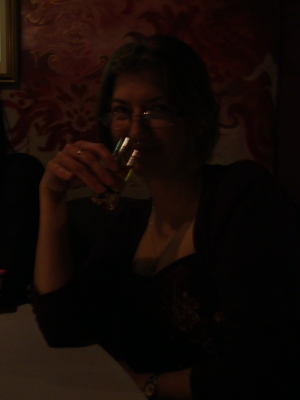 performed some boylesque. For me, he was the highlight. He was very funny, sexy and totally bonkers. Our table laughed, cheered, whistled and whooped throughout, and also very much enjoyed Stefan, a rather attractive young man who was dragged onto the stage and made into the partner of a Russian ballerina – who happened to be a man. For the sake of brevity, I’ll just say this was a night full of friendship, giggles and fun. And Kay Jaybee with her first shot – a Butterball, which was delicious.

So – conference time. A very tired bunch of smut writers made their way from their hotel to the conference, popping into Waterloo station for some food and drinks first. I attended the opening speech, Brook’s speech on sexual health and contraception (which I found fascinating, and am hoping to have one of the members on my blog at some point), then Kristina Lloyd’s creative writing workshop. I’d never met Kristina before, so like the fangirl I am, I asked her to sign one of her books for me, which she very graciously did after the workshop. During, though, there was no time for autographs – it was a packed session which produced a hilarious outcome. We had spreadsheets with differently coloured blocks, and we had to write various things in the boxes. For example:

It was early in the morning (especially for me, I’m not at all a morning person), which is my only excuse for the first answer. But it did make me giggle. Our homework is to write something containing some of the words and elements we came up with. Hopefully I’ll be able to get to that soon.

Then came refreshments, and I ended up not going to any of the sessions because I was too busy chatting with people, both people I already knew, and those I was lucky enough to meet. Next came Remittance Girl’s workshop, which was more theoretical than Kristina’s, but incredibly thought provoking, and left me with many thoughts whizzing around my head.

Afterwards came lunch, and I accidentally got chatting and ended up  missing the next session, because I didn’t want to walk in late – oops! But some fantastic conversations were had – not least one with Mario Cacciottolo, who runs the Someone Once Told Me website, which is a fabulous idea – check it out to see what it’s all about. It turned out we both went to the University at Derby (though not at the same time) and actually had one of the same lecturers – what a small world! 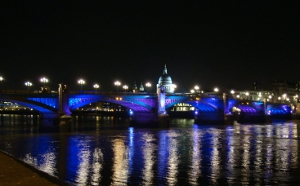 Soon, many people were flagging, including myself, so me, Victoria Blisse, Lexie Bay, Lily Harlem and Tabitha Rayne headed over to see the Sh! Girlz. Tabitha had never met them before, so it was a very exciting experience for her, and of course I’m always delighted to see the ladies, especially since Renee, Jo and Shelly were there. So it was hugs all round, some signing of books, some giggles, some purchasing, then we reluctantly went on our way – via a pub – to go and get something to eat. I led the girls from London Bridge Tube station to Gourmet Burger Kitchen on Clink Street without consulting a map, impressing them all 😀 After feeding our faces, we headed back to the hotel and nattered until almost one in the morning. Which leads me to… 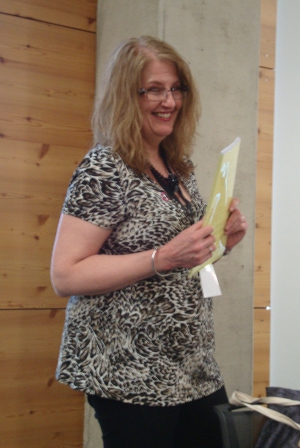 Even more tired, we headed –  bags and all, as most of us went home straight after the conference – back to the venue. Victoria and I were on the first panel, about anthologies, so we had to liven up. Thankfully we managed it (Victoria is fine with mornings, luckily, so she chivvied me along!) and had a great panel with Rachel Kramer Bussel and Maxim Jakubowski with lots of varied and fun questions, which I hope we answered successfully.

Again, lots of networking and chatting was done, and so I didn’t attend any more sessions until the afternoon, which was K D Grace’s creative writing workshop. She’s my friend, so I admit I am biased, but it was excellent, interesting and very informative. I got a little bit of my novella written, so I came away with something to work on, too.

The tiredness was absolutely worth it. Writing is such a solitary business that it’s absolutely fantastic to be able to  meet up with like minded people and chat, share ideas, and just generally have fun. I don’t regret missing some of the sessions, purely because the time I spent meeting new people and being with ones I already knew was invaluable. Sadly, I didn’t get to meet everyone I wanted to, but I checked a few off the list, which I’m very pleased about. And there’s always next year to meet the rest. I can’t wait! Well done, Ruby Kiddell – you pulled it off again, and it was even better than last year. Roll on Smut by the Sea! 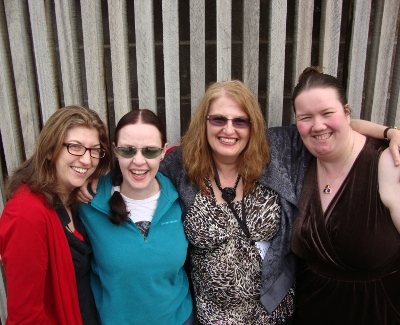 Did you know? I’ll be helping sex bloggers and erotica writers write sex right at Eroticon 2013

I’ll be speaking at Eroticon 2013, the UK’s only sex blogger and erotica writer’s conference.  The conference, on 2nd and 3rd March at London’s Southbank will bring together the best in the UK erotica and sex blogging scene to learn, discuss and network.

I’m on a panel discussing anthologies, alongside Victoria Blisse, Rachel Kramer Bussel and Maxim Jakubowski. I’m looking forward to that – and the rest of the conference of course – very much.

Ruby Kiddell, founder of Eroticon explained more about the conference:

“The success of Eroticon 2012 was amazing and so when the delegates told me they wanted a bigger event I couldn’t say no.  For 2013 there is more of everything; more creative workshops, discussion sessions, sex education and activism sessions.  Eroticon 2013 will be amazing!”

Eroticon 2012 was the first event of its kind and at least three unpublished writers walked away with publishing contracts from the event which makes Eroticon 2013’s the must attend event for aspiring and experienced erotica writers and sex bloggers.

To find out more about Eroticon 2013 or to book tickets please visit http://www.writesexright.com

Hopefully I’ll see you there! 🙂

Are You Going to The Book Show?

A message from Andrews UK….

We would like to invite you to join us at the UK’s leading conference for authors and publishers.

With panels and individual speakers who are some of the UK’s  leading authors, publishers and agents.

With a loaded all day programme, over three floors of a centrally located venue, there is sure to be a zone which will appeal to everyone.

Speakers include authors such as – Nigel Goodall, Suzy Jane-Tanner, Steve Goodwin, Chris Cowlin, and many more

Ticket price includes access to all panels, talks and zones, as well as Breakfast, Lunch and Afternoon Tea.

Centrally located in Luton, Bedfordshire, one minutes’ walk from the main railway station, two large car parks, and a few minutes from junction 10 of the M1 motorway.

Come and join us at THE conference for authors.