Tag Archives: lost in you 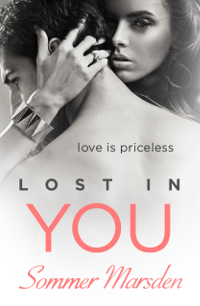 I wanted Dorian Martin to be believably rich. Not the kind of rich where I’d be like: really? Who can do that? Who can afford that? So I settled for old money. Family money. And just enough of it to have some luxury without testing the limits of my belief.

I have to admit, now that he’s available for the world to read, I think Dorian turned out quite yummy. Buying and revamping a luxury mall, having access to a small private plane, wooing a girl with his magical key that opens any store, offering up a trip to Paris…not very hard to believe for a lot of people.

And he’s not just rich. He’s handsome, funny, kind but no pushover. He’s perfectly imperfect and the kind of man it would be damn near impossible not to fall in love with. More than anything, he’s one of my favorite heroes ever. He’s a dream come true and not just because he has some moolah but because he had a very generous heart. And his body certainly isn’t hard to look at.

Trapped inside a luxury mall during a violent storm, small town girl, Clover Brite, is thrust into the arms of international playboy Dorian Martin. Lightning strikes inside the building as well as outside…

Clover is the site manager for the renovation of the Baltimore Rotunda and first meets the owner, Dorian, when the ‘storm of the century’ traps the two of them inside the luxury mall. Upscale stores surround them and all are available at the end of Dorian’s keyring, and though money doesn’t impress her much, they begin to fall for each other.

Too aware of the differences between them and struggling with angst from her childhood, Clover flees back to her small town world. Dorian follows in hot pursuit. But will Clover realise that what happened that stormy night could lead to a future?

He pulled me to him, his hand chivalrously against my lower back. He held my right hand, not stiffly and formally but close to his chest, and pressed his cheek to mine. We danced.

I shut my eyes and simply let myself be. I didn’t want to analyse this situation, I wanted to cherish it.

He hummed softly and we rocked. It wasn’t a big shiny dance number, it was subtle. It wasn’t that flashy movie moment, it was two people holding each other and moving just a bit as a storm raged outside.

‘What are you humming?’ I whispered. It felt right to whisper.

‘You don’t recognise it?’

I inhaled deeply and the scent of Dorian Martin filled my head. It was magical. It made me feel unhinged in the most wonderful way.

‘My mother used to play it endlessly when I was growing up. On an album, no less.’

That made me laugh. ‘You really are ancient, right?’

He chuckled. I felt him kiss my hair and desire, sudden and startling, hit me. I tried to remember wanting a man the way I found myself wanting this one. I couldn’t recall a single instance.

‘I know. Old as dirt.’ Then he turned me slowly and I could see the empty marquee over his shoulder. He hummed a bit more and then, softly, ‘Strangers in the Night . . .’

‘Sounds better than strangers in the rainy afternoon.’

‘Strangers in a monsoon?’ I teased.

‘When does the octosharkogator arrive?’

‘I’m not sure,’ he said. Up close his eyes were a true evergreen. He watched me intently. I’d never felt more naked. Especially while utterly clothed and upright.

‘But I know I’d better do this before it gets here.’

We didn’t stop moving. We kept rocking gently, more of a cooperative sway than a dance, as he pushed his hands into my hair and held my head. His mouth was warm and soft and tasted of sweet red wine.

When he kissed me, I felt something in me crumble. Some part that I had fought to hold tight to, calm and stiff against all worry and loneliness. I had my grandmother, sure, but that was all I had. I treasured her but it was no substitute for some kind of romantic attachment in my life. I didn’t need a knight in shining armour, but a person to share things with wouldn’t hurt. It was a fact I rarely let myself examine. A craving I rarely let myself surrender to.

I kissed him back and the hunger in that kiss scared me. It was terrifying, in that moment, how my hands roamed over him and my heart beat just for him. How the sound I made was a very simple broadcast of desire. Normally I’d have been mortified, horrified, embarrassed.

I wasn’t. I was happy right there, right then, in his arms as the weather raged on. 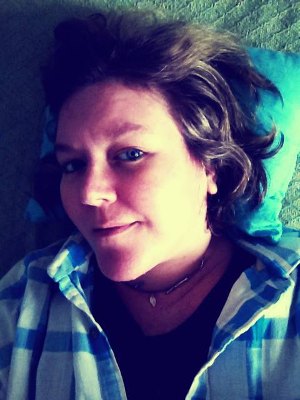