I’m delighted to announce that my M/F/M paranormal menage short story, Sated, has had a revamp! I got the rights back to this sexy little story, re-edited it, got this luscious new cover, and re-published it. What do you think? 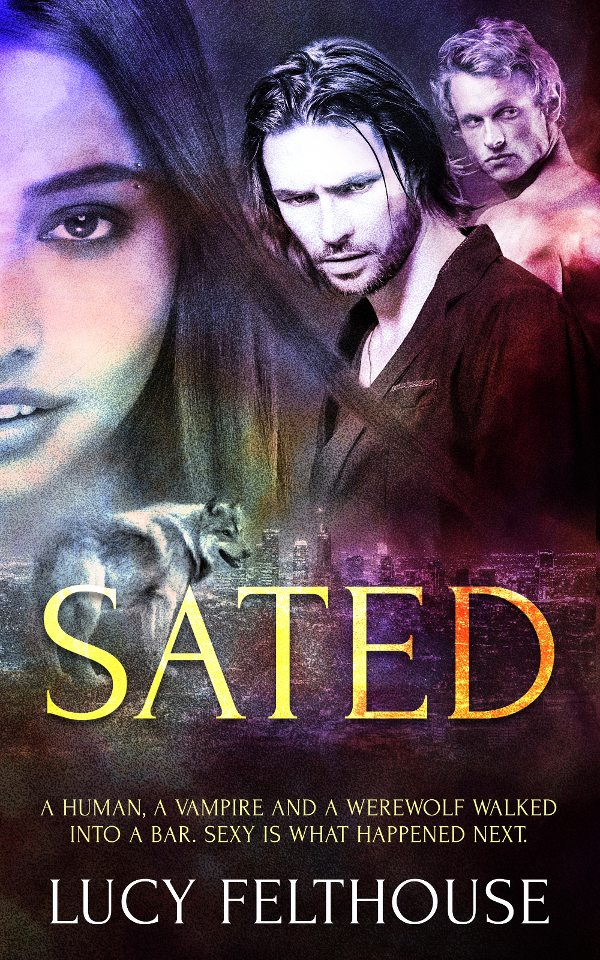 A human, a vampire and a werewolf walk into a bar. Sexy is what happens next.

Aneesa has an amazing sex life with her vampire boyfriend, Ace. He’s got skill, strength, stamina, and is incredibly adventurous. As a result, Aneesa is checking things off her sexual bucket list at a rate of knots. However, one item on that list remains out of reach… or does it?

Will Aneesa check off her ultimate sexual bucket list item, or will her lust remain unsated?

I’m still waiting for it to go live on some retailers, but you can see where it’s available at this universal link (unless you already have your favourite store set up, in which case it’ll take you straight there): http://books2read.com/sated

Weekend at Wilderhope Manor is FREE from 27th – 31st October!

Get it here: Amazon UK | Amazon US

The car trundled up the long driveway, the crunching of gravel beneath tyres the only sound as Stephanie and her girlfriend, Jenny, peered out of the windows at their surroundings.

Even at dusk the tree-lined driveway was impressive with perfectly maintained parkland, spanning for acres on either side of it. As Stephanie steered the Fiesta around a bend in the track, they both gasped. Their destination, Wilderhope Manor, had come into view and it was stunning. The Tudor style property was huge, with no less than three frontages visible from where they were. Chimneys with intricately built patterns jutted into the darkening sky, with tangles of ivy climbing parts of the manor, giving the place an appearance that was both beautiful and foreboding.

Presently, the driveway opened out into a gravelled area, which as far as Stephanie could tell, doubled as a car park for the weekend. Stephanie manoeuvred into a spot between two vehicles and killed the engine. As she turned to Jenny, she jumped, startled. Her girlfriend had leaned in close, making a scary face with her hands mimicking claws.

“Are you ready to be scared out of your wits, young lady?” Jenny rasped, wiggling her eyebrows and fingers theatrically.

Stephanie shoved her playfully, laughing. “Come on, you silly cow. It’s a murder mystery weekend, not a monster hunt. There will be no ghosts, ghouls or vampires involved.”

Stephanie got out of the car and closed the door. She’d already popped open the boot and started unloading their bags before Jenny appeared alongside her, pouting petulantly.

“But it’s Halloween tomorrow,” Jenny insisted. “Anything could happen. The veil between the living and dead will be at its thinnest, and this place is meant to be swarming with ghosts.”

“If you say so, sweetheart,” she replied, rolling her eyes. She was used to Jenny’s crazy beliefs by now. “Grab your bags and let’s get inside. It’s cold. You got the tickets?”

Jenny nodded, brandishing her handbag in response. Jenny picked up her overnight bag as Stephanie slammed the boot lid before locking the car, then followed her toward the grand entrance to Wilderhope Manor.

A little while later, they were installed in their room. They’d each been handed a “Welcome Pack” by the staff member who had attended to them at Reception, which consisted of their itinerary and instructions for the weekend.

As they unpacked, she voiced one of the thoughts that had run through her head. “Have you ever noticed how places never bat an eye at two girls sharing a room, and yet, if it’s two guys, they automatically assume they’re gay?”

“They’ll soon change their tune when they see your outfit for tonight!” Jenny replied, grinning cheekily at her. “It screams ‘lesbian’ with every stitch!”

“Whatever do you mean, you saucy wench? Someone with girl parts dressing as a distinguished gentleman does not a lesbian make.”

“True, but I wonder what it’ll do to you? Perhaps it’ll work in reverse and turn you straight!”

Get it here: Amazon UK | Amazon US 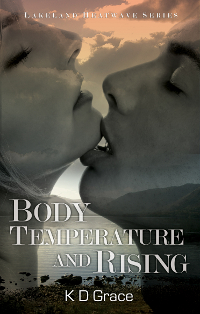 Book 1, Body Temperature and Rising is currently available for FREE on Amazon Kindle! Get yours now – offer ends 31st October.

American transplant to the Lake District, MARIE WARREN, didn’t know she could unleash demons and enflesh ghosts until a voyeuristic encounter on the fells ends in sex with the charming ghost, ANDERSON, and night visits from a demon. To help her cope with her embarrassing and dangerous new abilities, Anderson brings her to the ELEMENTALS, a coven of witches who practice rare sex magic that temporarily allows needy ghosts access to the pleasures of the flesh.

DEACON, the demon Marie has unleashed, holds an ancient grudge against TARA STONE, coven high priestess, and will stop at nothing to destroy all she holds dear. Marie and her landlord, the reluctant young farmer, TIM MERIWETHER, are at the top of his list. Marie and Tim must learn to wield coven magic and the numinous power of their lust to stop Deacon’s bloody rampage before the coven is torn apart and more innocent people die. 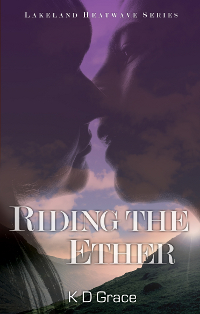 Cassandra Larkin keeps her ravenous and dangerous sexual appetite secret until she seduces Anderson in the mysterious void of the Ether.  Anderson is the sexy, insatiable ghost who can give her exactly what she needs.

But sex is dangerous in a place like the Ether…

When the treacherous demon, Deacon, discovers the truth about the origin of Cassandra’s powerful lust, he plots to use her sex magic for revenge on Tara Stone and the Elemental Coven, who practice their own brand of sex magic.

Cassandra must embrace the lust and sexuality she fears and learn to use its power. Will she stand with Anderson, Tara, and the Elemental Coven against Deacon’s wrath or suffer the loss of friendship, magic and love?

K D Grace believes Freud was right. In the end, it really IS all about sex, well sex and love. And nobody’s happier about that than she, cuz otherwise, what would she write about?

When she’s not writing, K D is veg gardening or walking. She walks her stories, and she’s serious about it. She and her husband recently walked the Coast to Coast route across England. For her, inspiration is directly proportionate to how quickly she wears out a pair of walking boots.