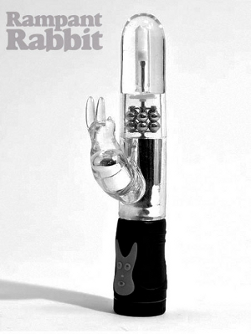 Just in time for Easter, those lovely peeps over at Ann Summers sent me a rabbit! Naturally, it’s the rampant kind, as opposed to the sort you’d keep in a cage.

The Rampant Rabbit Platinum Petite has been a long time coming (if you’ll pardon the pun), if you ask me. For a while now new rabbits have been released which have been bigger and better than the last. But what about the girls that wanted smaller ones? Well, Ann Summers have definitely come through with their new petite range.

This particular model is an inch shorter and a quarter of an inch smaller in girth than the Rampant Rabbit Touch. But although it’s smaller, it certainly still packs a punch! With 11 vibrating functions and a 3 speed rotating shaft, there’s still plenty to keep you happy. It takes 3 AAA batteries and is also waterproof – bonus! 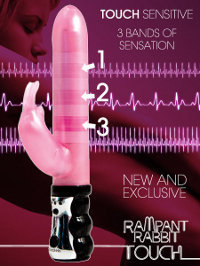 The peeps over at Ann Summers sent me another one of their new toys to play with – The Rampant Rabbit Touch. It’s exclusive to Ann Summers, too, so you won’t find it elsewhere.

As you can see from the photo to the left, the way it works is that it’s got three bands running down the shaft. That means when it’s “in”, the bands sense it and the vibrations grow more intense. Sounds great, right?

Hmm… well, it’s OK. Firstly, the shaft is quite large, so you’re going to need to get the lube out, ladies. Great for size queens. The vibrations, as promised, are incredibly intense, but I think it’s at the detriment of the vibrations in the bunny ears. This, naturally, is a problem if you’re looking for a clitoral orgasm. There’s so much going on in the shaft that there’s not much left for the ears! You can’t turn the shaft off and just have the ears alone, either.

Overall, it’s of the usual high quality Ann Summers standard, but the reality (unless you come very easily) is that there’s been too much concentration on the shaft and none on the clitoral stimulator. It wouldn’t be so bad if you could turn the shaft off, but it’s not an option. Plus, the noise resembles that of an airplane. Sadly, disappointing.

Check it out here. 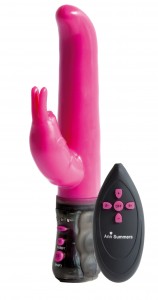 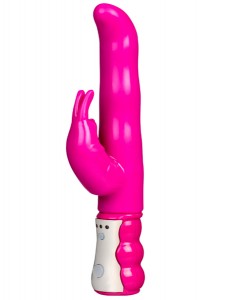 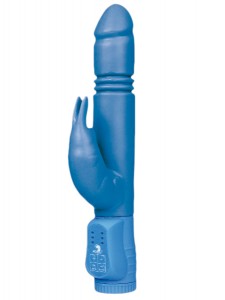 Rabbits have come a long way… with each new release there’s a orgasm-inducing new feature, and this one is no exception.

The first toy to feature thrusting technology so powerful it ‘feels like the real thing’, the Rampant Rabbit Thruster Deluxe boasts 3 unique thrusting modes and a clitoral stimulator with 3 intense vibration settings. All this combined with a 6 inch length and 5 inch girth, this bad boy earns every penny of its £49 price tag.

Grab yours now from AnnSummers.com

See it in action: