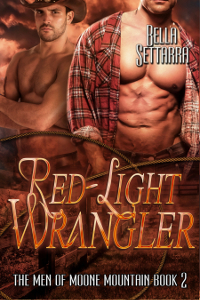 ‘The Men of Moone Mountain’ Book 2

Can a bad reputation hide a good heart?

After realizing everyone he has been with only wanted him for his money, Rich Buchanan, the billionaire’s son, gives up the dream of a serious relationship and gets his kicks sleeping around. He prefers men, but he only brings home women, since his father would be horrified to find out Rich was gay. But secrets are hard to keep among the rich, and his antics soon earn him the nickname “The Red-Light Wrangler” when people discover that money exchanges hands whenever he sleeps with a guy.

When Nate Walker starts work as Assistant Foreman at the Buchanan Ranch, his good looks and gorgeous body immediately pique Rich’s interest. And despite the gossip, Nate can’t help falling for him, either. But when Rich’s cousin Joey decides to blackmail Rich to pay off his debts, he soon realizes he could get much more out of the situation. Outing his gay cousin and causing a rift between Rich and his father could be just the thing to secure his own position as Frank Buchanan’s sole heir.

Rich has no one to turn to but his lover. But Nate has secrets of his own, and his reasons for being at the ranch are not entirely honorable…

Suddenly Rich grabbed hold of Wyatt’s muscular arms and pulled him down onto the bed. He got up and stood over him, yanking the blond guy’s long, hairy legs over his shoulders. He heard a loud gasp as he hauled him down the bed to get a better position.

Wyatt grabbed a condom from the nightstand and passed it up to Rich. He snatched it out of his hand and grinned when he opened it. Ribbed. He rolled the rubber onto his pulsating dick and yanked the guy’s hairy ass open. He heard a yelp, but paid him no heed. He watched Wyatt screw his eyes shut and barked at him. “Look at me!”

Wyatt’s eyes shot open and he stared up at him. Rich had a sense of satisfaction at his control. He lined his cock up to the gaping asshole and stared into Wyatt’s eyes as he thrust past the tight rim.

“Aah!” Wyatt’s panicked eyes seemed to glaze over and his jaw tensed.

Rich massaged the guy’s ass with one hand, while stroking his cock with the other until Wyatt’s face relaxed. Then he pumped hard into him, eliciting another loud yell. The cowboy’s shouts soon became excited as the pain must have morphed to pleasure and he began grunting with each thrust. Rich grinned as he pounded hard into the guy’s ass. He needed this. He closed his eyes and Nate Walker’s face flashed into his mind. He felt himself grinning as he thrust harder and harder, visualizing Nate lying naked before him, Nate groaning in ecstasy.

When Rich opened his eyes they were watery and glazed. All he could see was a mass of blond hair on the bed and, with his mind still on Nate Walker, he moaned loudly. He felt the body beneath him thrusting back toward him and heard fevered yelps and groans. The fire in his belly was roaring now and he felt like his whole body was a raging furnace. He hammered hard into the ass under him, yanking on the dick in his hand. With a loud grunt the body he was fucking convulsed and he felt cum like boiling lava trailing down his hand. His own orgasm wracked him and he pounded hard into the guy’s ass, over and over. Lights flashed in front of his eyes and he heard himself roar as relief swept through him. He just kept thrusting until he was finally satisfied. His breathing was rampant as he slunk onto the bed next to his partner, and he felt the cool air wash over his sweating body.

Both men lay in silence, heaving at the air, eyes closed for several minutes. Rich’s eyes opened slowly and he stared at the face next to his. For a split second he had actually expected to see Nate Walker lying there, but realized in horror that it wasn’t. While Wyatt’s eyes were still closed, Rich shot to his feet and grabbed his clothes before heading off to find the bathroom down the hall. He disposed of the condom and splashed cold water over his face and torso. His breathing was still rapid and he took a glass of water to try to recover himself. Pulling his clothes back onto his still-sweaty body felt horrid, and he left his shirt unbuttoned, hoping that the cold night air would cool him off a bit.

His head automatically faced the bedroom when he retreated from the bathroom, but he thought better of it. Like a thief in the night he made for the front door and slipped out. The cold night air bit him hard, and he shivered as he climbed into his car. Opening the windows wide he relished the freezing cold of the wind as it swept through his hair and over his flushed body. He needed the cold. He needed the space. 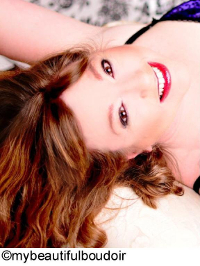 In Bella’s world all the heroes are gorgeous hunks and the heroines are always beautiful. Having said that, she firmly believes that ‘handsome is as handsome does’ and that ‘beauty is in the eye of the beholder’. (She is also a big fan of clichés as well as alliteration!)

She loves writing Cowboy Romances and was thrilled when the first book in her The Men of Moone Mountain series, (Etopia Press), entitled Ménage on Moone Mountain, received a nomination for the Ménage Romances Fan’s Award 2015 and became an ARe Bestseller, and the third book in this series, Ménage on Ryder Ranch was also nominated for the Erotic Ménages Romances 2016 . The fourth book in this series, Ménage at the Mode Boutique is now also available in digital format. She is currently writing another Cowboy series, Midnight in Montana (Siren Publishing), the first of which, Dallas at Midnight, is already available, with the second, Meet Me at Midnight due for release in June 2016.

Her writing career began, however, in the fantasy/myth genre, with her first series Sirens and Sailors (Siren Publishing). Although this was a series of six novels, it actually started out as a short story! This was a delight to write and was proof positive that her High School Classical Studies lessons weren’t wasted.

She has also had a couple of short stories published in Men for Hire and Men for Hire 2 (Luminosity Publishing) and even had some rather raunchy poems included in Coming Together in Verse.

Not everyone is perfect – but it’s the character flaws which make them interesting, she believes. As in life, things don’t always run smoothly, but it’s the twists and turns which provide the drive to keep going, even when it just feels like an uphill struggle. Bella is currently fighting her own battle against breast cancer – a battle which she is determined to win – and believes that all women have the right to feel sexy even when they are battle-scarred.

She hopes you enjoy your foray into her world and would love to connect with you at:       http://bellasettarrabooks.blogspot.co.uk