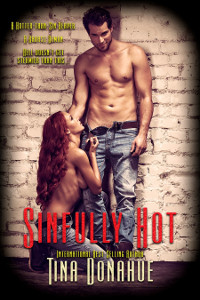 A hotter-than-sin reaper. A badass demon. Hell doesn’t get steamier than this.

Zekiel owns the newest nightclub in the French Quarter. The decadent atmosphere draws the corrupt, their blackened souls just what he likes to reap.

Jewel is not amused. Not only has Zekiel cut in on her territory, Satan’s gotten hardcore, upping her quota. All hell’s going to break loose if mortals don’t start selling their souls to her.

After the first promising look and lingering touch, they’re goners…even though they’re supposed to be competitors.

This book was previously published in a box set.

She stilled then stroked his arm. “I’m not leaving. You can’t make me.”

“How right you are. You’re staying all night. That’s what I won, an evening with you. My games. My rules. You forbid me nothing and don’t hold anything back.”

Zekiel’s demand flooded Jewel with outrageous warmth. She got lightheaded and weak.

He trailed kisses from her ear to her temple, his lips velvety, his breath gliding across her skin.

Her lids slipped down. Bad move. She had to stop this before he went too far. Screwing around with him when he’d been a possible conquest was one thing. Losing herself to lust that wouldn’t go anywhere was another matter entirely.

He turned her until they faced each other.

She sagged into him, her boobs crushed against his massive chest, her slit snug to his rod and balls. Heaven. And a waste of precious time when she should corrupt mortal souls. She parted her lips to protest.

He slanted his mouth over hers and did far more than claim. He possessed, spearing his tongue inside, entering her deeply.

Coherent thought vanished, the moment too delectable to resist. She wreathed his shoulders and buried her hands in his glorious hair.

They staggered to the right and left, trying to get closer, touching as much of each other as they could. He squeezed her breast and thumbed her nipple. Delight thrummed through her. Giddy, she enjoyed the delightful package between his legs.

Someone bumped into them.

She suckled his tongue.

He groaned like an oversexed teen then dove in for more passion. All man, he took what was his, cupping her ass, pulling her closer, her belly tight to his. Not even a breath could get between his sex and hers. The way it should be with lovers.

Internal alarms rang. Dismissing them, she pushed his tongue from her mouth and filled him instead, sweeping his inner cheeks and teeth.

An uncivilized noise poured from him, deeper than any sound the music could make.

Reckless and wanting, she ground her hips into his, needing to crawl inside his body and become a part of his core, making him her new home, a shelter against every crappy thing in her life.

Right. He was a reaper, her main competition.

Good luck getting over that hurdle. Once they fucked, she’d be an afterthought to him, and a nuisance he wouldn’t let inside his damn club.

Outrage and sorrow coursed through her. She tore her mouth free and gasped. Perfume, perspiration, and booze scents filled the heavy air. Beneath those fragrances were odors from too many vile souls.

Zekiel stood in the way of her getting even one.

His breathing was rough, hair wonderfully mussed. She’d pulled his tee from his jeans and unzipped his fly. No way did she regret that.

An eternity wouldn’t have satisfied her. Better not to dream. She locked her knees and forced herself to stay put. “No.”

Surprise then confusion raced across his face. “Why not? What happened between a few seconds ago and now?” He pointed at her. “Don’t you dare say you didn’t enjoy our kiss. You’ll never convince me of that.”

The crowd hooted and whistled at the newest song. A skinny young man spun in place, lost his balance, and rammed into Zekiel.

He waved his hand again. An invisible force pushed the kid away. Not once did Zekiel’s attention stray from her.

Damn, he knew how to make a woman feel important. She should lie about that and everything else but couldn’t. “Okay, so I did enjoy it—you—what we did. Satisfied? If you’ll excuse me, I’ve got work to do.”

“Not here.” He cuffed her wrist and reeled her in.

“Aw, come on. I’m desperate. If I don’t make my quota tonight, you have no idea the bad shit that can happen.”

He pressed her hand to his chest, nothing but hard slabs of muscle. “Tell me what you’re afraid of.”

“Why? You want to gloat worse than you already are?”

“I thought I was being nice.” He eased her hair behind her ear.

She slumped against him, hating herself for being weak and wanting him so badly. Oddly enough, he did seem to be a good guy with a wicked streak she honestly liked. “Let me do my thing and then we can talk.”

“That’s not the way competitions work. You haven’t given me my prize yet.”

“You don’t remember my tongue halfway down your throat?”

He laughed. “I’ll never forget it. But it was far too little.” With his arm around her waist, he led her to the left.

She held back. “We’re not staying here?”

“Too tame for what I have in mind.”

A pulse beat deep within her channel, already slick from arousal, primed for his rigid cock. “Are you sure?”

“Yep. Too noisy, too.” He settled his hand on her tummy and skimmed her waistband. “First, we go to a place where you tell me what Satan has in store for you. Then we play.”

Pain and pleasure. Sounded like a plan. And a recipe for disaster. “I shouldn’t. I can’t.” 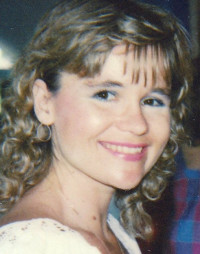 Tina’s an Amazon and international bestselling novelist who writes passionate romance for every taste – ‘heat with heart’ – for traditional publishers and indie. Booklist, Publisher’s Weekly, Romantic Times and numerous online sites have praised her work. She’s won Readers’ Choice Awards, was named a finalist in the EPIC competition, received a Book of the Year award, The Golden Nib Award, awards of merit in the RWA Holt Medallion competitions, and second place in the NEC RWA contests. She’s featured in the Novel & Short Story Writer’s Market. Before penning romances, she worked at a major Hollywood production company in Story Direction.

On a less serious note: she’s an admitted and unrepentant chocoholic, brakes for Mexican restaurants, and has been known to moan like Meg Ryan in When Harry Met Sally while wolfing down tostadas. She’s flown a single-engine airplane (freaking scary), rewired an old house using an ‘electricity for dummies’ book, and is horribly shy despite the hot romances she writes.