Scream! For the Cure 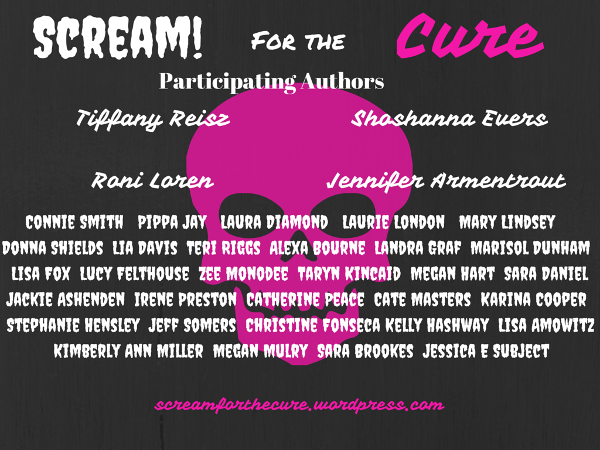 Beginning October 5th readers will have an opportunity to bid for baskets. The categories are Erotic Romance, Urban Fantasy, YA & Adult paranormal romance, and Horror/Suspense. We’ll be showcasing the baskets the week they go up for auction—detailing what’s in each basket and the contributing authors—with the auctions taking place on that Friday. In-between, we’ll also have guest posts on the blog from different authors and bloggers talking about their personal struggles with cancer, some who’ve battled the disease themselves, and some who have witnessed the ongoing struggle through someone else. It’ll also be a forum for people to talk about their experiences and maybe share some uplifting stories as well. Check out the official Scream ! For the Cure blog for more details!

Stand Up 2 Cancer is one of leaders in supporting cancer research, and 100% of donations goes directly to research to end this horrible disease. 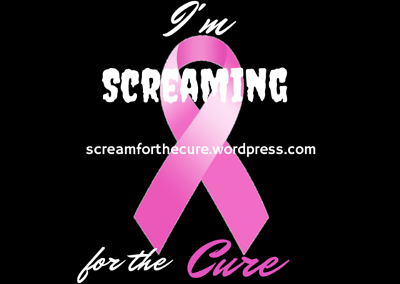 1. Tell us about yourself. Both your writing self and your non-writing self. What are your interests and hobbies? Do you have a day job, etc?

My non-writing self is a reformed cannibal who now chews whale blubber to keep the carnivorous cravings away. I speak 300 languages and have 49 pets, none of which are cats. Or dogs. Hounds, maybe. The U. S. State Department sends me here and there on matters I cannot divulge to you. Suffice it to say that I am on a first-name basis with Daniel Craig and Pierce Brosnan. The Brits have bestowed upon me honorary double-O numbers. I have a license to, um, drive an automobile. I like my martinis…well, actually I don’t really like martinis at all. But I do like olives.

You want to know about my writing self now? Hmm. See the preceding paragraph.

2. Give us the background on your latest release.

HEAT WAVE is part of the hot and simmering Sleepy Hollow series of 1Night Stand stories for Decadent Publishing. It’s what happens when a hot-as-sin hunk of a male demon goes into heat and is attracted against his will to the absolutely wrong female.

3. How did you get started with writing? And what was your route to publication like?

Well, before I was drafted by various federal agencies known better by their initials, I was a newspaper writer. So…yeah, like everyone always says in interviews…I’ve always done it. My first published work, when I was six or seven or so, was The Weatherman’s Revenge, featuring the Itsy-Bitsy Spider. So weather has always been a factor, as can be seen by a check of my very sexy titles: LIGHTNING, THUNDER, FROST, BLIZZARD, HEAT WAVE.

4. What are you currently working on?

5. Do you have a particular Muse for your writing? Do any of your characters bear startling resemblances to sexy celebrities or people you admire?

No. No. A thousand times no.

6. Where do you see yourself in five years? Both writing-wise and non-writing-wise?

Comfortably esconced in a villa in Tuscany.

9. Boxers or briefs?
Boxers. More room. If you get my drift…

10. Moustache or beard?
On the hero or the heroine?

11. Long hair or shaven head?
Hair. Definitely. Unless we’re talking a three-month-old with a binky.

12. Tattoos or piercings?
Not so much. Thanks, anyway.

13. Intelligent or funny?
Both.

15. Hottest celebrity (tell us why, if you like)?
Joe Manganiello, the guy who plays hunky werewolf Alcide on True Blood. The man sells ice cream!

16. Top same-sex crush (or opposite sex if you already like same-sex!)
Helena Bonham Carter. Have no idea why. Maybe it’s the Johnny Depp factor.

17. Most disliked celebrity (tell us why, if you like)
Justin Bieber. Seriously? That needs to be explained?

18. Favourite food
Yes. All of them. (Well, not liver. Or sweetbreads.)

19. Favourite book (tell us why, if you like)
Currently, it’s the J.R. Ward Black Dagger Brotherhood series. I love what she does with words.

20. Favourite place in the world (tell us why, if you like)
A beach. Anywhere.

21. Anything else you’d like to add?
Hi, peeps! Thanks for reading this far! 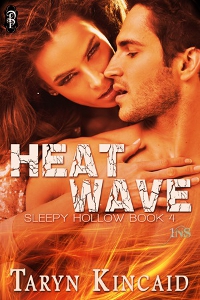 BLURB:
Sent into the human realm to retrieve prodigal princess, Zena Night, Bhyrne Raines is shocked and unprepared for his carnal reaction to the sexy succubus. In service to the succubus queen, the rugged enforcer must stifle the instant passion exploding within him. Fulfilling his royal duty doesn’t allow for quickie dalliances. His biological clock is ticking, and he begins to enter breedspawn, an intense and unstoppable frenzy of mating all fire-demon males must endure. But the more he wants to avoid Zena, the more he’s drawn to her.

Reluctant to give up her carefree life of partying among the mortals when the hot-as-sin Bhyrne comes to fetch her for the queen, Zena uses her succubus wiles to entice him, or at least delay the inevitable trip to the royal court. Once in the demon stronghold, hidden deep within the Catskill mountains, she learns the reason for the summons: she must choose a consort within two days.
Zena needs a mate. Bhyrne needs to mate. With time running out for both of them, they each turn to 1Night Stand. With time running out, can Madame Eve come to the rescue?

EXCERPT:
Holy freeze gun, Batman. The words died before she managed to expose them to air. Her mouth snapped shut.

One of the Queen’s guards stood before her, huge and tall, nearly twice the size of most of the other males in the joint, a hella hunka supernatural male. Clearly not human, although Hugo Boss’d to his Adam’s apple in an apparent bid to fit in among the humans trolling for hot sex, illicit drugs, watered-down booze and loud music. Beneath the fabric of the unstructured designer suit, the toned muscles of a demonic warrior rolled like tidal waves. Even without the small lapel pin the uninformed might mistake for the The Rolling Stones’ logo, she’d recognize him for a captain of the guard. Maybe the Queen’s own Captain.

But, by the goddess, whattahottie! Despite her certainty that his presence in the club corridor boded ill for her, the force of her sudden hunger shook her.

A desperate bolt out of the blue.

Instant connection to him on the paranormal plane, as if he’d wrapped her aura in gold chains and tugged her to him. But did that fast lane to heaven run one way or two?

A grim expression straightened the lines of what otherwise might have been a generous, sensuous mouth. A military buzz cut had weed-whacked hair the color of iron. And it didn’t stop there. Without doubt, metal fortified every single cell in the massive male’s body, pure titanium flowing in his veins. The stern planes and angles of a hard-edged, swoon-worthy face set grimly as cement. Though he lounged in the hallway like any Archie or Jughead waiting in line to discharge his rented beer in a urinal, he exuded authority, his carriage and bearing such that he made the others look like a pack of Twizzlers. Oh. Yeah. More than a mere guardsman, she guessed. An enforcer.

Taryn is an Olympic caliber athlete egg roller and spends a great deal of her time petitioning the U.S.O.C. to introduce a fantail shrimp competition. When she’s not bungee jumping off the Palisades or parasailing up and down the Hudson River, she devotes her time to caring for her aging pet walrus, arranging her voodoo doll-pin collection and practicing rhythmic chants. At this moment, she is busy sweeping up the loose masala chai tea leaves she spilled all over the kitchen floor. (Probably because she needs COFFEE.) Wait. Is that something…sparkly?

Taryn hangs around a lot on Facebook and Twitter with her trillions of fans and pops in at Goodreads from time to time. You can catch her on her website, http://tarynkincaid.com, and her blog, http://dreamvoyagers.blogspot.com where she lives for comments!