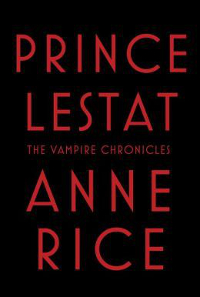 The Queen of the Undead is back, with her first Vampire Chronicle in over a decade – marking the return of one of the most popular vampires of all time: Lestat de Lioncourt 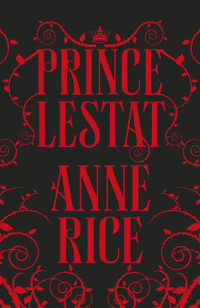 Prince Lestat by Anne Rice is published on the 30th of October and the publisher Chatto and Windus are offering one lucky winner a signed copy of Prince Lestat.

Anne Rice is among the best-selling authors in the world and the master of modern gothic. Her novel Interview with the Vampire was published to huge success in 1976, transforming the vampire genre and becoming the first of the dangerously enticing Vampire Chronicles series.

In Prince Lestat the vampire world is in crisis – their kind has been proliferating out of control and, thanks to technologies undreamed of in previous centuries, they can communicate as never before. Roused from their earth-bound slumber, ancient ones are in thrall to the Voice: which commands that they burn fledgling vampires in cities from Paris to Mumbai, Hong Kong to Kyoto and San Francisco. Immolations, huge massacres, have commenced all over the world. Who – or what – is the Voice? What does it desire, and why?

Anne Rice’s epic, luxuriant, fiercely ambitious new novel brings together all the worlds and beings of the legendary Vampire Chronicles, from present-day New York and Ancient Egypt to fourth-century Carthage and Renaissance Venice; from Louis de Pointe du Lac; Armand the eternally young; Mekare and Maharet; to Pandora and Flavius; David Talbot, vampire and ultimate fixer from the Secret Talamasca; and Marius, the true child of the Millennia. It also introduces many other seductive supernatural creatures, and heralds significant new blood.

To enter the competition to win a signed copy simply use the Rafflecopter below. 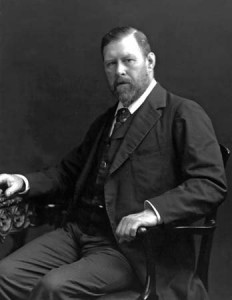