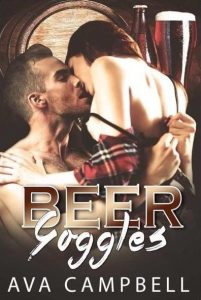 Connor Callahan did his best work when it came to beer and babes. As long as live was full of laughs, he was good. It wasn’t until some hot shot journalist started asking questions that his past that he’d tried so hard to forget came back to haunt him.

Allison Drake, top notch reporter was bumped down to do a fun and leisure piece about a bar and new up and coming brew master. She was going to do everything in her power to hurry things along and go back to the big city where she belonged.

However, a car accident, and a few beers later, things change between them. Things aren’t always as black and white as they were before. Can the two of them face the truth about themselves, and be open to the future, or will they both live life with their beer goggles on?

Allison had one job to do, and it seemed she had gotten everything she needed for the story, and then some.  Taking the drink Conner gave her, she sipped it, enjoying the taste and the coolness calming her throat after talking so long.  It seemed that he and the bar had a very large following.  It was an easy piece to write, in fact, she could have it done by tonight and sent off.  That was if she wanted to leave right away.  Something called to her in this little town, far away from the hustle and bustle of the city she had grown up in.  Connor wasn’t a bad way to spend the night either.  It had been a while since she had been with anyone, even though she was with Doyle not that long ago.  The sexual draw just wasn’t there, but Connor, now she could almost see herself getting tangled up in the sheets with him and not coming up for air for a long time.  Too bad he was just a playboy type and not one to stay long term.  Maybe that was just what she needed.  Some way to let off all the stress and drama that came with her job.

Her phone buzzed indicating she had a text. Pulling it out, she felt her once happy mood crumble as the message was from Doyle asking when she was coming back and to have drinks when she returned, again.  Damn it, couldn’t she just get a break for at least a weekend?

“Boyfriend bugging you about being away from home?”  He asked, bumping her shoulder playfully as he sat next to her on an empty bar stool.

“No, I mean, shit I don’t know. He’s not my boyfriend, well he was, I guess it’s complicated.  Anyway, so yea.” She let her statement float away while taking a large drink of her beer, begging the liquor to do its job and dull her senses, even for a night.

“Well, if it means anything, he’s an idiot. And you should totally send him a barfing emoji.”  Turning to look at him, she laughed.  What was he?  She hadn’t used emojis in forever, not that she really had anyone to send them to.”  He swiped her phone out of her hand, calling a number, his and then hung up.  Watching what he was doing, she waited while he fiddled with his screen.  Her phone buzzed, and a silly face popped up next to a beer.  Oh my god, that was too funny.

“See they can be funny and totally fit the situation.  Now you send me one.  I promise I won’t judge.”  Wanting to play his little game, she hit the icon on her phone and scrolled looking at different ones before finding two people high fiving each other.  This went back and forth for a while until something bothered her.

“Hey, why do they have the eggplant?  Who would send that?”

“You’re so cute and innocent.  Normally it is about someone’s cock.”  She spat her beer and totally understood it now. That was too funny.

“So, do we start referring to someone’s junk as an eggplant.  Is that what you call yours?”  feeling braver as time went on, she felt more comfortable with asking odd questions she normally wouldn’t.

“Nah.  I call mine the truth.”  His eyes twinkled as he smirked.

Huh, okay, she would bite this time.  “The truth?”

“Oh yeah, because the truth hurts.”  At that, she busted up laughing.  Holy shit this man was funny.  “Oh, come on, now you can’t ever think of something with truth in it without thinking about my large cock.”  She was not going to anymore.  Yet he continued to go on with various movie references and titles.  “I want the truth. You can’t handle the truth.”  “The truth shall set you free.”  Oh god. She was laughing so hard at this point, she had to pee.  Excusing herself, she went to freshen up.  Quickly as she could, she went back to the bar, only to see her seat was taken by a beautiful raven-haired woman, with a perfect body and leaning on Connor.  He was smiling brightly at her, calling for a drink from Jett.  She hadn’t been gone that long.  Guess he was just like she thought, a playboy.  All about the beer and some babes.  Only she was a pawn floating around trying to be something she wasn’t, writing a story about his place.  Fine.  She didn’t need to stay where she wasn’t really wanted.  Taking some money out of her wallet, she put it on the end of the bar, away from Connor, nodding to Jett and walked out the door, avoiding getting seen.

She was going to finish the story, drive home, and go back to where things were normal.  Where she was normal.  Boring for sure, but normal, whatever that meant anymore. 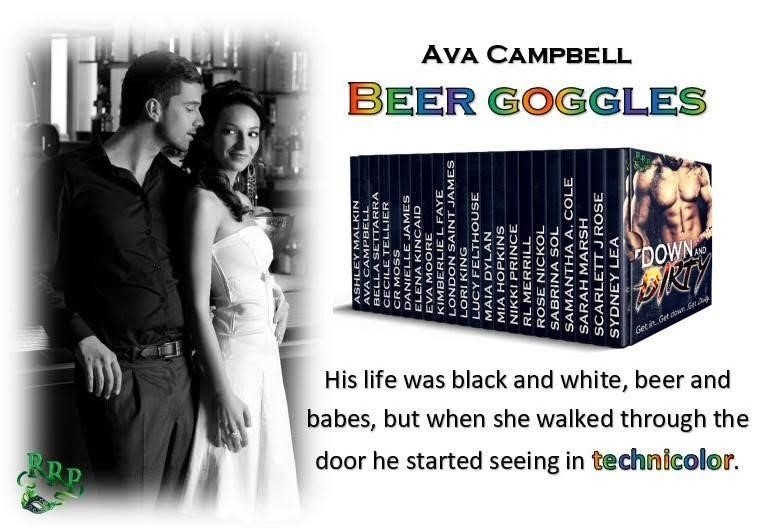 Ava Campbell is a writer, reader and romance lover.

For Ava, her men can be bikers, hitman, lawmen, or brewmasters…it doesn’t matter as long as he’s a bad boy with a heart of gold. So join her as she take you on the ride of your life where she proves a kiss is worth a thousand words!