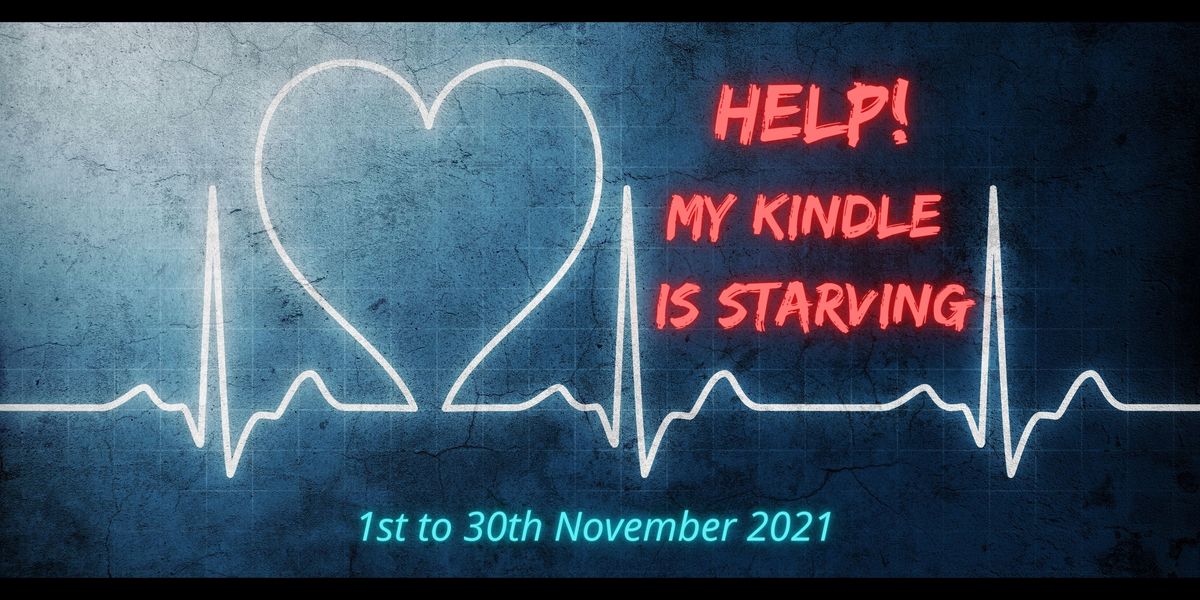 Is your Kindle starving? Then feed it with this huge bunch of amazing FREE romance reads! 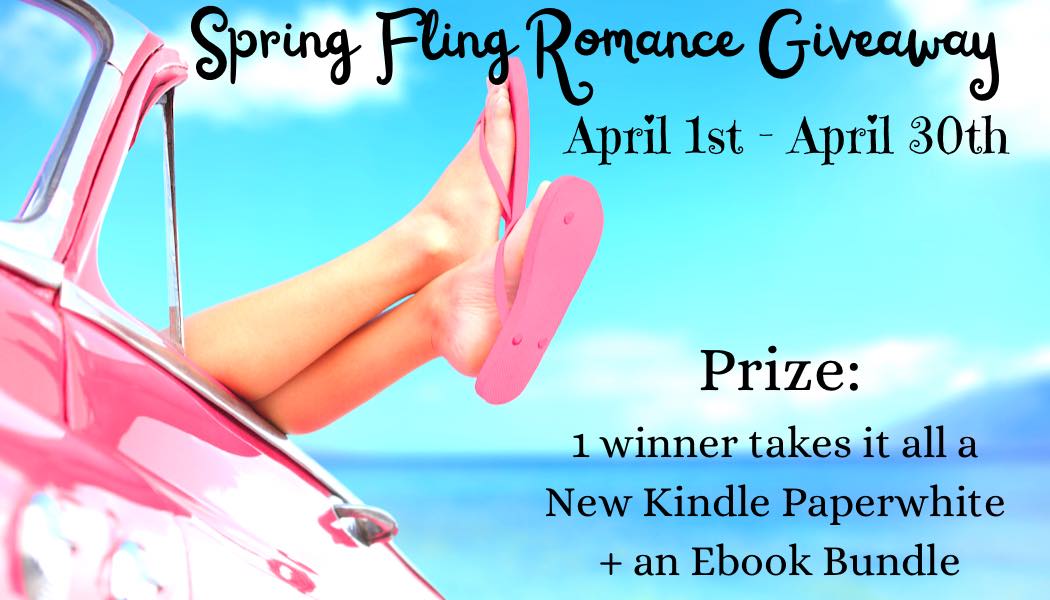 Do you like prizes? I refuse to believe the answer is no to this.

What about a prize that enables you to read more books? I bet that got your attention.

If you want to be entered into the draw to win a Kindle Paperwhite AND a bunch of books to go onto said kindle, you’re in the right place.

It’s super simple. All you need to do is click on the below link and follow the directions and follow all the amazing romance authors and you’ll gain entries into the draw! The more people you follow, the higher your chance of winning.

Searching for your next favorite Kindle Unlimited Romance eBook?

Look no further! These bestselling authors have teamed up to offer a delightful selection of new books. Available for free on Kindle Unlimited for a limited time. 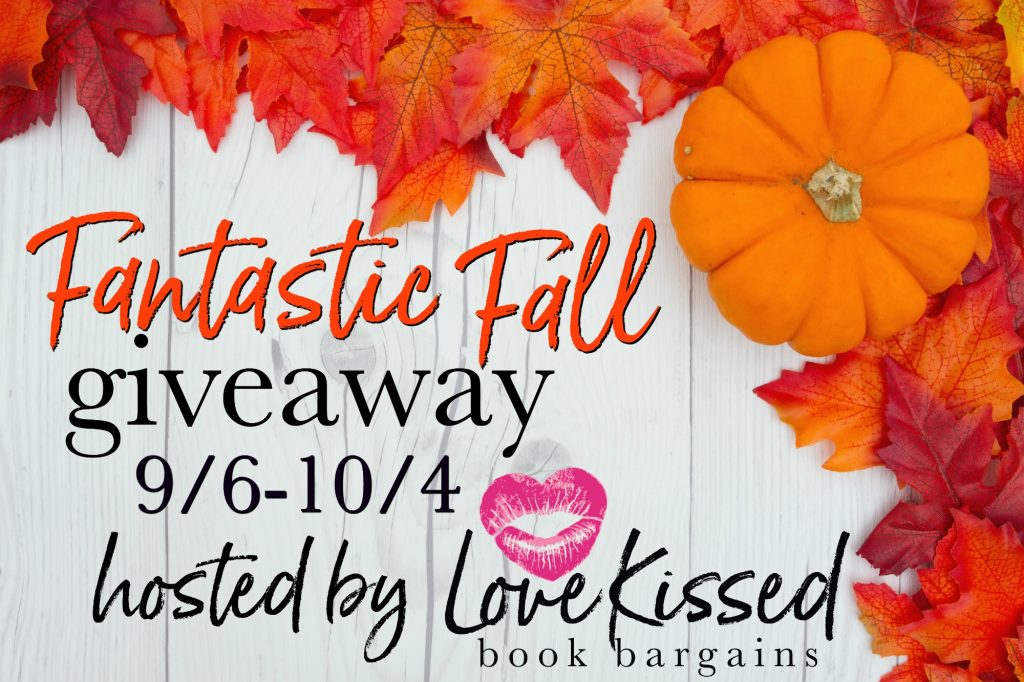 How much do we love you?

Enter to win a Kindle full of over 80 romance books!

One simple entry will subscribe you to over 80 Romance Author Newsletters. PLUS…use the bonus entries to increase your chances.

Unsubscribe any time, but please don’t label us as spam. Better still, stick around and get to know us. 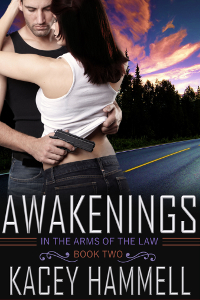 Author’s Note: Awakenings was previously released with another publisher. It has received minor revisions for reissue.

It’s all found within The Arms of the Law…

Detective Alicia Knowles once believed good existed in everyone. But a traumatic experience changed her entire world. Now dangerous and cynical, she moves through the darkness of her once sunny world, unsure how to handle her pent up feelings of fear and anger.

Even her new boss, Cole Douglass, spins her out of control. One night, years ago, he made her feel things she’d never felt with any other man. Business comes first, however, a child is missing and a murderer is on the run.

But old flames never die out as Alicia quickly discovers when temperatures and passion flare. On the trail of a killer, she is forced to deal with her past as she tries to make decisions about her future.

for Kobo & Nook links as they become available.

“I’m sorry about Hannah. If we’d just made it to the Fuller’s faster, maybe….”

Cole’s hand clasped hers on the table and stopped her mid-sentence. Bolts of lightning shot up her arm and a ringing began in her head. She hadn’t felt like this, or allowed herself to since he came to town, since she’d thrown caution to the wind and just lived during her time with him years ago.

That night, his hands were rough yet gentle as they swept over her body from head to toe. No inch had been left unexplored. His attentions made her feel like she was the only woman in the world. For the first time in her life, it had been as if she were whole. But that was long ago. She wasn’t about to repeat the mistake.

There was no happily-ever-after for her. Least of all one with Cole.

“You and Ethan did what you could. Don’t blame yourself for what happened to Hannah. She wouldn’t want you to.”

Hearing her own words thrown back at her, she pulled her hand from his, stood, and moved to the sink to gaze out the window into the darkened backyard. Rows of outdoor lights lit a path leading from the back door into the garden, illuminating small areas. Under an apple tree, a porch swing rocked back and forth from the cool breeze. She was transfixed by the lush garden and rows of tulips, their blossoms like colorful heads bowed in sleep.

Again, Alicia was shocked by the domesticity of this man. She’d thought she knew him to a certain extent, but his home showed who he was, inside and out. He wanted a happily-ever-after. He’d already made a home. The only thing missing was a wife, and the kids.

She closed her eyes and gripped the edge of the counter. Longing and gut- wrenching pain swept through her. What she wouldn’t give to turn the clock back two years and have the chance to start over with this multi-faceted man.

If only she’d never left him the next morning…. Had never decided not to leave her number…. Things might be different. For them both.

She’d been a woman who wanted everything he had to offer—home, garden, passion, and family. Within Cole’s arms, she’d found an endless supply of heated moments every day. But he’d scared her with how much he made her feel. And how quickly the desire to be with him forever had risen within her.

And now, she was tainted. Life had intervened and shown her exactly how evil it could be. She couldn’t risk the dangers that came with her job, of not knowing if one day it would all end.

At the touch of his hands on her shoulders, Alicia opened her eyes to see their reflection in the glass. She committed the image to memory. She’d hold onto it for the rest of her life and remember it in the years to come, when she was alone and aching, that she’d held a piece of bliss for just a few moments.

She turned around. Their chests brushed, and she gave him a half-smile. “I know Hannah might not blame me, but I do. A few more moments, it’s all we would have needed. I’d change it if I could.” When Cole opened his mouth, she placed her fingers on his lips to silence him. “I can’t, but I vow to do whatever it takes to catch this son-of-a-bitch.”

Alicia tried to convey the sincerity of her promise as she stared into his eyes. For Hannah, and this man, she’d do whatever she could to bring peace to their family once more.

“I know you would. But you can’t carry the weight of the world on your shoulders. We’ll get him.” He raised his hand to her cheek and pushed back a strand of hair that had fallen over her face. Her breath quickened at the light touch. Her body stilled.

The air crackled with electricity. She was sure he could feel it, too; the tension rolled off his body like waves in the ocean. To walk away would be the best thing to do, but for the life of her, Alicia couldn’t get her feet to move.

“You know what, Ali?” His voice was soft and powerfully seductive. “You know what I remember most about our night together?”

Alicia clasped his wrist, below where his fingers rested lightly on her cheek. She wanted to fall into his arms, burn beneath his touch again. They’d never talked about it, and she was curious to know what he remembered.

She remembered it all.

Every touch and sigh. She basked in the memory of every kiss and every pleasure.

Through many a cold and lonely night, she cherished the memories of Cole’s hard body pressed against hers, pushing her against the mattress—and the wall and the bathroom counter. She marveled at how he’d made her feel like more of a woman in one night than she’d felt in all her adult years.

Her voice hoarse and scratchy, she whispered, “What do you remember?”

When his mouth claimed hers, her body ignited with long-repressed emotions.

Hunger, mind-blowing hunger, rattled through her. It was so hard to breathe.

She only prayed she’d be able to keep him from awakening the loneliness in her heart. She couldn’t allow him to reach it and make her hunger for more than what she could have.

For the time being, though, she wasn’t going to let go of this man. Alicia lifted her lips from his, drew in a deep breath, and gave him everything she could for now.

“This fire?” She clasped his head between her hands, drew him into a kiss, savoring the taste of him once more. 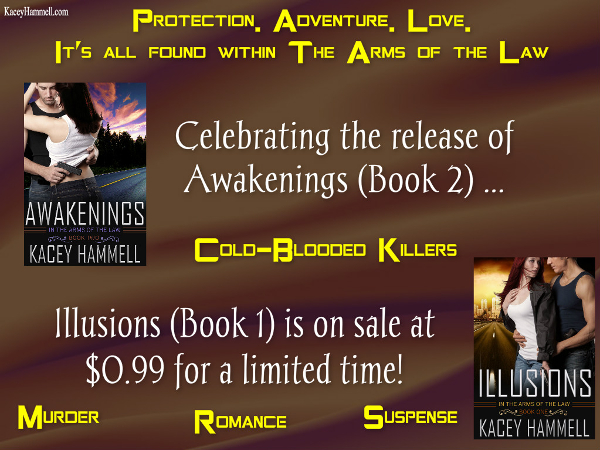