I’m happy to announce that Chasing the Chambermaid, having been exclusive to Amazon for a few months, is now also available at Barnes & Noble, Eden Books, Kobo, Google, iBooks and Smashwords. So if you shop at those places, now you can get your hands on this standalone contemporary reverse harem romance novella. 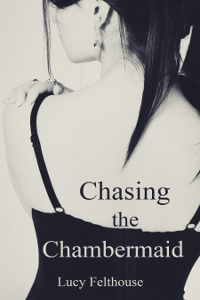 Here’s a reminder what it’s all about:

Can an exciting new outlook on life help Connie heal her damaged heart?

Connie White is running away from an abusive relationship. Fear and desperation have driven her to Bowdley Hall Hotel in the Scottish Highlands, where, despite an unceremonious start, she appears to have fallen on her feet. The owner, Frances McKenzie, is kind and understanding, and seems happy for Connie to hide out in her hotel for a while.

With a roof over her head and a job as a chambermaid, Connie is in a better situation than she could ever have hoped for. Her workmates seem nice, but she’s determined to keep them at arm’s length. After all, how can she form connections if she’s unwilling to divulge anything about herself?

Her apparent mysteriousness doesn’t faze her gorgeous new colleagues Will MacIntyre, Nico Moretti, and Ashley Fox. All three show a keen interest in her, but Connie has absolutely no intention of going there. She hasn’t fled one relationship, only to get involved with someone else, no matter how gorgeous. She simply isn’t ready for that.

When an epiphany of sorts makes her realise she’s living a half-life by keeping herself so cut off from everyone, she finally lets someone in. That someone shows her there can be something between singledom and a full-on relationship. And when casual dating is on the cards, anything is possible…

Note: This novella has been previously published as part of the Duty Bound anthology.

As I promised a few days ago, I have some exciting book news! The novel I worked on during NaNoWriMo (National Novel Writing Month) was a reverse harem romance called Mia’s Men. For those of you who don’t know what reverse harem romance is, it’s basically where a woman has several men in a harem. It’s not cheating or anything like that, more like a polyamorous situation, where the woman has romantic and sexual relationships with several men, and everyone is okay with it. Nobody gets hurt. And the female has several sexy men to get it on with 😉 Sounds great, huh? Anyway, it’s super popular just now, so with some persuasion from a good friend, I decided to give it a go. I found I actually really, really enjoyed the dynamic. Having so many characters to play with kept things very fresh and exciting as I was writing – though I admit I had to keep quite strict notes so I didn’t get mixed up and give someone the wrong colour eyes or something!

Anyway, Mia’s Men is the first book in The Heiress’s Harem series. There will definitely be three books, and there’s a possibility of more… it just depends where my muse takes me, I guess! Here’s the luscious cover, created for me by Studioenp: 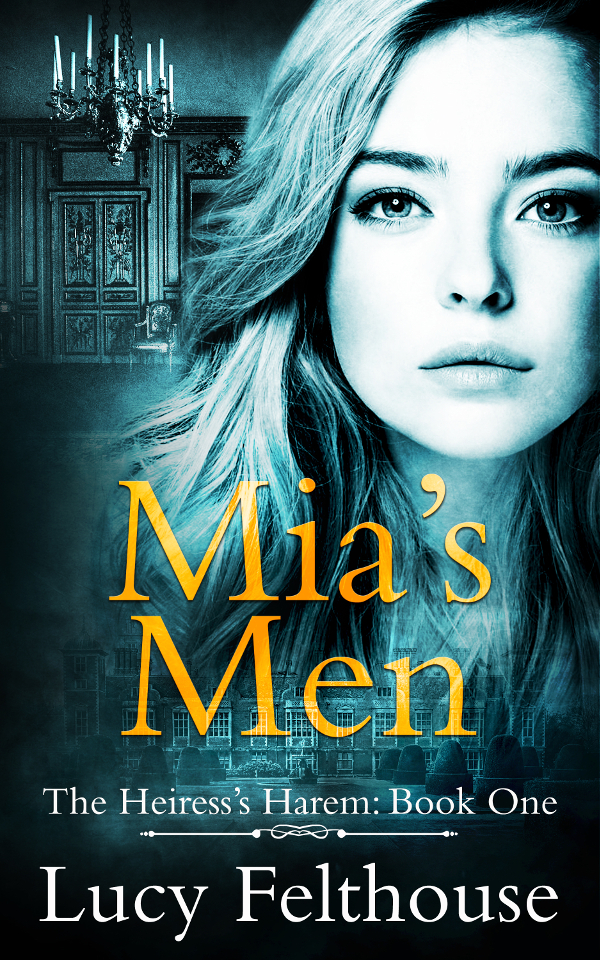 And here’s what it’s all about:

Mia Harrington’s father just lost his brave battle with cancer. Naturally, she’s devastated. With her mother long-since dead, and no siblings, Mia has a great deal of responsibility to shoulder. She’s also the sole beneficiary of her father’s estate. Or so she thinks.

Unbeknownst to Mia, her father made a change to his will. She can still inherit, but only if she marries a suitable man within twelve months. If she doesn’t, her vile cousin will get everything. Determined not to lose her beloved childhood home, she resolves to find someone that fits the bill. What she isn’t expecting, however, is for that someone to be into sharing women with his best friend. In the meantime, Mia’s friendship with the estate gardener has blossomed into so much more.

She can’t possibly plan to marry one man, while also being involved with two others …or can she?

Want to check it out? I hope so! It’s up for pre-order at the links below, but please take note – if you buy your books from someone other than Amazon, it’s a good idea to pre-order. I will only have the book up at the other retailers on pre-order, and for up to a week after release. Then I’ll be pulling the book from the other retailers and putting it into Kindle Unlimited. That way everyone gets a chance to read it. It’s hard to keep everyone happy – but I’m doing my best!