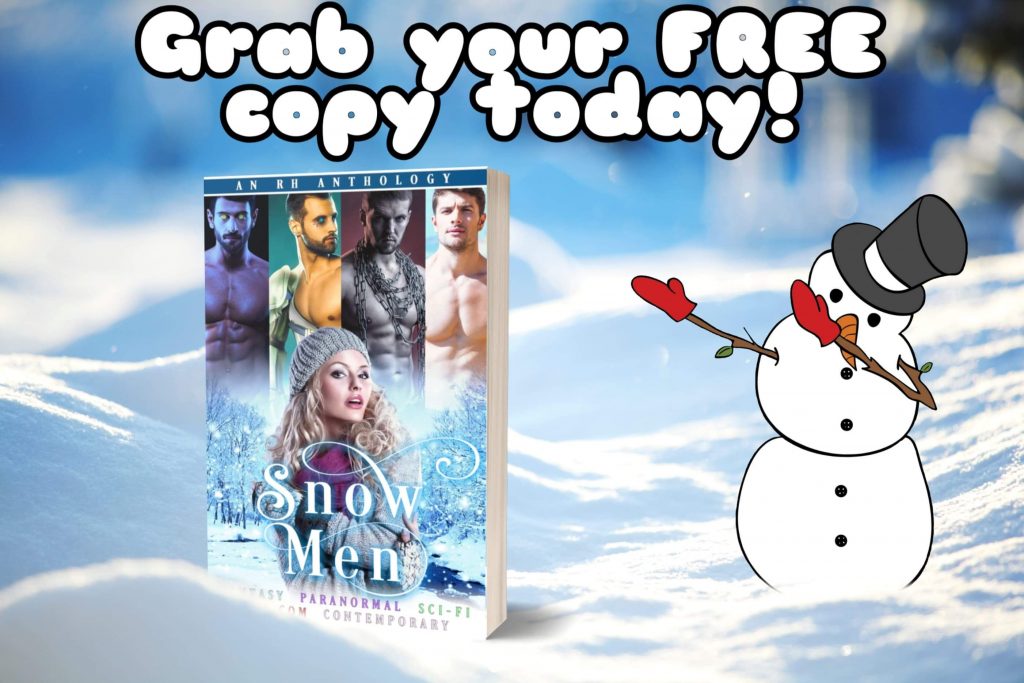 Get hot this winter with a free eBook collection.

Sample the finest RH romance with an eBook collection of short stories and steamy bonus content. My contribution is called Snowbound, a bonus story from Moonstone, so if you haven’t checked Moonstone out yet, now’s the time! Plus, you’ll get a little taste of books from 20 amazing reverse harem authors.

How Did I Start on This Path? – A Guest Post from Carrie Whitethorne/Shae Banks

Hi, I’m Carrie. I publish under two pseudonyms, Carrie Whitethorne, for my paranormal and urban fantasy romance, and Shae Banks for my more contemporary work.

I wasn’t always a writer. I was supposed to be a nurse. Instead I took a completely different path.

I followed my heart. How many eighteen-year-old girls do that and it ends in disaster?

I could have become a statistic. Instead, after weathering the storms that come with ten years of marriage, we were stronger than ever. Decisions were made, I become a mother, and every hard lesson I learned over the years turned out to be a training exercise for some of the most difficult days of my life.

Fast forward a few more years and my children were going to school, one of them against all odds, and after a minor incident one morning I found myself sitting at the laptop, writing.

Then, late 2016, I read an article about self publishing on Amazon.

By this time I had two books written, a third in progress, just sitting on my laptop and thought “what the hell? Even if I don’t sell any at least I can say I published a book,” and so the Riftkeepers series was born.

It’s been three years. I’m a USA Today Bestselling Author. I have the bug and I couldn’t stop writing now if I tried.

I have two completed series spanning nine books under Carrie Whitethorne’s belt and a third publishing later this year.

Shae banks has two books published over two series and I’m enjoying the new venture as much as I did the first time.

It hasn’t been an easy road, but the experience has been worth every trial.

I have my first signing in Sheffield (UK) this June. I’ll be fan girling all over the place, but I don’t care. This is me being where I never thought I could be.

I don’t want to be anywhere else. 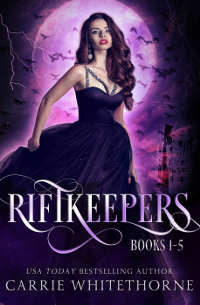 One night stands are all fun and games until you discover you’re pregnant.

Having no idea where the father of her children was, Charlotte raised them alone, dealing with the trials of parenthood as best she could.
When strange events bring her face to face with Callan McAidh, the man she hasn’t seen since that fateful night, she has no option but to tell him who the little girl at her side is.

To her surprise, he wants to meet his children.

But Charlotte isn’t the only one with revelations to share, and when Callan shows her what he is, she is thrust into a world she could never image existed- much less have come from herself.

But as well as the magic and wonder of the Fae realm, Charlotte discovers there are darker forces at work. Forces that know who, and what, she is.

Can Charlotte protect her family from this enemy while holding on to the love of her life?

This Paranormal Romance Saga will keep you on the edge of your seat as you follow Charlotte’s evolution from struggling single mother to Fae Princess in this story of family, friendship, and love.

Discover how one person can make such a difference to so many, and how a single decision can affect the lives of people you have never met. 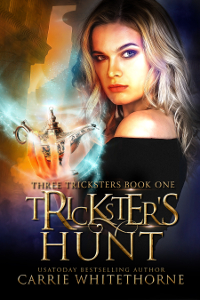 That was the plan.

I wasn’t looking for guys.

Okay that’s a lie, it’s been a long six months, but I didn’t expect Silas, Rhett, and Amos to turn up.

I didn’t believe in genies, either, until the three of them started disappearing and reappearing at will.

The truth is I wouldn’t be here without them. But sometimes you don’t always appreciate what you have while it’s right in front of you with all that bronze skin and hard abs. There’s something uniquely hot about a guy dressed as a Middle Eastern assassin defending you against an Egyptian God. I have three.

Silas has sworn to protect me. Amos, too.

Rhett… well he can please his miserable self. But they all think I’m someone important. Someone impossible.

They want to stay close.

I can see a number of benefits to having them around but do I really want three genies following my every move? 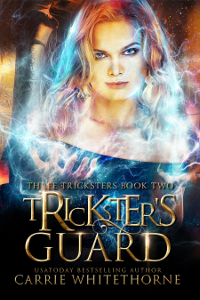 Being a Goddess isn’t all it’s cracked up to be.

I never said I was perfect. Far from it. And when I sent them away it proved it.

Now my mistakes have caught up with me and I’m wishing I’d done things differently.

Rhett, Amos, and Silas are doing everything they can to uncover the mysteries surrounding our attraction and my role in all of this, but it takes time.

Time we don’t have with a god hunting me down.

Faced with the prospect of losing everyone I love, it’s time for me to step up.

I hold the power to balance the universe.

I just hope I can work out how to access it before we’re found and destroyed. 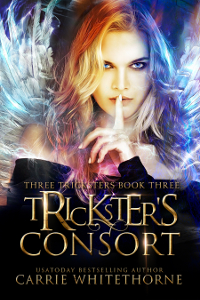 Despite the best efforts of the djinn to keep me hidden, Set found me.

I sent him home with a knife in his face.

Does he think he can break into my home, kill my best friend, and get away with it?

Maybe the old me would have let that slide, but I’m not her any more.

I’m not who he thinks I am, either.

With Amos, Rhett, and Silas at my side I’m going to Duat.

I’m taking back what’s mine.

I’ll make him pay for every life he’s taken. Even if that means razing his world to the ground.

But let’s hope it doesn’t come to that. 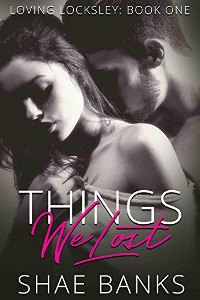 For Nathalie Johnson, securing a new job closer to home is a cause for celebration. On a night out with a friend she runs into the very last person in the world she expects to see…

He was her everything, until he took off to university without so much as a goodbye thirteen years before.

He broke her heart.

Despite her attempts to evade him, Jason is persistent and manages to talk her into coffee.

Coffee leads to dinner. And the rest, she thought, would be history. But walking away from Jason is harder than she ever thought it could be, and despite her trepidation, he wins his second chance.

Thirteen years is a long time, and people change.

Both have broken marriages behind them, and while much is shared, there are many things left unsaid.

Will a misunderstanding cause irreparable damage? 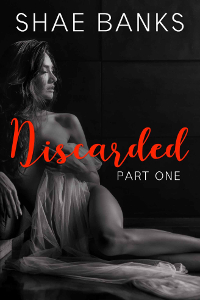 Working two jobs just to stay afloat, Bekah Daniels is short on time. Any she does have she devotes to her boyfriend, Johnathan.
But when he abandons her over the holidays, Bekah finally sees where his priorities will always lie.

Despite her efforts to break it off, Johnathan won’t let go, and when he becomes aggressive she finds friendship and refuge with her boss, millionaire chef Callum Lowell.

Their friendship takes a surprising turn, and Bekah soon finds herself not only on his books but in his bed.

When Bekah wants to further their relationship Callum has a condition; she has to hand herself over to him entirely, purging Johnathan from her mind and body.

Can she submit to Callum after all she’s been through, or is he asking too much?

You can follow either of my pen names here:

‪You can get a free ebook by visiting my websites.

I’m delighted to announce that I’m part of a super cool project with a bunch of fellow reverse harem romance writers! We’ve put together a book which contains recipes of meals/snacks/drinks/etc featured in our books. Even better, all the proceeds from the collection go to charity. How awesome is that? 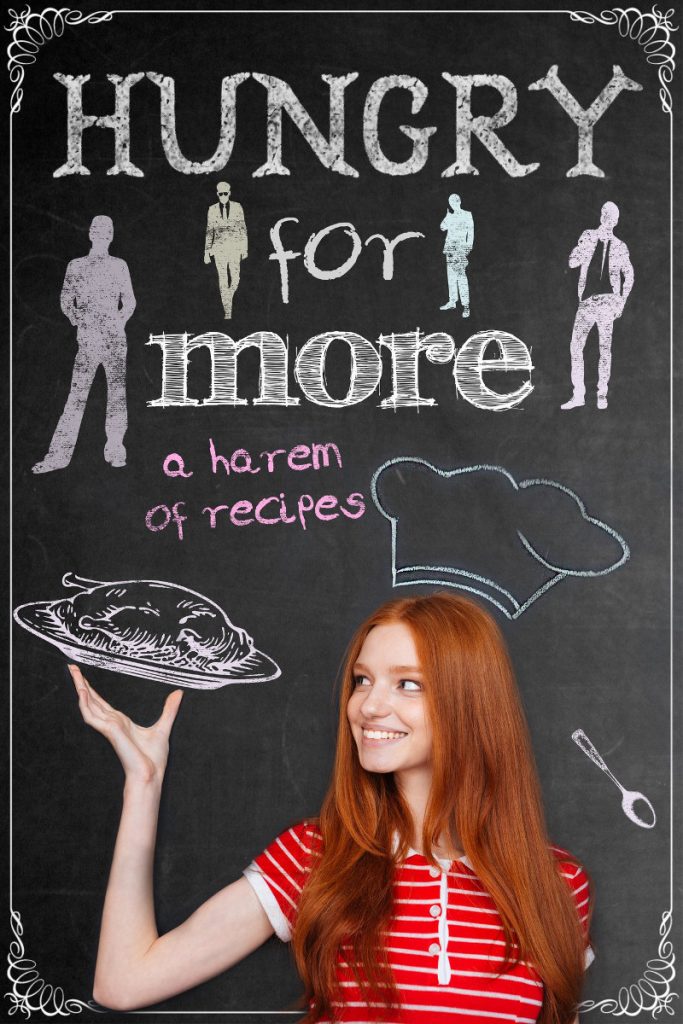 Are you longing to know how to make the delicious food you read about?

Look no further! Grab your whisk, put on your apron, and tell your harem to get chopping. From spicy to sweet, you’ll find a recipe for every occasion in this droolworthy cookbook brought to you by 21 bestselling reverse harem authors.

Get ready to try out 60+ recipes featured in some of your favourite reverse harem stories. All proceeds go to charity!

The book is due to release on 16th November (just in time for Thanksgiving) and is already available for pre-order. So, what are you waiting for? If you want to cook some of the delicious food you read about in Mia’s Men, Mia’s Wedding and Mia’s Choice, as well as a bunch of other RH books, get clicking that pre-order button. It’s only 99c/p, and don’t forget, it’s for a good cause!

Pre-order: Amazon UK | Amazon US | All other retailers