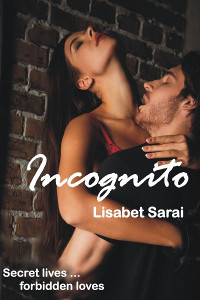 Most authors borrow from their own experience in crafting their fiction, to a greater or lesser extent. People, places, and situations from our lives get selected, altered and recombined. This helps to make our tales lively, realistic and believable.

In my most recent release, Incognito, I mined my personal history to a greater extent than usual. The novel is set in the historic Beacon Hill district of Boston, with parallel plot lines in the present and in the late Victorian era. As it happens, I had the good fortune to live in Beacon Hill myself for eighteen months, back in the nineties, and I loved every minute. As I wandered along the cobblestone streets, marveling at the ivy-covered row houses, I felt as though I were going back in time. I’ve mentioned in other blog posts that I have a peculiar affinity for Victorian architecture, fashion and culture. Living in Beacon Hill was a dream come true.

END_OF_DOCUMENT_TOKEN_TO_BE_REPLACED

My publisher has slapped a paragraph-long reader’s advisory on my new release, Incognito. Personally, I don’t like the prissy tone of their notice. On the other hand, I don’t want to offend any readers who pick up the book without a clear understanding that it contains taboo content.

That’s not how I see it, though. Incognito is, first and foremost, the story of one woman’s journey to realize and express her sexuality. Miranda’s heart-crushing initiation into sex leaves her emotionally scarred, unable to reconcile the experiences of love and lust. She’s ultimately healed by her relationship with Mark, a man who’s open and accepting of all her desires. 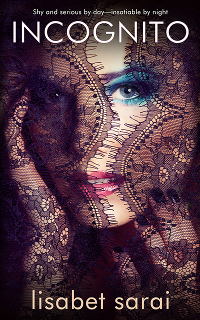 Betrayed and abandoned by her first lover, shy and studious Miranda Cahill freezes in response to any sexual attention from someone she knows and likes.

During the day, she works diligently on her doctoral thesis. At night, though, she finds herself drawn into increasingly extreme sexual encounters with strangers. Her anonymous secret life begins to take over when she discovers that the masked seducer she meets in a sex club and the charismatic young professor courting her are the same man.

“You have done well,” she said. “Both of you. And you deserve your rewards. Remove your dress.”

Under the weight of those emerald eyes, Miranda obeyed without thinking. A collective sigh escaped the audience at the sight of her taut, rosy nipples. She stood at attention before Carla.

“Those panties, too.” The Domme stroked one finger between Miranda’s thighs, making her squirm. “I imagine that they’re quite uncomfortable, being so wet.”

Miranda pushed the elastic down over her hips and stepped out of the sopping garment. Without modesty, she stood naked before the assembly, awaiting the Mistress’ next instructions.

“You are quite lovely,” remarked Carla. “A slave like you would be a fine adornment to my household.” Miranda blushed with delight.

“Now, little one, on your knees.” A bit awkwardly, the young man obeyed. His penis jutted upwards, straining toward the ceiling.

“Come here, little slut.” Miranda realized that Carla was speaking to her. She had been almost hypnotized by the swaying of the man’s penis. She obeyed as quickly as she could.

“Straddle him, open yourself, and take him inside you. But I warn you, do not move! If either of you comes before I give permission, you will be very sorry indeed.” 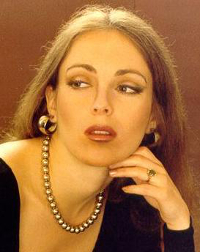